In the aftermath of the 4-5 November 2017 storm and extensive flooding and landslides, many thought they were the worst in Penang’s history.

But there was also widespread flooding in Penang on 24 November 1932, when 15 inches (about 380mm) of rainfall was recorded over a 14-hour spell. That is higher than the 372mm recorded in Butterworth (another report mentioned 315mm) on the night of 4 November 2017, which was said to be the “highest on record”, following earlier rainfall in mid-September 2017 of 270mm.

Contrary to widespread belief, Penang Hill was not an untouched forested paradise back in the 19th and early 20th Centuries. Large patches of the hills were cleared to make way for spice plantations in the 19th Century before the market later collapsed and the land was abandoned.

The British colonialists responsible for these clearings were certainly not environmentally conscious. No wonder the Scottish lawyer, editor of the Pinang Gazette and brilliant geologist, James Richardson Logan, issued a prescient warning in 1848 about the impact of hill clearings and deforestation and how it could lead to climate change. (Yes, he said that in 1848!)

Thankfully, there were forest reserves, which allowed the upper half of the hill to recover especially during the lull of the war years, but more clearings followed after World War Two.

This photograph, probably taken in the 1930s or 40s, shows Bukit Cendana (on the right/North of the Penang Hill Railway) overlooking the then Air Itam village, looking almost botak.

Did such hill clearings back then contribute to the Great Flood of 1932, especially in the Air Itam area? See this report in the Straits Times of 26 November 1932:

Let’s learn the lessons of history and take good care of our hills and prevent any further scarring and, in so doing, reduce the likelihood of surface run-off – like this ‘waterfall’ next to a hill slope on the night of 4 November 2017:

By the way, you can find an extensive collection of rare vintage photos of Penang Hill in Mike Gibby’s impressively well-researched book on the history of Penang Hill: 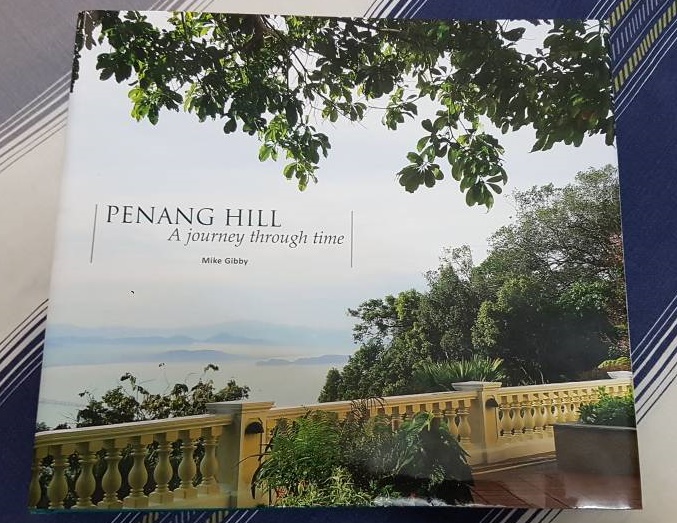 Does it mean there is no global warming and climate change? In the past there is a heavy down pour and this means a return period of one hundred years event.
If there is a heavy down pour, what can hold the water from hills down the steep hillslopes? What kind of scientist we have in usm? If vegetation can withhold rainwater, then there will no flood in heavily vegitated areas. Usm scientists are not engineering hydrologists.

“The dogs bark, but the caravan goes on”. We can “rearrange the deck chairs on the Titanic” or we can scream, but fascism (profiteering, usury and enslavement) reigns. Mean global temperature is trending to +4 to 6 degrees C (compared to pre-industrial) by 2100 if not sooner. One big “burp” of undersea methane, say from off Eastern Siberia – will start the process in earnest. There will be a wide variety of final endings for this drama of greed and insanity: – heat waves – vast fires in forests and even on the oceans (due to methane) – vast, permanent… Read more »