Many of us would think that the concern about hill-slope degradation in Penang and warnings of climate change are a fairly new development which began in the 1980s and 1990s. 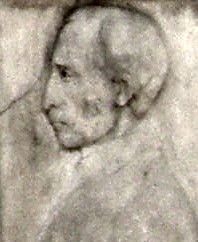 Wrong. James Richardson Logan – the man who coined the name ‘Indonesia’ and who is honoured at the Logan Memorial outside the Penang High Court and buried in the nearby Protestant Cemetery – expressed such concern in the mid-19th century in the Journal of the Indian Archipelago and Eastern Asia, which he edited. The brilliant Logan, who was ahead of his time, was a member of the Asiatic Society, corresponding member of the Ethnological Society of London and of the Batavian Society of Arts and Sciences.

Here are some excerpts from the Journal Vol II, printed in 1848:

It was remarked that the whole of the eastern front of the range [of a mountain in Pinang] has within a few years been denuded of its forest…. In Singapore the present zealous Governor has, in an enlightened spirit … absolutely prohibited the further destruction of forests on the summits of hills…. Climate concerns the whole community and its protection from injury is one of the duties of Government….

It is not necessary to cite Humboldt or Boussingalt to prove the great influence in tropical regions of forests, and especially of mountain forests, in attracting and condensing clouds, diminishing local temperature, and increasing humidity. But if the forests had no other effect other than to protect the clay soil of the mountain from the action of the sun’s rays, this alone should be sufficient to ensure their careful preservation. It is in this soil that the waters which supply the streams of the island, and which percolate downward to the lower lands, are enclosed. In ordinary seasons, when there is a considerable fall of rain, the importance of preventing the contents of these reservoirs from being dissipated may not be so obvious. But it may now be considered as a well established fact that the eastern Archipelago is subject to periodical droughts, although the laws of their recurrence are not yet ascertained. That such droughts will again and again happen, and are in fact in the settled course of nature admits of no question….

Unless government will reserve at least the steeper mountain tracts, which are not adapted for permanent culture, there is nothing voluntary in the apprehension, for it has been realized in other localities, that in some prolonged drought after the naked sides of the hills have been exposed for a few weeks to the direct heat of the sun, every stream in the island will be dried up, and universal aridity ensue. The great extent to which the plain of the mainland of Pinang has been shorn of its forest would of itself produce an urgent necessity for a stop being at once put to a war with nature, which must entail severe calamaties on the future. In those mountains of Greece which have been deprived of their forests, the springs have disappeared. In other parts of the globe, the same consequence has followed. The sultry atmosphere and dreadful droughts of the Cape de Verde Islands are owing to the destruction of forests….

We are informed that the destruction of jungles on the mountains of Pinang has been allowed to proceed unchecked for the last 2 years. If any of the residents will bring it to the notice of the Governor we are sure from our knowledge of his opinions, with respect to the necessity of preserving hill jungle, that he will not only make an order on the subject, but what is essential, provide means for carrying it into effect.*

* Sounds like a diplomatic way of putting pressure on the authorities to take action against hill-slope degradation!

Hi Anil / SooHuey IMHO 1) climate change is real and will happen. 2) anthropogenic cllimate change is mostly local rather than global, to think otherwise is overly anthropocentric and severely misplaced ego. 3) instead of trying to meddle with nature (again), we should focus on adapting to a natural cycle that is getting wetter and warmer. 3) we are at tail end of Ice Age, so the only way is up. 4) global warming is good: think of the vast tundra becoming arable and navigable north passage; and no, polar bears won’t die for lack of snow. 5) not… Read more »

Anil,
Do you know that Penang has a Land Conservation Act, 1960? This was meant to control hill cutting, at that time a problem due to farming on hill slopes. I guess our present “we must develop” mentality would have vehemently opposed such a law if it was introduced today!

Please do cover the recent “burning” issues in Penang. The LGE’s administration is behaving so erratically over so many issues.

Take for example the demo of BN Youth and Nikko ex-employees. Whether these actions are justified or not, that’s a different question. But by lodging a police report and also passing a motion at the state assembly is an indication that we are heading toward a Fascist Dictatorship in Penang.

Daniel is talking sense. We need more development not less. Hypocrites are talking with their hatred. I’m sure these are the same people given the chance, would build a gigantic bungalow by the hill facing the sea.

As I’ve pointed out previously, Penang has a lot of under-develope land and resources. The trick is to make them green and safe.

Hi,
I am for the release of Bukit Antarabangsa Landslide report. Selangor state government do a good job on trying to get it released. Khalid may face the consequent of OSA persecution because of it. Khalid has my support and we want the OSA to be repealed.

I am very surprise about all your blogs on environment, but you keep quiet on urging Gerakan/UMNO/BN Government to release BKT Antarabangsa Landslide. Penang can learn more and force PR Government to stop development on hillslopes. But as usual, Gerakan K and Ong Eu Soon are dead quiet because they will find Selangor Gerakan/UMNO are at real fault.

Of course the report should be released.

Dear Kingkong No fair-minded Malaysian would want the Bkt Antarabangsa report to be kept classified and not released to public, especially so when the tragedy caused loss of lives. That’s the reason why Anil is highlighting issues such as this so that Penang can learn from these tragedies. FYI, since the report has not been made public, we should keep an open mind as the cause(s) of the landslide has not been made public. However, if the cause is due to rampant overdevelopment or carelessness, then the authorities must be made responsible. In that case we as rakyat must demand… Read more »

I came to Penang island on last Friday. The last trip maybe 2-3 years ago. Penang island really rely much on tourism. If Penang do not move forward, it will move backwards and it will be poor state. I hope Penang will move forward more aggressively. The development on the hill slope must continue to follow like Taiwan. We can tell Penang people to stop bearing children. Neither government ask Penang people to migrant to other states. The engineering is more and more advance nowadays. Protection and proper slope protection is needed to counter the risk on hill slope. I… Read more »

Hi Anil, Just on the topic that “climate change is a fairly new development”, you may find ‘The Skeptical Environmentalist’ an interesting read (if you have time on your hands). http://en.wikipedia.org/wiki/The_Skeptical_Environmentalist http://www.cambridge.org/uk/economics/lomborg/book.htm http://www.scientificamerican.com/article.cfm?id=skepticism-toward-the-ske I’m not a climate change denier, and I believe strongly in sustainable living and support Logan’s statements in the excerpt. However, I also believe we must be open to all sides of argument because often we can integrate them into a better understanding. I’ve a copy of the book and you can borrow it for several months if you’re interested. Because of the amount of analysis and… Read more »

Actually I’m tempted to give one 2012 movie ticket to LGE so he will wake up as soon as possible.