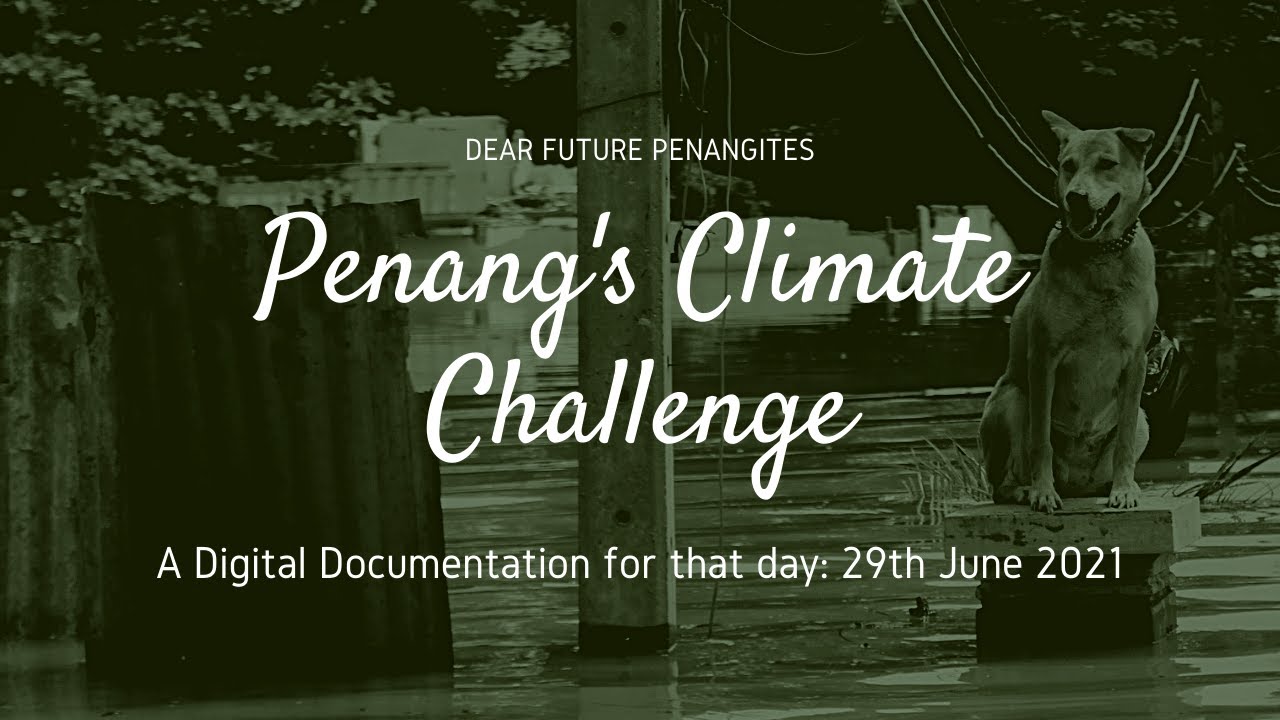 “One month’s rainfall in two hours” – where have we heard that before?. Yes, we heard something similar in the wake of the heavy downpours on 15 September 2017 and 4 November 2017. Back then, I wrote we should get used to it, with climate change looming and rainfall intensity rising.

This time, not only did we see scary gushing ‘waterfalls’ on the hill slopes overlooking Chee Seng Garden in Tanjung Bungah, but floods even struck in Batu Ferringhi yesterday. Batu Ferringhi? I can’t remember the last time it flooded there. Thank goodness there were no fatalities. But what a mess for those whose homes were swamped. Check out Andrew Ng’s video (above), which has documented what happened yesterday for future generations.

In Tanjung Bungah, we have often wondered what on earth is going on with all the gaping wounds and sudden waterfalls on the hill there. And to think that it is on these sensitive hill slopes that they want to build the controversial Tanjung Bungah to Teluk Bahang “paired road”. Good luck, folks.

So apart from climate change, are we now paying the price of the uncontrolled ‘development’ frenzy? (How many of these new homes built remain unoccupied?)

Are the chickens now coming home to roost?

For needless environmental disasters, those gorging themselves at the trough of misappropriated wealth can blame climate change. For the damage they inflict on the economy, they can blame both climate change and the “pandemic”.

makan is essential. But it is the wrapping and the containers. They are SINGLE USE and throw away after use. Throw where?? Dump site orso requires LAND. Pengland very big – plenty of land? PForum should tell greenies to bring their cups and food containers to contain the food

Singapore is ahead of us by initiating e-waste management system (recycling electrical and electronic waste) this month.
https://www.channelnewsasia.com/news/singapore/e-waste-management-system-singapore-jul-1-15123850

Penang Forum and CAP can promote such initiative in Penang?

When weather gets warmer many turn on air-con more carbon in the air them glacier melts faster and the islands sink one by one.

Anyway, Douglas Lim is like Anil constantly remind us of our fragile world.

you mean the sea level in south east asia will be higher than those in indian ocean, north sea, china sea, artic sea, Atlantic Ocean, Pacific Ocean? Battle of the bulge? Must be Pengland? Blame Pengland. Not Sink apor’s fault and not to blame

It’s an ungracious fall for Malaysia as we’re now ranked 51st in Bloomberg’s Covid-19 Resilience Ranking, below India and Indonesia!

Malaysia used to in the top 20, occupying the 16th spot when the pandemic began – now, only Argentina and the Philippines are ranked lower than us.

Even if PM Muhyiddin steps down, few good options for Malaysia’s top role

Malaysian political parties are each making secret moves behind the scene leading up to Aug 1 when the state of emergency ends, says James Chin.

What is the status of Malaysia’s flying car project?

If an entrepreneur can be sure that a white elephant project will be cancelled at a late stage, then both sides will eventually be happy with the public (national) wealth spent. The Bakun Dam is the epitome of this approach.

#BenderaPutih: Malaysiakini compiles a list of avenues where the needy can get aid

Launched several days ago, the “#BenderaPutih” (white flag) campaign encourages those who are struggling financially to display a white flag in front of their homes as a sign that they need immediate assistance.

Buildings cannot emit CO2, however dense they are.

state gomen tries to make better as teh susu said in the public transport so everyone will ditch their cars. rapid is run by commonwealth gomen. how many pforummers use rapid and kbkb on state efforts to make better and reduce air pollution and regularise rainfall

So, build timber house? timber house from where? From trees and we will cut more trees. Less trees, more warming and faster climate change. Further timber houses will attack by white ants, rot and less durable. Many mansions last more than 100 years and is at least 3 times longer than timber. It timber used, 3 times more timber in a life time will be cut. More land will be required to plant timber. To save space, we have to live like Hong or Sink land – 40 story high rise. Timber 4 story and 10 times land area will… Read more »

Most landed property owners of Penang like cement. Instead of planting trees in their housing compound, they prefer to concretise the ground with cement for 2nd or 3rd car parking. Intense rainwater cannot have proper seepage to the ground thus causing flooding.

that is old way in cave man method. now new buildings must have onsite detention tank to store the stormwater and then slowly release the stored water which is equivalent to the outflow before the development

teh susu. the commonwealth gomen can do better?? cant feed the rakyat? bendera here and there. not only white or black but rainbow colours? Turn gay, gray and grey?