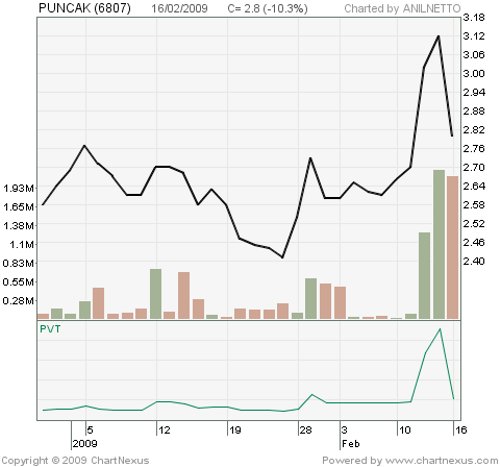 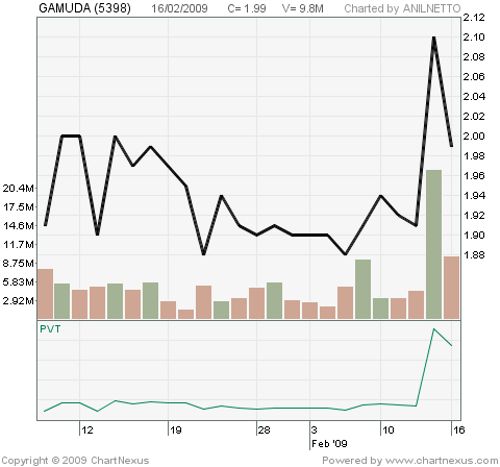 The Selangor government is attempting to take over the water assets from the concessionaires in the state, namely Puncak Niaga, Splash, and Syabas. The state government wants to nationalise the inefficient water sector – and prevent a 30 per cent tariff hike from April.

The concessionaires, on the other hand, are asking for a much higher price, based on discounted cash flow (of future profits) and future tariff hikes assuming the concession is allowed to continue.

The Selangor government wants the price to be based on asset book value plus a return on capital less dividends paid out previously.  They are arguing that the concession cannot be assumed to continue. They are offering a total of around RM6 billion, “but the concessionaires are of course asking for the sky,” said a source familiar with the negotiations.

One of the concessionaires has apparently spent RM50 million on office refurbishments. Another has paid out huge sums in directors’ fees. Open tenders have not been used in certain deals.

The three main concessionaires in the lucrative – and relatively easier – water treatment sector are:

The main company involved in the more difficult water distribution sector is:

Selangor’s KDEB is hoping to acquire the assets, hand them over to the federal-owned Pengurusan Aset Air Bhd and lease them back as the sole concessionaire.

But the existing private concessionaires are asking for a much higher price than what the Selangor government is willing to pay.

One investment analyst told me the Selangor state government could opt for a partial offer of Puncak shares if the company is not willing to play ball which could result in a delisting and greater control over the company – even if the state government holds just a minority stake.

Msians pay, pay and pay…..
all in the name of privatization and concessionaires.

How much left for foods, clothing and saving and other expenses?

Gamuda had been doing a lot of things that makes the rakyat hate them… especially the toll that increase 60% a few years ago. Write on that Anil….

PR must continue to do such things in order for the rest of rakyat to know what’s happening all these while. I’m sure there’s many others to unfold.
Like what malaysia born said, one of the reasons PR was elected to power was this.

Thanks for the report Anil.

thank you anil for keeping us updated on the issue. I don’t understand why water, a basic need and one of the most important and priceless asset was sold by the previous administration. And then, if i understand correctly, to be leased back to selangor.

The world over, water asset(s) remains in the hands of the govts and not privatised. What manner of madness is this, to allow private companies and a few powerful people to hold the selangor population (and Malaysia) to ransom!

Is that what Barisan Nasional meant by caring?

Way to go… get these blood thirsting vampires out once and for all. For the betterment of Selangor.

If you need advice on how to run a good water company, get it from you PR colleagues in Penang.

As long as the greedy hands of UMNO are not in the water company, you can be assured that the company will be better run and will goes farther with every ringgit.
Penang Water Authority (or now known as Perbadanan Bekelan Air Pulau Pinang Sdn. Berhad) is one of the unscathed and better run government linked companies in the country precisely for this reason.

This is the legacy the Toyo era left behind,now u see him trying to use all sorts of dirty dr gigi tactics to get a toe hold in the youth wing to protect his …. same formula the guy up north is trying to use his son as proxy .Allah knows what to do with these guys when their time comes.

its time to end all these nonsense. Way to go Selangor!

If i am a retail investor, i would dump my stocks in these companies.

“……One of the concessionaires has apparently spent RM50 million on office refurbishments. Another has paid out huge sums in directors’ fees. Some have not practised open tenders and have instead used negotiated tenders.”

Rm50 million for office refurbishments which (perhaps) probably costs only rm500,000 with the rest going deep into somebody’s bank accounts,on top of the directors fees!

This is the reason why PKR was elected into office….and one of the reasons why the former regime are dying to get more PKR ADUN’s to defect.

Khalid is the guy for these corporate crooks……let (them) squirm….

Gamuda sells a house at Kota Kemuning for nothing less then RM300000, they own the highway and now water…They should go play in Gamudaland..Perak and not Selangor. Please get lost.

Khalid take everything back from them. We can run a far better and efficiet show. You can run an excellent show from a rented 5 million ringgit outfit instead of 50 million and hefty directors fees…PR must name all the directors and how much was paid out. Please also list home addresses.

RM50 million for office renovations? Isn’t that obvious to one and all how much these fellas make from the poor rakyat and to splash these just on luxurious offices for themselves? Down with these private concessionaires I say! The people must get a fair deal.

It is pretty obvious to all and sundry that the two sides are poles apart.

At the rate they are going, one thing is certain. Selangor residents are in for a water tariff hike and that with the impending economic gloom, is something we can all do without.

Set the politics aside and try to reach an amicable solution asap before the tariff hikes set in.