Sydney plans to introduce a light rail system that features trams without the usual overhead cables in a bid to reduce the visually intrusive clutter usually associated with such systems.

According to a report in the Australian Telegraph, the wire-free trams are expected to run on batteries that will be recharged at stops.

To reduce investment costs, Sydney has also taken delivery of four used trams from Spain with another six more ordered. Have a look at the used trams here. 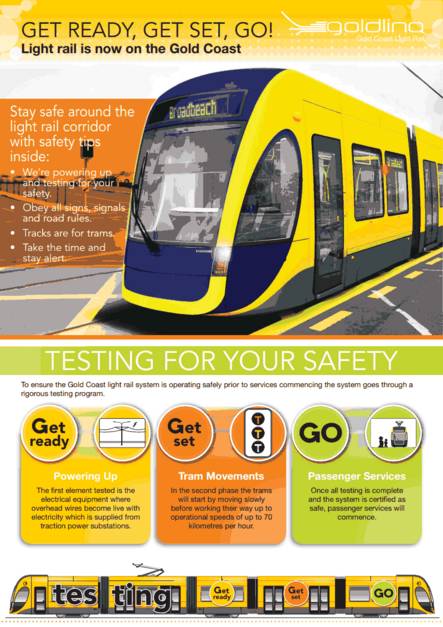 See a photo of the tram here.

Thanks to Ric Francis for the heads up.

By the way, if you are tired of traffic jams and want public transport to be improved, register now for the “Reclaim our streets: Towards sustainable public transport” forum in Penang this Saturday afternoon. It is organised by Penang Forum and Working Group on Public Transport. Gurmit Singh and Chow Kon Yeow are the keynote speakers.

An issue that make use of 3000~4000 ringgit electric bicycle for individual can solve, why asking for multi-billions dollar white elephant?

Just the thing for our clogged cities like KL and Penang.

With the present disconcerted effort of digging up roads, tarring up & digging up again, what can we expect if ever a systematic build & smooth maintenance of wire-free trams in inner city George Town? Even the disaster section of Macalister Road is opening up scary holes due to our so-called expertise in road repairing? We should go for the cheaper tram option, never mind the unsightly overhead wires which add an ambience of old world charm. Unless one is practising with 25ft Chingay flags on public roads every Sunday! I believe trams in inner city is viable both for… Read more »

The system cost quite a bit more. Penang can’t afford the cheap one already, what is the suggestion here?

MRT or LRT is still the way to go. Buses are great in theory but not reliable in Malaysia – only because its poorly run. A few years back, I tried to take a bus from Kelana Jaya after a satisfying train ride, I looked at the time table, at it said another bus will come in 20 minutes. So I waited and waited, but the bus did not come. I asked the employee how come – he said I “missed” the bus. I waited for the next and sure enough the bus did not turn up. So I took… Read more »

syma a
Reply to  Tigerz67

I hope we are still around when MRT & LRT a reality in Penang. If you remember the simple overhead “highways” at Bayan Lepas took years to be ready. So the MRT/LRT management may not necessarily better than that of RapidPenang.

If you enjoy “Bus Pajak’ wait till full before moving buses, you can enjoy them when you go to Johor Bahru. May be you can ry that out and recommend it to Penang Gomen own mini bus pajak system.

Anil, in the artist impression, the brown building at right looks like Standard Chartered Building @ Beach Street, while the distant tower like Komtar Tower! Coincident?
Let’s hope for tram to realise in old world charm Penang.

Ahh, I didn’t think of that, but now that you mentioned it ….

Years ago there was talk to resusitate the old electric tram lines in the city . Thatbwould have been the most economical solution and maintain the charm and history of the city .

Perhaps, Penang should also do a feasibility study whether such trams are suitable to be implemented to reduce congestion and upgrade in-line with modern cities around the world instead of coying with Monorail system that need to construct unsightly structures.

Can forget about Monorail system in Penang island. It’s self shiok during Pak Lah-Penang Times Square promotion. Simply becoz not cost effective for a population of less than 1 million on island. So i hope everyone understands that and put this to rest unless with Project IC with more migrants into Penang to boost population hence justify monorail. As for Trams, it shall be cost effective to implement in heritage Penang if millions of tourists arrival can justify that. Weird for you to take a tram to Bayan Lepas FTZ from let’s say from Komtar. So more buses like Rapid… Read more »

The cheapest and fastest way to solve traffic ja woes in Penang island is to impose fees for using the busy road and to introduce more public buses plying the roads and streets.

And of course very important how to shake off the “bin chui” matter.