The following statement is by Mohideen Abdul Kader of the Consumers Association of Penang:

he Consumers Association of Penang (CAP) calls on the Penang state government not to build a cable car connecting the Botanic Garden to the Penang Hill summit as it will have serious consequences for our environment and health.

The wellbeing of the people and the integrity of our environment should not be sacrificed at the altar of tourist dollars.

The provision of a cable car would lead to the construction of hotels, restaurants, theme parks, homes and roads to cater for the increased number of tourists and residents. Such development will have disastrous impacts on the fragile hill environment and endanger ecological balance.

Last November, before the federal allocation of RM100m for the cable car, Penang Chief Minister Chow Kon Yeow announced the building of two hotels on the hill, one in a forest reserve area and, in January this year, he said Penang Hill could be turned into a premier holiday destination like Genting Highlands.

Such building activity is bound to lead to loss of forest cover and pollution of streams on the hill. It will result in the reduction of habitats and the consequent extinction of valuable plants, animals, birds and insects.

Its impact will also cause soil erosion, degraded land slopes and increased landslides. The authorities have obviously not learned any lesson from the storm and the floods two years ago which caused massive landslides, uprooted many trees and cut off communications on the hill.

Currently, more than 5,000 people go up the hill daily and this is already exceeding the carrying capacity of the hill. Any further increase in the number of visitors and residents, as planned by the government will produce a substantial hike in the consumption of resources – food, water and energy – and production of waste.

READ MORE:  Alert: They are trying to push through that RM8bn six-lane highway

Waste can cause great damage to the hill ecosystems. The hill does not have adequate sewage and waste disposal facilities to handle the waste generated by large numbers of tourists and residents.

The cable car station is to be located in the midst of the Youth Park and the Botanic Garden. Thousands of people – children, men, women and senior citizens – go to these two major open parks for exercise and to enjoy the peace and tranquillity in the green surroundings.

The effect of placing the station there will be to exacerbate the traffic congestion there and in neighbouring areas. Atmospheric and noise pollution will reach unacceptable limits and ruin the pleasure of those who patronise the park and the garden. Tourist buses and private cars will spew out dangerous exhaust gasses and produce irritable noise.

The construction of the cable car and the ensuing human activities on the hill and the station will produce large amounts of carbon dioxide and thereby increase our carbon footprint. This is in clear violation of Malaysia’s commitment under the UM sustainable development goals to reduce the carbon footprint.

The federal contribution of RM100m could be better used to provide affordable housing for the lower-income group and to improve public healthcare.

Our leaders and many other leaders in the world are wedded to the neoliberal model of economic development. They are like lemmings, blindly pursuing the path of economic growth, leading to the destruction of our environment and global warming that threaten the very survival of our planet.

READ MORE:  Quietly, quietly, an ad appears in the papers

What would be the best 2020 gift for Penang? 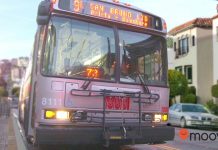 Anil mentioned about monster flood hit Penang in 1932 ….so over development that supposedly cause flooding already an issue back in 1932 huh ??

Large sections of Penang Hill had been stripped bare around that time.

Why strip bare? 1932 has tractors, bulldozers and trucks or Malayans must be kuat kuat can strip bare. But recovery and regeneration very quick less than 40 to 50 years.

This is my feeling after Penang Forum’s member and representative in Seberang Perai City council Cameron Kang Yau Chuang got caught for vandalizing several bus stop in George Town by pasting sticker promoting his company’s application…..total disregard of law and order, a member of self proclaimed “civil” society and a city councilor no less…what a disgrace !

Can Penang Forum organise a clean up of the bus stop and maybe your own organisation …perhaps..?

Another simple indication of what democracy is really all about. Capitalism gains from the cutting of corners in the adjacent construction, renovation of the victims’ houses, purchases to replace damage, insurance and even a few big rectification contracts — under which cronies will cause an even bigger mess. GDP and “wealth” goes up. So, that must be good, right? As Mahathir once said, don’t be against progress.

Stay in high rise condo then no fear for rising flood water. Need to adapt to change, change of environment.

Maintenance: Are the residents of flats and condos happy, as in S’pore? You know the answer.

Structure: For the collapse of Highland Towers, KL, the scapegoat was a draughtsman. The court ruled that the authorities were all innocent.

We get reports of cable-car accidents, say one every few years. We must not expect out honourable tuans to (a) set the safety standards (b) keep overseeing safety precautions. So, (a) what will be the insurance coverage included for each passenger (b) how fast will it be paid?

“Build, build & build. If I don’t do these things, I will be voted out!” This is the useless mentality of our present politicians who have nothing better to offer besides tangoing with developers in the name of development! Use your God given kidney-brains to think out of the box. What can you do even before you are voted, what you have in mind & promised with lots of salivas to the voters before you are voted but didn’t follow thro’ after you are voted. No more excuses like you will be voted out comes GE15. Hello, state lawmaker Daniel… Read more »

In Malaysia 93% of current jobseekers admit they would consider leaving Malaysia to work overseas.

In the recent poll by recruiting experts Hays, 84% would leave for better job opportunities, career development or exposure, while 9% would leave for lifestyle factors. Just 7% would not consider leaving Malaysia to work overseas.

Very soon most Malaysian young folks will have to go overseas to earn a living because there is simply no good jobs locally and Ringgit will continue to be weak and flaccid.

What happened to Philippine decades ago will happen to Malaysia. A very sad trend since too many graduates locally but the basic at is still low.

Most Malaysian firms are not competitive (too internal focus), lack value-added input (not creative, lack innovation) and unproductive (not efficient) to gain good profit from external market.

If you increase base pay with no productivity improvement, cost of doing business will go up and cost of living will go up in tandem – I.e. no real wage increase at all! Ringgit is still very weak, a reflection of our economy and competitiveness.

PH should appoint more ( at least 50%) technocrats as ministers and do away with people like this Syed , mazlee and other incompetent ministers . Most of the political parties lack men & women with leadership & technical qualities . Forget about balancing among political parties , race or religion . Need the right Malaysians in the cabinet , not corrupt or incompetent politicians .

There isn’t any reforms in the GLCs, they are still helmed by corrupted leaders with the same mindsets. Mahathir ensured the GLCs corruption and cronyism culture continue but making himself the main control person in the GLCs via Khazanah. He did the trick by taking out all GLCs from the Finance Ministry and place them under the purview of his puppet Azmin Ali in a redundant Economic Affairs Ministry. With that, the duo ensures that the GLCs are running business as usual, just like the days of BN/UMNO. It’s clear that Mahathir and his Pribumi Bersatu (plus Azmin) are set… Read more »

Why always go sengat off tropic? Subject here is on peng land hill. But peng land lang like to talk different things. It is like hen and duck talking.

Readers are saying things that Anil is afraid to say today regarding the current local political landscape?

Those saying are hiding their names. They can and will do any and every thing Further they are scream down here to ease their frustration.

Under Azmin Ali and his redundant Economic Affairs Ministry, the GLCs are still continuing their culture of corruption, wastage, cronyism, patronage and racism, it’s business as usual with hardly any reform. Both Mahathir and his puppet Azmin are controlling the GLCs and driving them to the ground.

No hope as long as the spineless Cabinet and Parliament/reps don’t stand up to the “national” leaders who think they are a gift from heaven. Ministers/reps who cannot get a proper response must either cause earthquakes by resigning from posts/ruling party, or sack recaalcitrant civil servants. Once they have tasted power and higher income, they evade open dissent. Instead, they say convenient stuff, e.g. “party discipline”, “unity” or “we leave it to the party/gomen”.

If peng land hill has a limit to sustain building and people, isn’t it the same with peng land island? But peng land lang not willing to relocate. Say love belum, tengah or bawah valley but rather move to high rise condo rather than belakang mati like the sebarang. Same with someone says migrating to pas Kelantan but still hanging in Pinang.
Since people are not willing to move out from peng land what choice except gomen has to create more land by reclaiming more land from the sea.