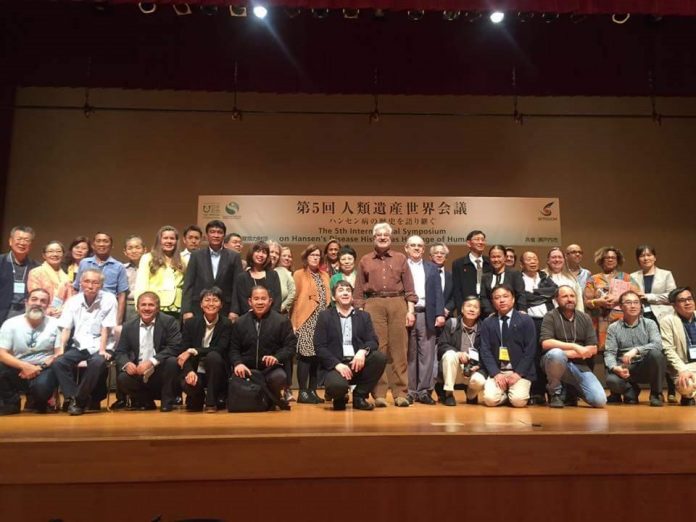 Well, whaddaya know! Pulau Jerejak has shot into the international spotlight with 30 scholars from 16 nations supporting a petition to save Pulau Jerejak.

The petition was launched by the Sungai Buloh Settlement Council at the Fifth International Symposium on Leprosy History as Heritage of Humanity in Japan, reports our correspondent. 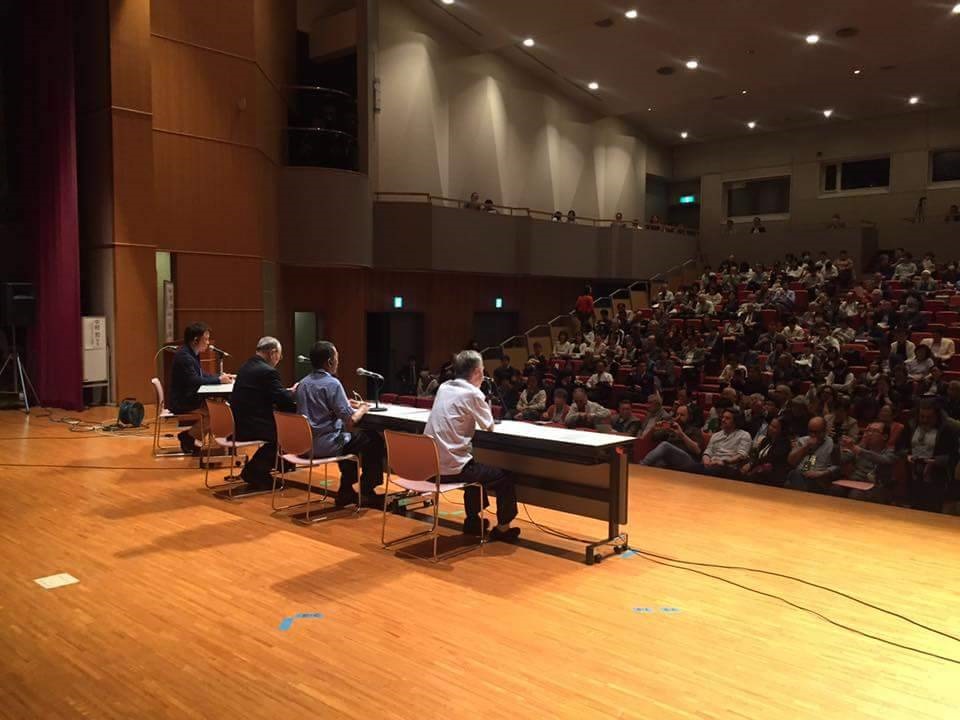 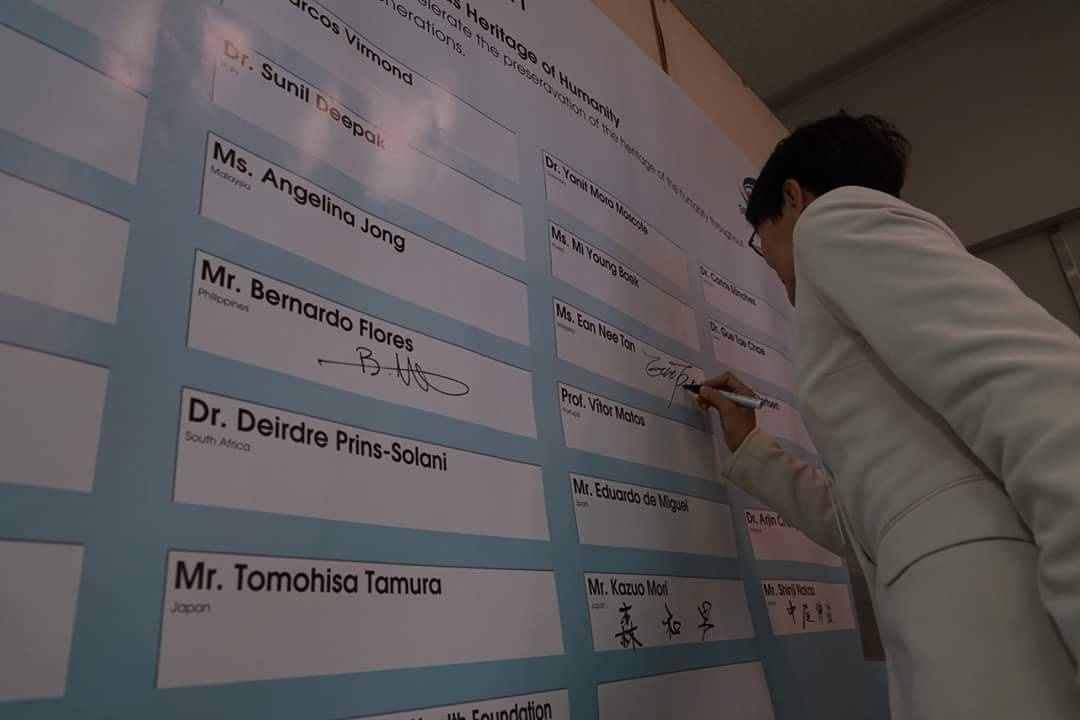 The scholars also supported the call to nominate the Sungai Buloh Settlement and the Pulau Jerejak Settlement for Unesco World Heritage listing. 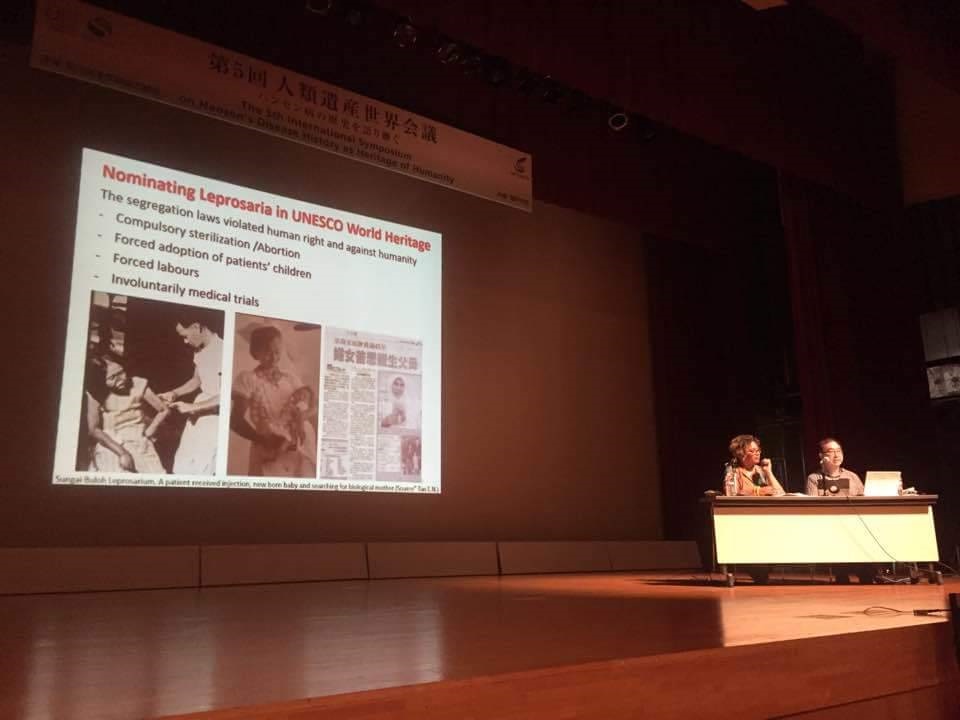 The petition will be sent to the Penang state government, the Department of National Heritage, and the Ministry of Tourism.

News of this petition will no doubt encourage another group of concerned Penang residents and other global citizens who are ushering in a day of prayer and meditation tomorrow, Sunday, to #SaveJerejak. As the clocked ticked to the day of prayer, a heavy downpour bathed the area around Pulau Jerejak.

It is great that the call to save Pulau Jerejak has received international support. Hopefully, this will open the eyes of more people in Penang to the treasure that we have.

I. We, the Sungai Buloh Settlement Council, representing the Sungai Buloh settlement’s community (some of us were originally from Pulau Jerejak settlement), demand that the Penang chief minister, heritage commissioner，and minister of tourism and culture impose an immediate moratorium on the development plans and preserve all historic structures on the island under the National Heritage Act 2005.

II. Since Pulau Jerejak Settlement was established in 1871, it has been the only home and final resting place for thousands of our brothers and sisters who shared the same faith as us.

III. Besides providing treatment, the island had been the place we lived, studied, worked, set up families, gave birth and perished. Many of us have spent our entire life in the settlement due to public health policies. It was only in October 1969, that we were forced to move to the Sungai Buloh Settlement.

However, the cemeteries of the former leprosy patients are still intact on the island, and the oldest grave dating back to 1891 is located there. Remnants of a church, a community hall, prison cells, wards, quarters, water reservoirs, bunkers etc are all scattered on the island. We hope for the island and its history to be preserved in its entirety as a treasure to be handed down to future generations.

IV. During the olden days, the patients in Pulau Jerejak were allowed to marry among themselves. However, the married couples were not allowed to raise their children on the island because of the fear that the children would be infected if they lived with their parents. This has caused infants born to Pulau Jerejak’s patients to be sent away for adoption or taken care of by the patients’ relatives or friends.

Among those children who were given up for adoption, some of them came searching for their biological parents after knowing their real identity. In recent years, we have had descendants from Australia, New Zealand and locals who returned to search for their roots in Pulau Jerejak. The island is a sacred and important place to help them restore their family history.

V. Every Pulau Jerejak resident has his or her own history, memory and story. Every surviving building and structure on the island depicts how they were treated, lived, and struggled under leprosy segregation policies. These remnants should be preserved, and our sacrifices for the reasons of public health policies should be commemorated.

2.0 The significant socio-cultural and historical value of Pulau Jerejak Settlement

I. Pulau Jerejak Settlement is the oldest and longest full-scale operating leprosy institution in the nation, from 1867 to 1969. It was an important testing ground for the British to examine their leprosy segregation policies and medical experiments.

II. Pulau Jerejak Settlement has been a globally well-known leprosarium from the end of the 19th Century to the 1930s. The island has been visited by many prominent persons, such as the 19th Century English female explorer, Isabella Lucy Bird, His Serene Highness Prince Sakol Varavarn, and famous medical men such as Souza Araújo, a Brazilian leprologist; Etienne Burnet, secretary of the Leprosy Commission of the League of Nations; Fumio Hayashi, a Japanese physician and leprologist; and HW Wade, the medical director of the Leonard Wood Memorial Foundation.

III. The enlightened policy of treating leprosy patients in humane and self-supporting ways was first examined in Pulau Jerejak Settlement from 1923 to 1935. The same idea was used by the British as a precedent to create a more comprehensive leprosarium in Sungai Buloh Settlement, an internationally acclaimed leprosarium model.

IV. The formation and development of Pulau Jerejak Settlement is a critical piece of the nation’s architecture history. The settlement has witnessed a complete typological evolution of leprosy institution, from a single ward into a hospital complex, and from concentration camps liberated into human settlements.

3.0 Other significant socio-cultural and historical value of Pulau Jerejak Settlement

It was where many Malaysians’ ancestors, mainly Penangites, first landed and were quarantined before they were allowed to find their fortune in the country. The quarantine station (1877-1940) was one of the biggest quarantine stations in the nation. It could accommodate 4,000 people at any one time.

From 1948 until the early 1950s, more than 700 suspected communists and left-wing political activists were detained in a detention camp on the island. Some prominent political prisoners who had been incarcerated on the Island were Rashid Maidin, Ustaz Abubakar Al-Baki, Dr Burhanuddin Al Helmi, Ahmad Boestamam, and SA Ganapathy.

From 1969 to 1993, Pulau Jerejak was converted into a high security prison. It was called Malaysia’s very own Alcatraz Island.

I. Preserve and protect all remaining historical buildings and relics on the island such as
(a) The Leper Camp 5
(b) The Leper Camp 2 (the Eurasian Camp)
(c) The old Catholic church at the former Leper Camp 1
(d) All the cemeteries and tombstones
(e) The 1930s prison complex
(f) The three surviving barrack buildings (the former quarantine station)
(g) The water reservoirs and the underground water container.
(h) The existing infrastructure such as old jetties, seawalls, and routes.

II. Gazette the remaining historical buildings and relics (including its immediate buffer) as a national heritage site under the National Heritage Act 2005

I. All the remaining historical buildings, relics and structures on the island should be fully preserved and inherited in regard to its significant position and crucial pieces of the nation’s history of medicine, immigration and penal institution.

II. The occurrence of leprosy is a sad event in human history which provides valuable lessons to our younger generations, about the sense of righteousness in dealing with human segregation and diseases. The meaning and value of the cultural landscape of Pulau Jerejak settlement can still be understood and appreciated if all remaining structures and buildings are preserved, conserved and restored.

This petition is initiated by the Sungai Buloh Settlement Council.

This petition will be delivered to:

Have they sent their petition to UDA and Ideal?

Tropical Island Resort Sdn Bhd (TIRSB) has a joint-venture agreement with Q Islands Development Sdn Bhd (QID), a subsidiary of Ideal Property Group, to redevelop the Jerejak Rainforest Resort & Spa and the 80 acres of land owned by TIRSB on the island.

The press release is very touching (to those with human souls). History, heritage & human values are not something we can mindlessly thrash away in the name of development. Pulau Jerejak has a soul of its own, a soul that links with countless souls (disembodied & of the living) still searching for connectedness to relieve the pains, a soul feeling with great empathy for those afflicted with disease or sentenced to incarceration, & a soul still whispering beyond the moss-covered walls of ruins or weathered tombstones speaking to those who care for the conservation of this threatened heritage of an… Read more »

The prayer for Pulau Jerejak:

I love you
I’m sorry
Forgive me
Thank you