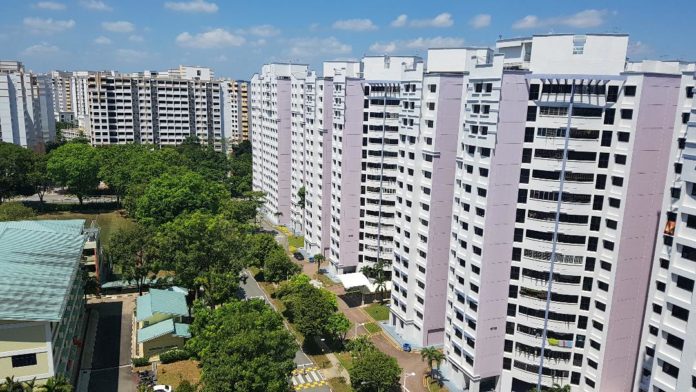 Some time ago, representatives of an established foreign university with linkages to Malaysia travelled to a few places around the country to guage what kind of a demand there would be for an urban planning course, which they thought could be introduced here. I heard they dropped the idea as there didn’t seem to be much of a clamour for such a planning course.

I was in Singapore over the weekend and one of the things that caught my eye was the urban planning in the island republic, which incidentally has a smaller land mass than Penang state.

Despite its population being over three times larger than Penang (5.6 million vs 1.7 million), Singapore does not appear as congested.

Take a look at this photo (above) of a typical public housing area packed with high-rise Housing Development Board apartment blocks. Unlike in Penang, it is quite rare to find residential tower blocks over 40 or 50 storeys in Singapore, except perhaps in the latest projects. And they are well maintained, equivalent to mid-range private condos in Malaysia.

Yes, it looks dense, but at ground level in Singapore, you don’t feel it. Instead, the visual impact is quite pleasing – lots of green spaces and shady trees between tower blocks. (This is unlike what you would find in KL and Penang, where much of the flat space is paved over or concretised or eaten up by parking bays.) Full article on Aliran website 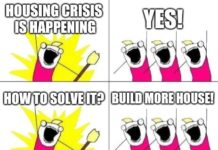 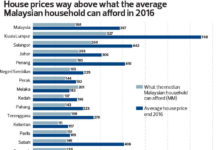 Affordable housing: Relaxation of rules – whose interest does it serve?

Anil should encourage Penang state councillors and Penang Forum members to lawat sambil belajar in Singapore. I am sure there are many good initiatives that could be adopted in Penang. A visit to HDB and it’s Town council will provide plenty of opportunities for learning.

In Singapore, their elected representative is of high qualification with actual degree. In Malaysia, sadly there are many fake politicians. E.g. Niao Kong aka LGE is not an accountant, he (allegedly) tricked us into believing so. I doubt he is qualified to be our finance minister.

You only graduate from mamak warung. Monash is one of top 5 uni in down under. Dr wee does not know monash offers civil engineering and law as construction can involves billions of ringgit. Yr boss finished with industrial economics. Good in China pek smi.

Be careful, he may sue!
Anil, what say you of LGE’s qualification at what level of accountancy?

LGE where is the prudence when we start investing in a Third National Car and Kulim airport? Talking of reviving Formula 1 at Sepang? Removing RM20 electricity subsidy?

Please do not anyhow squeeze tax payers and then spend monies on such projects. Or are you trying to improve your personal KPI?

Our broadband is so slow as those who enjoy the monopolies are not investing back but paying their CEOs fat dividends. Also no need to ban Android TV Box since Astro had been cheating us with repeated programs and lots of annoying TV ads especially that irritating BangDuDu!

Ku lim airport so that peng land airport can be relocated to Ku lim. Tung land and ngos complain on hill cutting and reclamation. With air port in Ku lim air port land can be used for development.

Agree with Honor that Astro sucks!

Go to Singapore instead of countries like Turkey to learn namy things can save taxpayer money.

Finally Anil has stepped foot on Red Dot and now can relate to many comments concerning SingKarPoh.

Shriek Wei and Tunglang can provide value added comments to spur Penang 2030 vision overlooked by Chow if only they can spend some time in SingKarPoh to get fresh practical ideas for Penang.

He need to visit Singapore, just like Anil to change his perceptions and paradigm.

YB Sim hould provide free shuttle bus service for BB folks to get to the library with ease.

BlueSG is the first electric carsharing service launched in Singapore. Members will have access to a network of shared electric vehicles 24 hours a day, 7 days a week, at self-service locations throughout the island.
https://www.bluesg.com.sg/

In Malaysia, every household member has own car, instead of sharing one.

Transporting Singapore into the future:

In singapore you can depend on public transport to get to your destinations. Cars are luxury unlike in Penang where most must get one upon getting a job causing terrible sights on road also hazardous carbon polluting your hearts and minds.

No KDNKK to monitor and control fishes and vegetables prices.Wasting taxpayers money to maintain one ministry

Singaporeans know their HDB flat bought with their CPF that will appreciate in value, providing retirement money when they downgrade to smaller units during their empty nest period. Singaporeans also know that cars are expensed items with high COE cost, depreciated to practically no scrap value after the allowable 10 years on the road.

Unfortunately most Malaysians do not have such mentality in their fixation for car ownership.

Do you feel the pain spending your Ringgit in Singapore? Maybe not if your trip is sponsored by anti-illicit gambling agency.

Anyway, hope to read more about your findings from this trip.

Yes three times to a Singapore dollar is painful!

if Penang Forum has its way, Ringgit will drop to one tenth of Singapore Dollar’s value….hehe

The plan of introducing peak-hour congestion charges in Kuala Lumpur in place of tolls should be emulated by Penang although there are no tolls to replace on the island’s traffic-congested roads, said civil society groups.

They said it is good to have people pay if they choose to drive during peak hours as this will reduce the number of cars on the roads.

Anil please share with us your other findings from your Singapore trip.

Too short a trip for him?

Who to trust nowadays to protect our forest reserves? State gomen, Federal gomen or the royalty? Teeing off in a forest reserve https://www.malaysiakini.com/news/463891 SPECIAL REPORT | In brochures and showrooms, Forest City’s most iconic feature is its high-rise living spaces draped in dense foliage. Described as a role model for a sustainable smart city, it is meant to be smart, affluent and, as its name suggests, green. However, it seems that the Forest City Golf Resort would find it difficult to boast of such green credentials. A short drive from Forest City is the Sungai Pulai Forest Reserve, gazetted in… Read more »

“Those who will not learn from history are doomed to repeat it”. I wish we had such luxury of learning and repeating, but it is not to be.

It will be fine, Penang gonna have plenty of land near Gurney Drive. More houses for Penangites and more car parks for cars.

Anil would be disappointed that the much superior BRT does not exist in Singapore….hehe

only few months back , Anil loathed the idea of Penang following Singapore’s path now he is praising Singapore to high heaven like no tomorrow ……hehe

Anil can interview Singapore transport minister Khaw Boon Wan Minister who was from Penang, who attended and graduated in Chung Ling High School and Anglo Chinese School of Penang.

I think he would be busy sorting out the MRT problems!

at least he is not busy picking up bodies from BRT accidents….hehe

Anil, can you see any hills in sing land. The highest hill is bkt gom bak only 300 ft high dwarf by hdb flats. No need to go south. I just google in satellite mode. Singland is highly brown in colour which is sign of human activity as compare to peng land. Singland looks spacious as the island more flat than peng land

Anil only sees what he want to see….typical Penang forum mentality…LOL