Unknown person(s), believed to be mischief makers, put up a provocative banner outside the (Catholic) Church of the Nativity in Butterworth. It was removed by the church when it was discovered this morning.

The banner was found near the entrance to the church premises early this morning, when Sunday Masses in Tamil and Bahasa Malaysia were due to be held. The priest told the congregation he did not know who put up the banner, and the church took it down.

I suspect the open display of the banner is aimed at fuelling Muslim anger against Christians.

In recent days, there appear to have been concerted attempts to stoke up ethno-religious tensions in this Pakatan-ruled state. I am sure most Malaysians won’t fall for such ploys and tactics.

The Church of the Nativity in Butterworth is about 4km away from the Sunway Carnival in Seberang Jaya, where a protest was held by pro-Umno groups on 18 January. Another protest, this time by the anti-price hike group Turun, is expected to be held at around the same venue this afternoon.

READ MORE:  Two New Year wishes - and a 'free gift' for you 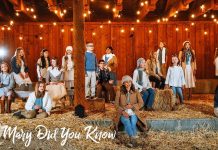 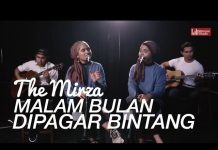 These people tired of living.looks like they itching for war. Learn from Syria.

Now whoever has painted and hung this banner make it mandatory to STOP Christians from using the word `Allah’ as ruled bu the Sultans of Malaysia and the Fatwa council as well as the YDP Agong.
Some irresponsible person have seen it fit to trivialise and make fun of Islam and `Allah’ to whom Muslims worship, in Malaysia.
LET us hope no one is fool enough to cause bloodshed for their irresponsible acts of provocations!
May13 is about race do not jeopardise harmony and co-existence with the wrong messages!

even kangkung can also be a spark to start the fire of May 13 incident once again, as Perkasa has made such threat and the police chose to close both eyes.

Christians have been under attack for more than two thousand years. Same crap, different day. I suggest not to respond and remove the banner each time you see it. They are provoking to force a response. Do not respond.

If Malaysians don’t wake up soon there is going to be a point of no return. All racces and religions need to talk peace. … I see that (some) are purposely fueling anti religious violence. I think its time for organisations like FACES WITHOUT RACES to stand in unity to change the stoney hearts of troublmakers.
Anil its time to call for a day of prayer with fast and abstinence and invoke the good Lord to bring peace and understanding back to Malaysia

Good idea, Mike. I hope the religious leaders will take it up.

Anil,
Meanwhile, this atheist has provided a solution. We should use Elohim for God in BM……..Hahahahaha

The Christians should just accept that there is no chance so long as BN is still in power, and spare us any possibility of religious confrontation affecting everyone.

The banner in your photo is identical to the one seen outside the Victory Lutheran Church at Island Glades this morning. It has been taken down in the meantime. You could contact that church for confirmation.
I suspected that something was not right the moment I saw the banner. Christians would never make such a proclamation, it sounded too much like the Muslim “God is great, and Muhammad is the prophet of God”. Clearly someone is out to provoke.

The same type of banner with the exact wordings was outside the Lutheran Church at Island Glades also, at around 6.30am.. but you can obviously see if would NOT have been put up by the church people as it was hanging haphazardly across the hedge at the fencing.