The discussion in the bishop’s office centred on the differently styles of decision-making and consultation (both advisory and binding), within the Muslim and Christian hierarchies and noted some similarities in how decisions are reached within the respective faiths.

Inevitably, the Allah controversy was raised, and Sebastian said he was not perturbed; he believed the Spirit was working in the entire episode and that a “purification” would come out of the whole process.

Dzulkefly for his part said it was important that the debate – no, he preferred to use the term “conversation” or dialogue – should continue among people of different faiths.

Sebastian later handed a copy of the memorandum by the Christian Federation of Malaysia (which groups all the churches in the country) and another by Archbishop Murphy Pakiam, the president of the Catholic Bishops Conference.

Dzulkefly then presented Sebastian another colourful cake – this time, purple, which coincidentally matched the shirt the former was wearing. Sebastian joked to the bemused toxicologist-turned-politician that purple was a colour usually associated with bishops. 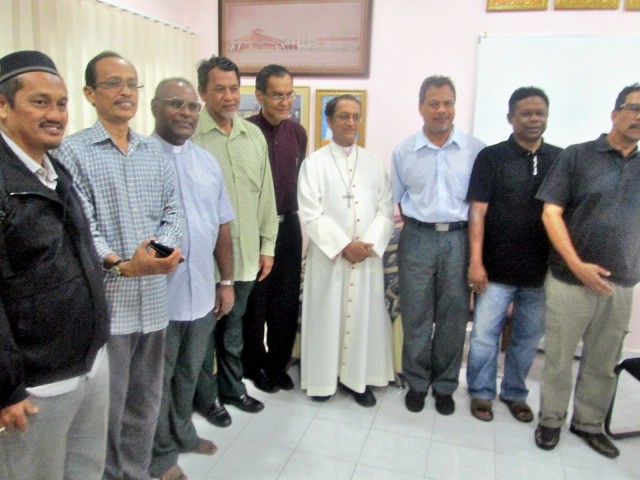 The following day, Parit Buntar MP Mujahid Yusof Rawa met up with his by now good friend Rev John Kennady, the pastor of the St Mark’s Anglican Church in Butterworth.

Both reminisced over lunch at a nasi kandar restaurant on mainland Penang about their eventful Malaysia Day dialogue recently. “Thanks to the disruptions and the media attention that followed, the dialogue received extensive publicity,” laughed the jovial Mujahid. 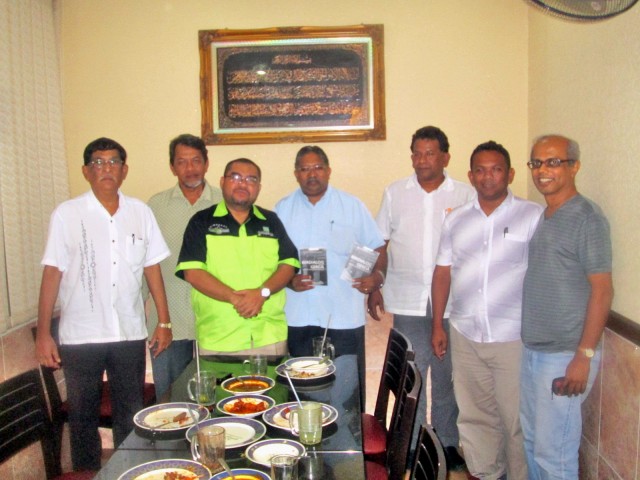 Yesterday, it was Mujahid’s turn to meet Sebastian and he handed a copy of his new book “Berdialog dengan gereja” (Dialogue with churches) to the bishop, who had written a back-cover blurb for the book welcoming the endeavour.

The Pas national unity bureau chief said he has visited more than two dozen churches so far and now aims to make it 100!

Jesus is th Way the Truth & absolutely without any doubt “Life” an no one comes to the Father (GOD)but through him.

But, you know, The Sacrifice from Love is JESUS CHRIST ! He proved this already ! No comment !

Congratulation to PAS. It is the responsibilty of every Muslim to follow the teaching of Prophet Muhammad and invite other to Allah. Say: O People of the Scripture! Come to a common word between us and you: that we shall worship none but God, and that we shall ascribe no partner unto Him, and that none of us shall take others for lords beside God. And if they turn away, then say: Bear witness that we are they who have surrendered (unto Him). (Aal ‘Imran 3:64) Allah has explained clearly about Himself in the Quran: Allah – there is no… Read more »

We pray that the Holy Spirit does work on the purification in our generation, and brings sanity to the those who are moving more and more to the extreme and the rest of us

Dialogue should continue irrespective whatever decisions made by the Court. Don’t be misguided by those who place self-interest above nation’s interest. It is only through discussion can Malaysia move forward and become a progressive nation.