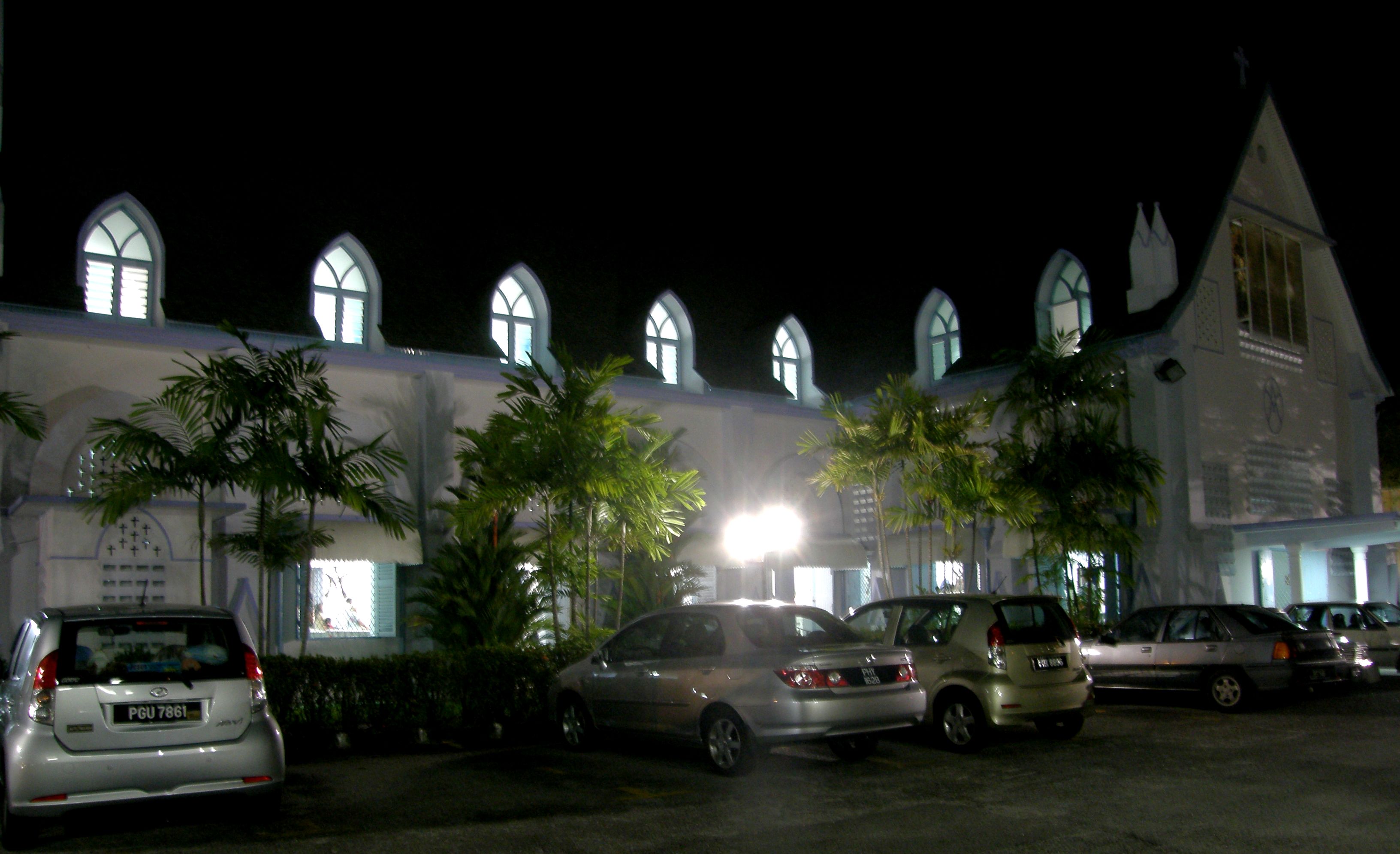 The Power of Prayer: The Church of the Immaculate Conception in Pulau Tikus, Penang earlier tonight while an Abolish ISA Mass was being held.

A crowd of a hundred attending the Wednesday night Abolish ISA Mass was urged by parish priest Fr Marshall Fernandez to pray for law enforcers as well as the ISA detainees. He stressed it was important for the police to clean up their act and wipe out any corruption in the force.

Marshall said police officers had to listen to their conscience and do what was just and right. He pointed out that after World War Two, war crimes tribunals ruled that it was no defence for military personnel to say they were merely following orders when they should have known that what they were doing was wrong.

In his homily, Marshall also described how many migrant workers and refugees – both documented and undocumented – often dreaded going out on the streets for fear of being harassed and bullied.

In a related development, a panel of three speakers – Raja Petra Kamarudin, Jo Kukathas and Kee Thuan Chye – appeared before moderator Riz Khan on Al Jazeera (English) over Astro just after 10.00pm. All three  spoke out strongly against the ISA and censorship in Malaysia while Home Minister Hamid Albar over the phone provided the government’s usual justification for detention without trial.

Raja Petra also defended his Malaysia Today website from allegations that it promoted rumours and unfounded speculation. He argued that his “rumours” were right most of the time and recounted how he had broken the news of Abdullah Badawi’s wedding and of the date for the 8 March general election – “I was only out by a week,”  said RPK, who had predicted 15 March – in the face of dismissals and denials by the PM.

Anil, thanks for keeping us up to date. And the good work done by the priest and parish up north.
Cheers

Anil, good education interview with Riz Khan but another jaw dropping excercise when anti Anti-ISA bloke calls in or whenever he open his mouth. While others were highlighting the ‘outdated’,’misused’ and ‘abuse’ of this decronian law, this b%$#k reply by saying, if anyone should misbehaved, then he/she should be punished. C’mon lah, even every parents have been preaching this to their children, right? No? Its the ISA in question, not the means of getting into ISA, isn’t it? I was wondering why ppl says this chap is really ‘square-pack’, now I know. Asked him what time is it, he’ll tell… Read more »

i watched Riz Khan on Al Jazeera.. it was dam good but too short.. haiz.. neways.. i am proud to join activism hood soon.. hehe