The following is a Good Friday reflection by Fr Kevin J Barr touching on the real reason Jesus died in its proper historical context. 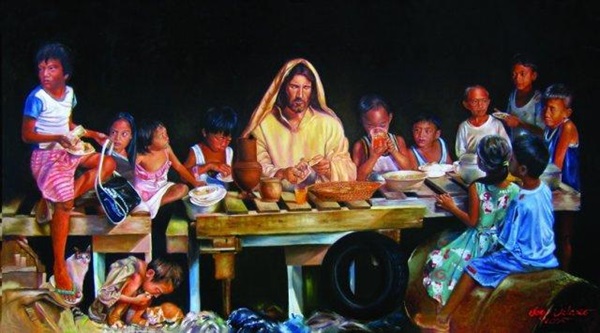 TOO many Christians today have spiritualised the death of Jesus and are satisfied to say simply that Jesus died for our salvation – “the blood of the Lamb has washed away our sins”.

While this may be true theologically, these Christians tend to ignore the stark reality of the gospel story and the real historical context in which Jesus lived, preached and died.

Moreover this approach can keep us trapped in a devotional Christianity often unrelated to the world in which Jesus lived and in which he preached his message of the Kingdom.

The events of Jesus’ passion and death need to be seen within the historical context of his times and the complexity of this socio-political context.

We need to understand realistically the reason why Jesus was crucified. And the stark reality is that Jesus was killed because of what he said and did.

Jesus lived out his life in a particular historical context and what he said and did can only be fully understood in relation to that context.

He came into a world where there was great inequality, injustice and poverty and where, for many, the covenant had been reduced to the observance of strict laws and rituals.

The ruling class was made up of the high priestly families and the Saducees, the great landowners, businessmen and the court circles around Herod.

There was tension between this rich upper class and the masses of poor people. Matthew tells us that Jesus made a tour of all the towns and villages (Mt. 9:35f) and saw with his own eyes the consequences of the economic and religious regime of his day.

His heart was moved with compassion for those marginalised by these regimes – the poor, the outcasts, the so-called “sinners”, the sick and the suffering. Many groaned under the burden of taxes and tithes. Jesus spoke out strongly about the selfish rich, the oppressed poor and the great inequality evident in his society. He was undeniably very concerned about the consequences of economic injustice in the world of his time.

Despite the scandal he gave to many of the “religious” people, Jesus spent much of his time in the company of the poor, the outcasts, the sick and the marginalised and was known as the friend of tax collectors, prostitutes and so-called sinners. He called them “the little ones” but the Pharisees referred to them as “the rabble who know nothing of the law”. In their eyes Jesus was nothing but trouble.

“He hung out with the wrong people, healed at the wrong time, visited the wrong places, and said the wrong things. His active non-violence was dangerous and threatening. His actions and teaching outraged the religious authorities and threatened their economic and political privilege.” (John Dear 2011:6).

The company he kept and the great compassion he showed to the poor and oppressed had most important implications.

As Walter Brueggemann points out: “Compassion constitutes a radical form of criticism, for it announces that the hurt is to be taken seriously, that the hurt is not to be accepted as normal and natural, but is an abnormal and unacceptable condition of humanness. Thus compassion that might be seen simply as generous goodwill is in fact criticism of the system, forces and ideologies that produce the hurt.”

Jesus, through his message of the Kingdom of God, spoke of a new way of structuring relationships which required a radical change of mind and heart and challenged those with wealth and power in the society of his day— including the religious leaders.

He scandalised many “religious” people because he spent time with those who were rejected as “sinners” and was seen as the friend of tax collectors, prostitutes and outcasts.

He lifted up the poor and encouraged people to have compassion and reach out with love towards people of any race, religion or social level.

He turned upside down the way people viewed the Law, the Temple and the Sabbath—the great institutions of Jewish society. He even publicly challenged the sincerity and integrity of some of the religious leaders of his day.

But above all, his preaching about the Kingdom of God challenged the accepted values of his time. Instead of stressing the importance of having riches, power and prestige, Jesus wanted his followers to share their wealth with others and place themselves at the service of others. All this did not make Jesus very popular with the religious leaders and those who were wealthy—those who profited from the status quo.

His message was welcomed by some but caused friction with others because they felt that Jesus was turning their world upside down and calling into question the dominant values of their society and the securities that they had accepted for so long.

He challenged the rich elites of his day as well as the religious leaders to think and act differently. They considered him to be dangerous and thought he should be got rid of.

Jesus called on people to change. Some did, but many did not. Those who would not change and stubbornly clung to a system which ensured them power, wealth and authority ultimately prevailed and Jesus was crucified.

Monika Hellwig (1983:12ff) states clearly the danger that Jesus found himself in because he challenged the “establishment” and called for a radical change of heart from his followers:

“Jesus was most certainly not crucified for staying quietly at home to say his prayers and minding the carpentry business. The preaching and ministry of Jesus was in every way a challenge to the unjust structures of oppression and therefore in every way a provocation to those who profited from them.”

Jim Wallis (2008), the founder of Sojourners in Washington, recalls an incident when he asked his students: “Why was Jesus crucified?”

After some hesitation one student replied: “Well, to save us from our sins.”

Wallis replied: “So you think Pontius Pilate was sitting there thinking, ‘How am I going to save these American evangelicals from their sins? I’m gonna kill this guy and that will do it’. No! He was killed because he was seen as a threat to the rulers — both religious and political.”

One of the huge implications of spiritualising the death of Jesus is that Christians today often fail to accept that they have a responsibility to challenge the injustices they see in the world around them.

Those motivated by an unrealistic devotional Christianity take a passive stance towards the problems of the world and remain unchallenged by Jesus’ message of the Kingdom of God.

While Good Friday recalls the crucifixion of Jesus, we should also remember that Jesus was not the only one who was killed for challenging and questioning the injustices in his society and presenting an alternative vision of how the world could be.

We have people like Mahatma Gandhi, Dietrich Bonhoeffer, Martin Luther King (Jn), John F Kennedy, Archbishop Oscar Romero — all of whom were assassinated.

We have Nelson Mandela who spent 28 years in prison, Aung San Suu Kyi, and the exiled Dalai Lama.

All these individuals fought against powerful forces of injustice and sought to make the world a better and more just place.

Like the classical prophets of ancient Israel, Marcus Borg (2004:130) would describe them as “God-intoxicated voices of protest against the human suffering created by the unjust systems imposed by the powerful and wealthy”.

So, what happened to Jesus continues to happen today and throughout history.

Those who challenge the vested interests of the powers-that-be and expose the unjust structures of oppression, those who seek to “pull down the mighty from their thrones”, those who challenge the rich to share and care for their brothers and sisters in poverty, those who challenge the hypocrisy of powerful religious authorities, those who accept people of all races and religions as their brothers and sisters â€¦ these are not only unpopular but find themselves persecuted in one form or another. As Trish Mc Bride notes: “When one speaks out for truth, justice and compassion against the vested interests of the powers-that-be, crucifixion, literal or metaphorical is a highly likely outcome.”

It is very important for us today to remember exactly why Jesus was crucified otherwise we will be in danger of over-spiritualising the death of Jesus and ignoring the demands that the “dangerous memory of Jesus” makes on us today.

A new world is possible! However, when anyone challenges the powerful forces vested in those with wealth and power, there is bound to be a strong reaction from those who profit from the status quo.

But the encouraging thing is that, although those who worked for a new world may have been crucified, assassinated, exiled or imprisoned, that was not the end. The message has been delivered and the courageous example of the messenger lives on to inspire us today so that we continue to question and challenge injustice and oppression and to fight for a better world. It is important to remember that, after the crucifixion came the RESURRECTION.

On the same note, the official Friday sermons as prepared by the federal government (aka BN) today told the Muslims that ‘Obeying the country’s leaders is an obligation in Islam while betrayal is considered a huge sin’.

Perhaps the BN’s ‘Terima Kasih’ song is played in the background too?

Not sure if they also play the ‘IM4U’ and ‘nadi rakyat’ songs …?

I hope there is no rowdy rally today after the Friday Afternoon prayer by those Perkasa and Kimma folks today to respct Good Friday.