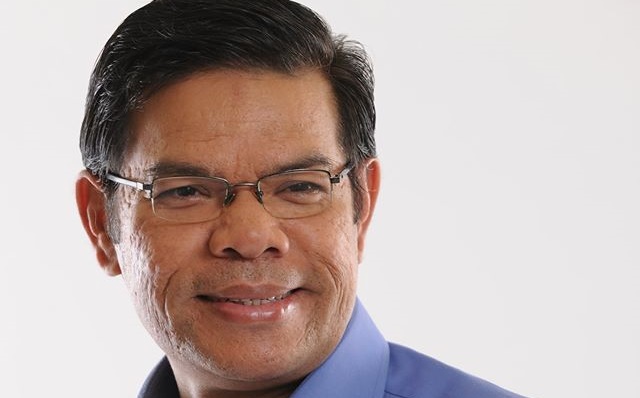 To some observers, the appointment of the PKR secretary general as the strategic adviser of the chief minister, who is DAP secretary general, sounds a bit awkward. Would the reverse take place?

A Penang state government leader says the appointment will strengthen ties between the two parties. But segments within Penang PKR are understood to be puzzled and uncertain over the objectives of the appointment.

With Penang Umno seemingly subdued on a number of state development policies and with a dearth of vocal critics in the state, Penang PKR has often stepped up to highlight issues of concern. For instance, PKR reps have been vocal over controversial issues such as the Penang transport masterplan proposals and environmental issues such as Botak Hill and extensive land reclamation.

Saifuddin’s appointment comes at a crucial juncture for the state, and he will have to quickly familiarise himself with the far-reaching implications of a couple of major developments.

First, the state government is on the verge of signing a project delivery partner agreement with SRS Consortium, which has proposed controversial transport infrastructure worth RM46bn.

And second, the state government is in the process of revamping the Penang Structure Plan, which is the blueprint for development policies and planning in the state.

In the past, the national-level PKR allowed leeway for their Penang PKR leaders to raise issues of local concern. This has allowed local PKR state reps to take up issues of concern to their constituents in the Penang State Assembly. Some of these issues have occasionally led to differences of opinion with the DAP leadership in Penang. This is healthy local democracy at work.

It remains to be seen how Saifuddin would handle such conflicts or strong differences of opinion between the two parties, if they arise, in his advice to the chief minister while at the same time protecting the role Penang PKR has played as part of the system of checks and balances in the state government.

It is going to be a tricky balancing act for the PKR secretary general, and observers will be closely watching to see how he handles this delicate dual role.

We honestly question the sincerity of these UMNO and PAS political leaders and NGOs Jamil, Ali and the rest of those declaring themselves as defender of Islam. They seems to be defending only “selective” issues such as the Rohiyas and “Allah” but not true issues relating to Islam and Muslim. On the Rohiyas and Allah issues, they roared like warriors preparing to die to defend Muslim. But when real issues such as Trump discrimination policy against some Muslims countries, these same warriors became kitty cat conveniently hiding at a corner. They should be ashamed of themselves for not doing what… Read more »

The real question is why he was appointed in the first place? Based on what DCM2 and other Pakatan leaders say, it is for political reasons to help DAP to strengthen its position. So now it seems like the state govt. and the public funds are [allegedly] being used as the personal property of DAP and the CM. Furthermore, why does the CM needs more advisers ? He has, if I am not mistaken, more than a dozen assistants and advisers. Far more than any CMs/MBs or even the PM. So the accusations that all these positions are dedak is… Read more »

Does a deity need advice?
In Penang where many seek protection & advice (guidance) from deities, the idea of an adviser for a deity is unbelievable.
Imagine Datuk Kong getting Kuan Kong as his personal adviser!

He must either the most stupid CM or the more generous with dedak with all these special advisers and assistants. I recall another Pakatan Harapan leader with a lot of (young and cute) assistants and who currently residing in Sg Buluh as a guest to the HM’s Government.

Add this one adviser, & the operating costs of Penang CAT gomen has tambah lagi!
Don’t need special Add Maths to figure it out!

for years umno has appoint chinese advisors and no problem asked? same we have so many ministers. in transport who is the real boss and no dedak here asked? you have spad, rtd and minister who cant issue tram or ferry licences.

Despite all the insinuations by PM Najib to scare the malays that Pakatan would make Lim Kit Siang the deputy PM, there is no way DAP is able to command the automatic access to PM or even Deputy position. Najib doesn’t know what has been written for him. Its all a propaganda to sustain a feudal system. No matter what those who continue to put BN in power probably deserve what they get. In return for low paying jobs, subsidies, mediocre education and maybe even free lunch BN rulers will continue to enjoy easy access to power, resources and privileges.… Read more »

AsiaOne: Malaysia to shut down scandal-ridden 1MDB The Malaysian government is laying the groundwork to shut down state-owned 1Malaysia Development Bhd (1MDB) in a bid to bury a scandal that has become the most serious blight on Prime Minister Najib Razak’s administration. Under a plan spearheaded by a high-level government unit called the Budiman committee, the assets of the state development fund will be transferred in coming months to two companies owned by the Finance Ministry. These valuable assets are two massive plots of land in Kuala Lumpur and one on Penang island. 1MDB, which at one point had debts… Read more »

Now, who get to shoulder all that purgatory of ‘sins’ of 1MDB?
Of course the Rakyat, but Naik Jeep & his merry men said it’s not!
My subscription to Adobe Creative Cloud apps will increase by 43.2258% this month due to Ringgit free falling.
To those who brought about this purgatory of ‘sins’, “Niamak…”

The Accidental Whistle-Blower: How a Retired London Journalist Uncovered Massive Corruption Half a World Away

Clare Rewcastle Brown was a retired London TV journalist when she came across the biggest story of her life: 13,000 km away, in Malaysia, there was a staggering network of corruption that appeared to reach the top of the country’s political power structure. She’s not done reporting it yet

1PKR: “I now advise you on this & that (matters) & hope you see to them what’s best for Penangites.” DAPPYCAT: “Now you are my adviser, I am your boss. I can take it or leave it as I am the Boss.” 1PKR: “Now, as appointed adviser I am responsible for advising you, whether you take it or leave it.” DAPPYCAT: “OK, let’s put it this way. You advise, I listen & together, we put this to the press & bloggers esp Anil” 1PKR: “But listening is not the end to my advice.” DAPPYCAT: “OK, let me put it like… Read more »

dedak does not know what is advisors. dedak expect boss to know many things. dedak thinks tokong is the GOD.

Zoro,
Your namesake lacks extra r, so you still fall short of that ori Zorro Unmasked the late Bernard. Anyway, you and your nemesis penanglang should embrace each other to actually help the nation now in crisis$.

I never claim I am ZORRO and worship tokong. Just that tun lang thinks he is the truth and way but human or like moon one hardly see the other side. There is always 2 sides to arguments. When does tun lang often offers help? More pollution, graffitie, and negativism from him.

2 sides to spin??? Without the centre letter ‘R’ of realities!

All you can do is to call people names tokong, Nia kong, cat. Don’t try to be James done licensed to shot. Only uneducated can’t reason or rebuke with reasons.

Trying to spin your position. You will get more dizzy!

one the one sees rhe spinning gets dizzy like dedak. the spinners have a wondaiful time.

Tunglang,
Like Mannan who overmatched Bollywood, you probably read too much comics. Be realistic to stand out. May be you should go to Komtar Asia Comic Museum to get more realistic inspiration to be a Hero to the people.

You can say what you like till the donkeys eee aww, but the truth will reveal itself as the sandiwara goes by. Just mark my words. In any case, let’s not be too defensive of any political party (worshipped?) if there appears to be something fishy or not right as expressed by others. Saying what needs to be said is not to be taken as speaking like an enemy to bring down others. Or to be defied as not supporting an ordained cause (by a deity?) against Kotor esp. Election GE14 approaches fast. One truth of politics: politicians are by… Read more »

Don’t hide behind NGOs. They may not be tokong but they think they are GODs. They answer to one segment of people like you. You yourself shows true colours. Complain about highways, pollution, global warming, building of condos and worshipping Dr Lim but daily life is like Jib. You enjoy driving 4wd which burns more fuel and runs in highway to your belum. Of course your favourite hide out in one of the high rise building and shop in super and hypermarket. Go and follow Dr Lim. Ride a made in China flying wheel bicycle with lever brakes and go… Read more »

Spin some more! Your addict to Komtar Dedak is on over-drive!
Come to Penang to see whether I still drive a 4WD to prove your absolut vodka spinning!

Is a comic realistic?
Heroes are ‘made’ by those lacking of realism & balanced sensibility, who support their heroes without questions or check + balance! So, they can always enjoy the comics of life 24/7/365!
Try recall feeling of 308 Euphoria @ Han Chiang Padang …

As long as projects are CAT enough, good for the majority public (above70%) then the PgGov does not need to hesistate rolling out the job. Keep listening to idealists or insincere dedakian drummings only set back developments. Jari tangan kita pun tak semua sama panjang yaaaa

What a bunch of overentiled representation hogwash. If the suspicion here is coopting of PKR, its DAP-PKR political decision and their right. Calling it coopting is assuming unlimited open criticism is always more productive than any cooperation even among enemies. It’s a false assumption, arrogantly over-entitled on representation.

The more I see the developments in Msia (BN) and Penang (Pakatan), the more I see the need for a Rajanikanth-like Sivaji The Boss to put the houses in clean order, and I appreciate Anil’s writings AND now we need a Hero to put that in action !

Mannan,
Many emphatize with you. Don’t over fancy fictional character in movies. You can be a hero yourself. Recommend you listen to the song by Mariah Carey called Hero.