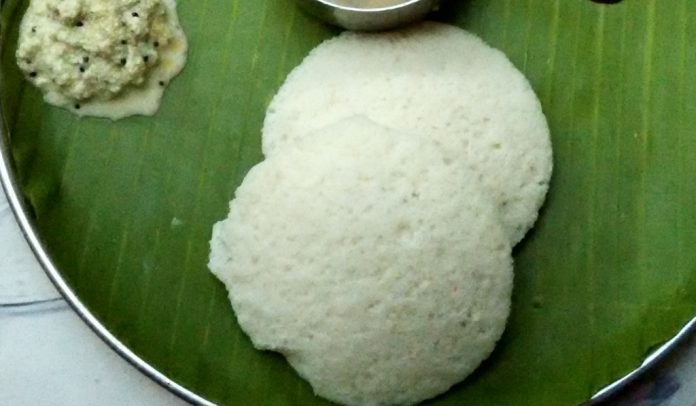 What happened to the safeguard for a Sosma panel to review the implementation of the act, which Najib had promised to set up when he was promoting the Sosma bill, according to former attorney general Gani Patail?

2) Hadi’s private member’s bill, which could pave the way for the implementation of hudud, languishes at number 16. Quo vadis, Hadi?

3) Najib is not only cosying up to China but is also courting investments from India with deals worth US$36bn reportedly signed.

4) Najib also seems to be courting the Indian Malaysian vote ahead of an impending general election by pointing to frivolous things like his favourite breakfast is the healthy idly and taking selfies with superstar Rajnikanth. Even the Indian press can see through this. This excerpt from the Times of India:

Addressing Indian business leaders here as he oversaw the signing of the business agreements, Najib said, “I want to make a confession to all of you that I am beginning to consider idli as my favourite breakfast item and you can see how much of India has crept into our Malaysian way of life.”

Najib has been courting Indian-origin population in his country as he heads into elections, so this is not surprising.

Such gimmicks are unlikely to impress the many Malaysians struggling to cope with the higher cost of living and the 10 per cent of Malaysian youths who are unemployed.

5) A journalist tells me many Felda smallholders near the East Coast are finding it tough going with not a few falling into rising indebtedness. Hard times are here.

“10 per cent of Malaysian youths who are unemployed”. Richard Riot at parliament said to investigate why starting pay of fresh graduate has only gone up RM200 from RM1800 in 1995. Here are some facts he should take note: 1) Oversupply of local graduates (too many IPTAs), with skills not relevant to industry needs; 2) No focus on productivity, relying on cheap foreign labour that suppressed wage growth; 3) Failure to promote value-added activities, still relying on brawny instead of brain; 4) Good graduates mostly work overseas (eg.Singapore), what remains are of inferior quality; 5) Bloated civil service focus on… Read more »

Politicians are the most shameful of pretenders, notwithstanding their ever-flowing salivas for anything under the sky, including ‘idly’.
They will come to your doorsteps & profess their liking or even obsession for your culture food.
Just to sell to you their thick-faced ‘sincerity’, only to get your change of doubt in favour of them.

God created man with salivas for healthy eating. Man just use salivas for a different purpose – to tell lies or spin more ‘salivas’.

Same as when you are looking for a job or trying to hook a girl friend to a spin your saliva. Even if you are a boss you salivia to get more business.

Dipping roared kaya bread into half boiled eggs then a cupful of kopi o a traditional breakfast for Penangites, not sure you plan to sustain that culture?

Actually, I like a couple of eggs and local coffee for breakfast. Once a week, thosai with curry with bru coffee. Once in a while I am tempted by wan than mee. 🙂

At least the Felda settlers have land. Some of them “outsourced” their work when times were good. Some became millionares. If they can do bauxite mining, they can certainly plant food crops and at least eat. Unlike them, those in urban and suburban areas are trapped.

Only 6% of Malaysians have sufficient savings to last six months, said Deputy Finance Minister Othman Aziz. The data, obtained from a recent study, clearly revealed the lackadaisical attitude of Malaysians in managing their financial requirements and the need to address this problem, especially against the backdrop of rising costs.

8% of the 6.7 million active EPF contributors did not have the basic amount of RM196,800 for their retirement. The amount was set by the EPF as a savings threshold that would allow a contributor to spend RM820 a month for the next 20 years.

Najib signed RM159 billion worth of deals with India. MIC should elaborate how such deals could directly benefit the local Indians, like acting in the sequel of Kabali on Carey Island with Kollywood movie stars?

Najib knew that most Indians in Malaysia are naive to believe him as their judgement will be clouded by the mention of Superstar Rajnikanth. After all most Indians prefer to indulge in the fantasy movie world to escape the daily woes, as told by my Indian colleague. So, it is another Nambikei moment from Najib to win Indian votes?

Agreed. Most Indians are easily fooled, as they cannot separate the fiction (movie) from reality.

SL, What your friend say might be true.To excape powerty they watch too much movies.Even other races talk about this actor .(Well i keep reading in Anil blog about this actor ).Maybe i want to watch this movie if i can find a pirated DVD one day. rajraman.Those days the British provide cheap liqour or toddy for this bonded labourer and now days the youngster emulate movie star and become gangsters. MOI once said emulate ISIS.MIC led by SUBRA even suggested the Indians goes back to estate again. IDLY – long time never eat this IDLY.Maybe i should emulate MOI… Read more »

Raj got no idea who Rajnikath is?
like that he could not possibly be an Indian, or he is too detach from the Indian affairs. He need to find his roots.
A visit to Tamil Naiidu will help him.

Sathia, I know who is this actor very well.Trade mark tossing cigarates into his mouth and many Indians maybe like you will clap hands and whistle using your fingers .For me it’s nothing great and the fantasy created by him. His movies makes me dozed off without valium when i watch in RTM 2 channel. Better to watch TOM and JERRY cartoon to make me laugh. You or more Indians should read more books for the brain rather than paying or Q to buy tickets in theaters. Maybe you should watch Nan Avan Illai ( I am not him ).… Read more »

No games. Just trying to get a focussed discussion on various issues here.

Do you think i am Indians at least?
rajraman. Off cource its off Topic

Thank you Anil. Don’t be angry or upset.

The Head & The Heart
Reply to  SL Tay

308 and 505 noticeably the majority of Msian Indian communities in Penang could only make u their mind a day before polling. Won’t be surprised this year MIC Subra with the fund provided will promi$e something to let them forget the plight to vote for BN unless rajraman666 can now be more active to instill proper mindset to the rakyat before 1TIPU happens again again again

rajraman666
Reply to  The Head & The Heart

Head, Most poor people think about their next meal.It’s not only Indians. rajraman.Why not Pakatan also do that.Provide more than cooking oil.Give them complete meal.Give jobs on merits,awards tender in Pakatan GLC on merits (don’t tell me indians can’t do job) I know alots of Indians can do better job than Bumi and Chinese who outsource the same job to Indonesian,Bangladeshi etc. I build beutiful artifacts and water features,Theme Parks and better than others but i am okay without Political Trader jobs.Give that to up coming Indians youth who have talents.I have enough $$$ already.(i try not to be greedy)… Read more »

rajraman666
Reply to  The Head & The Heart

Heart,
I am not a Political Traders.As Anil brought up so many issue by posting abused of Power by both site,Anil also not a Politician.

sathia
Reply to  The Head & The Heart

Free cooking oils by BN Youth will win the votes of the Indians.

Najib needs to slim down due to too much “food” intake otherwise he can’t promote idly as healthy food looking at his bloated tummy. India’s Indians can see thru the stunts but Bolehland’s may not.

My beloved PM please take care of your health. We do not want to see you perish because of high cholesterol, obesity or diabetes as you must lead by example not to eat too much, whether it is donation or not.