With Pas now allying itself with Bersatu in PN, it is game on for the coming general election. The lines have been drawn (well, not quite, but still…).

So in the coming general election, it will probably be PN vs PH vs BN vs Warisan-Pejuang vs PSM vs Muda vs Maju independents vs other independents…

Will GPS remain with PN?

We can expect the smaller players to try and align themselves to the three main coalitions ahead of the general election.

But who will Umno ally itself to after the general election? Will there be post-election realignments for the sake of power?

Who should we vote for? This time, we’d better make sure we vote for candidates who are committed to:

The priority right now is to restore and repair our parliamentary democracy and to stop unsustainable mega-projects – especially now that there will be no oversight on government spending with the passing of the latest ordinance. 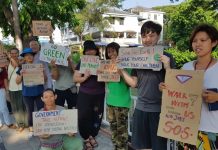 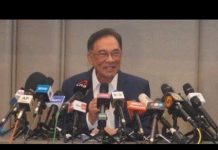 But tension is on the rise in DAP after Ronnie’s remark, according to MCA’s Star:
https://www.thestar.com.my/news/nation/2021/04/14/tensions-rise-as-polls-near

Prof Tajuddin Rasdi: Will there be a New BN or No BN?
https://www.sinchew.com.my/pad/con/content_2455378.html

He further argues that Annuar Musa may be our next prime minister
https://www.sinchew.com.my/pad/con/content_2455914.html

After the Audiogate incident, Zahid and Anwar is out of contention?

Have you watched Godzilla Vs Kong?

New pipelines going to destroy the environment? Why cant Peng land Kias use less water? Where are those activists and budding supports? KBKB about fishermen’s destroy livelihood. The pipelines cut across tiger, frog and toads’ path. Now they cant cross to greener field with the pipeline blocking their paths. Orso sea floor will be dredged and whole stretch of fishing ground will be gone. Double, triple standards?

Undersea cable bypassing us, but telecomm-wiring up Singapore and Indonesia to US.

Costly mistake by Wee Ka Siong for not providing cabotage exemption (for foreign ships to conduct undersea cable repairs)? Or due to Azmin ‘selective’ pick of quality investment to align with PN’s lack of vision?

Even tourists and backpackers are bypassing us. I was in LOS capital and this yankee told me he prefers Thai as he need not to hear sound of prayers and shops will close and shut down

Yankee plastic wastes do not bypass us
https://www.thejakartapost.com/amp/news/2021/03/31/malaysia-permits-import-of-us-plastic-waste-shipment-.html