The Bagan Pinang by-election will be remembered for the comeback of the tainted Isa Samad, the Pakatan’s first defeat on the peninsula since GE2008, and the large number of army postal votes. 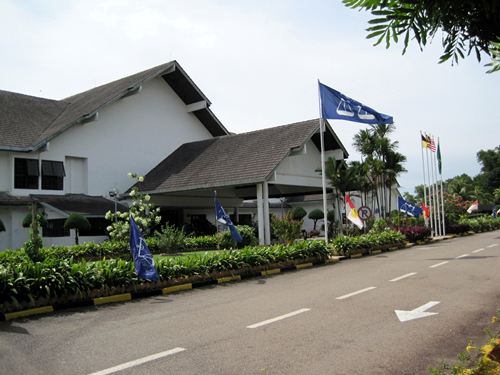 BN and Umno flags flutter at the Port Dickson Golf and Country Club, next door to the Army Engineering Institute, during the by-election campaign – Photos by Jong 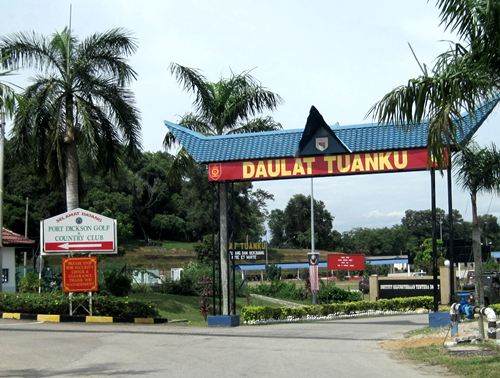 The Army Engineering Institute next door (alongside the general hospital on Jalan Pantai, Port Dickson)

Losing this election is a blessing in disguise for PR.They should do a post mortom and correct their weakness.PAS is a real pain … for pakatan rakyat.Their over empahasis on morality like banning concerts and drinking beer frightens even the muslims.Why can’t they fight other important issues like poverty,injustic,corruption.They should ask their members to practise self discipline and dont blindly impose their views on others.Playing the majority and minority game will not be healthy in the long run.COME ON PAS GUYS LEARN FROM YOUR INDONESIAN COUNTERPART ,where religious people practise self discipline and bintang beer is avaliable everwhere.Dont behave like… Read more »

What about bring back Gerakan to rule Penang? With 1Malaysia in place, you do not have to fear islamic agenda by PAS!

The KBP is a unfortunate event ,do not know who to blame BN&PR.The PR is young compare to BN(52 yrs of misrule)Do you think BN& UMNO will reform if PR has not captured a number of states.Anyway real reform has not taken place yet.

He Won simply he is very popular down there.

Nothing to do with wrong campaign or whatever failure in their strategy by the opposition..

Victory is defintely his no matter who stand against him.

It’s more like a family affair down there so outsider is
defintely out without doubt.

Unbelievable the people who don’t see Bagan Pinang as a roadblock that must be taken down.. So quick to critcise PR for KBP and Tanjung Tokong but Bagan Pinang win suddenly pathetic don’t yell at..

So easy to give up? So easy to stop believing. Why bother to live in this country and fight for anything? Stop pretending you are nothing more than ordinary and don’t deserve to be heard or pay attention to…

Army = The another wing of UBN?

Nice pic the first one. At a glance I thought it was UMNO HQ in PD…….

The first picture speaks a thousand words – no bluff, that’s blatant abuse of power by UMNO politicians and this public golf and country Club in Port Dickson was not spared either!

Any doubts on the outcome of its Army postal votes?

You put a (mediocre person) as candidate also the die hard UMNO fans or guilible locals will still vote for UMNO. The power of MONEY , Machinery & skills of manipulation. UMNO domination.

…Will the swimming pool and futsal field appear in the army camp soon? BUT we now heard despite the hue and cry of the abuse and not following the procurement procedures and the exorbitant price tags on EC725 Eurocopter – yet now they are trying to sign the contract quietly…?

I think Kam Buah Pala issue will surely cost PR dearly come next GE. Although I am a supporter of PR, but clearly they have to do some soul searching and deal with their internal weaknesses before it’s too late. Malaysians are not only forgetful but they don’t mind a corrupted politicians as long as he/she can bring “development”. Just look at Dr Mahathir’s time, no matter how many scandal exposed, voters would always returned him to power with 2/3 majority unbroken till Abdullah lose it.

Mahathir’s time is different. There are unlimited cash to give to all the cronies. When he knows the federal funds is on restricted zone, he readily gave up his PM position in 2003 or else he might lose the 2004 GE. 1 off win in Bagan Pinang is no indicator. There the indians who are so weak and defenceless are threatened…that they obediently vote for ISA (same like in Batang Ai). Come GE13 it will be diffrent.BN will not have the massive funds to buy and threatened all constituents…not like in Mahathir’s era. About KBP, why do so many of… Read more »

I also believe Kg Buah Pala mishandling by LGE cause PAS defeated badly in this by-election. Stop your DAP spin

Gerakan K, Why you always sound so moody. I think you are in BN too long and The UMno youth rempit style of action has infested your emotional well being. Maybe you should try dissociating yourself from BN for a few months and I think you will be better off emotionally.

What “internal weaknesses” ? Why should PR change anything after getting the best possible compensation for KBP residents and some residents very satisfied with the effort made by the state govt and the compensation they got. I would say it’s a success.

Promising many
The Umno says
Corruption still rings true
What more in the pipe?

They are not neutral for sure….

Army supposed to be neutral in politics…