Eighteen years, three days ago to be precise. That was when Anwar was unceremoniously booted out of government on 2 September 1998. 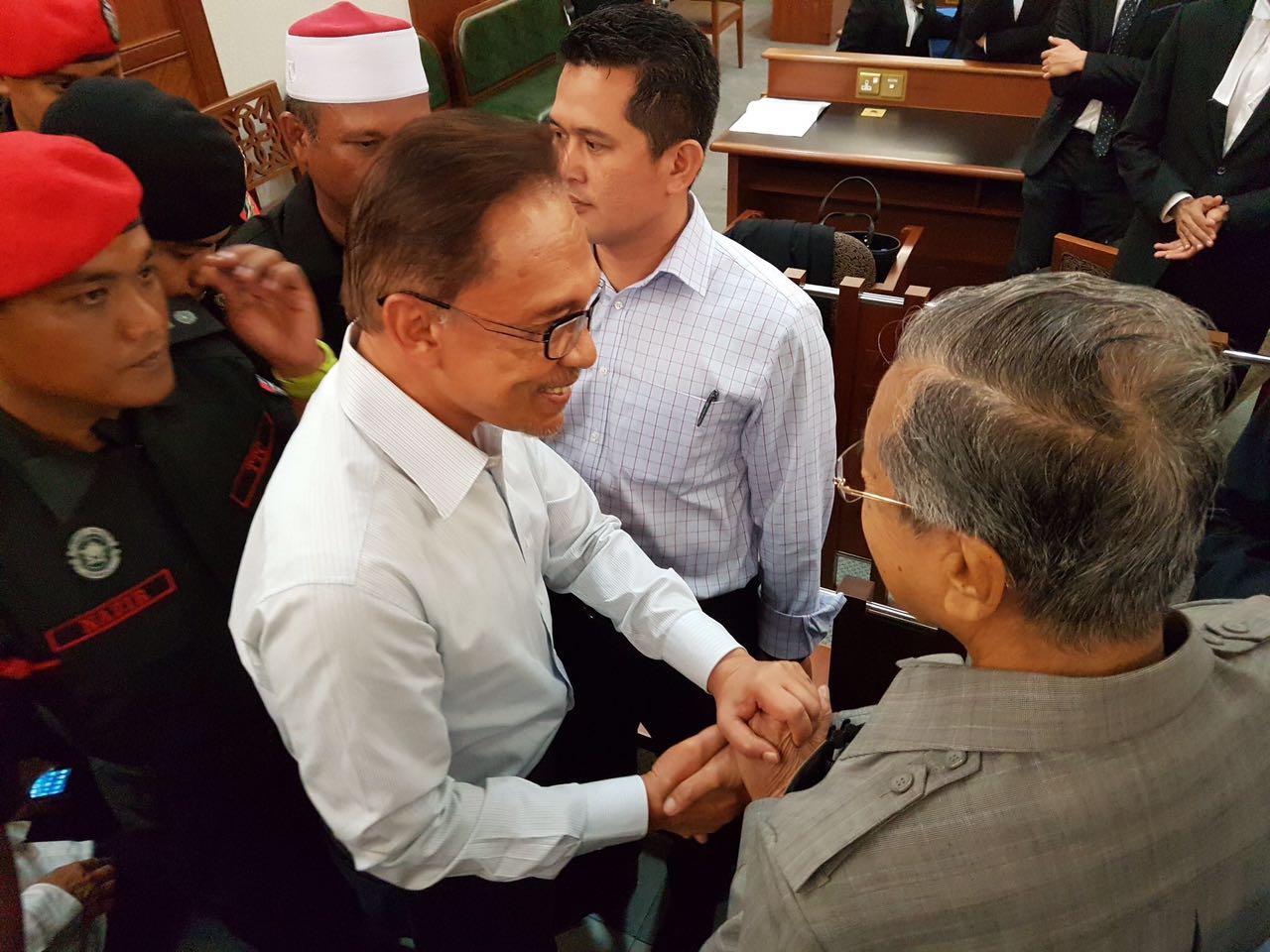 So it looks as if we have come full circle: both former adversaries-turned-allies-turned-adversaries – who formed a formidable team in the 1980s and 1990s – seem to be burying the hatchet and, who knows, joining forces once again, this time against Umno-BN.

Never discount these two. Just when mainstream media analysts had practically written off Mahathir and his new party, he pulls something out of the hat.

The realignment of political forces against Umno-BN continues to evolve. Things just got a little bit more interesting.

But we must insist on something different this time around from the entrenched system of neoliberal, crony, rent-seeking capitalism that privatises profits and socialises costs.

Najib Razak may be inclined to call for an early general election (GE14) in light of Parti Pribumi Bersatu Malaysia’s (PPBM) formation, a political analyst with a Singapore think tank said yesterday.

According to Ooi Kee Beng, PPBM, led by former prime minister Dr Mahathir Mohamad and former deputy prime minister Muhyiddin Yassin, may look like further dividing the Malay votes but they instead pose a more real threat to Umno than Amanah, which did reasonably well in twin by-elections held in June.

Malays must wake up!
Umno is bringing us to bankruptcy with huge debt, mismanagement and corruption. Also sacrificing Malay culture by adopting Arabic practices.

Remember, Anwar supported the Mad Hatter fully until he was booted out. He has never listed out all the policies that must be reversed, except for half-hearted statements on reversing racial discrimination. As “opposition leader”, the only subject that elicits his attention is taking over the government.

Here is an article giving a good slap to both of them:
http://www.malaysia-today.net/sorry-seems-to-be-the-hardest-word/

Umno is so afraid for the new party to be called Bersatu.

These two chaps should just fade away and retire and allow the younger ones to take over. One is a racist anti-democrat and the father of cronyism. Another is the immoral politician with flexible principles. To paraphrase Churchill loosely, “never so much damage was ever caused to the nation by so few” . No one has done so much to damage the country than these 2 old timers. Unless PH allows some of their younger and untainted leaders to lead the party and challenge BN, I don’t see any way the current status quo will be changed. As I see… Read more »

The NYT report posed the question as to whether this handshake could alter the political balance in favour of the opposition. It quoted Anwar’s daughter Nurul Izzah as saying Mahathir’s conciliatory gesture was a “good start”.

Ibrahim Suffian of the Merdeka Centre was quoted as saying while Anwar’s base was urban, Mahathir was popular among traditional Umno voters in rural areas. “Partnering with Mahathir could enable the existing opposition to get more votes from Malay voters than they have been able to in the past 60 years,” Ibrahim said.

Also now many people losing jobs, business facing tough time, you and me finding things expensive. All this point to the collapse of UMMO and gangs.

Wishful thinking from PH as usual….Mahatir is not popular among the Malays as the recent by-elections have shown. This incident only showed one thing – that in politics there is no such as principles or permanent enemies.

Financial and economic damage to the nation (because of
our kleptocratic ruling elite and their hangers-on) and its
hard-working, tax-paying and law-abiding citizens will be significant.

Actually the damage is already showing — accelerating inflation, with prices
going up rapidly. Compare what you paid at the local kopi tiam and supermarket
just a few years ago and today.
Job losses and business failures (take note of the
number of shops closing in the shopping centres) are also rising.

Najib will likely increase the BR1M payouts for next year to consolidate his position among his fixed depositors. Possibly GST rate could go up?

Unless MadHatter asks for forgiveness & admits to all ills of his legacy to start anew on the alliance path to save this nation, nothing is going to happen as many have wished at the Langkawi wishing well.

Mahathir shook hand with Anwar not as big an issue of another vanishing Penang heritage i.e. the demise of Penang Hokkien in 40 years time.

“Keep your friends close and your enemies even closer”!!

Fully agree with the last line of your comment piece, Anil.

Umno must be very afraid now. Muhyiddin has said Umno will lose 45 seats in the next GE. Ayuh Melayu Bersatu menjatuhkan MO1!

Umno veterans in Johor are quiting Umno, possibly to join Muhyiddin to capture seats for Bersatu?

Desperate times call for desperate measures?
Karma has a way for a progenitor of a nation’s ills to clean up his legacies!

The current pair of Double Trouble in putrajaya are truly stressed now as the former Double Trouble pair are re-grouping.
This is exciting. As exciting as viewing the Olympic badminton finals.

Exciting to watch just make sure no more public fund exit the nation to create unimaginable troubles to the rakyat!

Mighty river not enough. It’s got to be Niagara Falls kinda of justice flow!