What is fuelling the protests and rallies and candlelight vigils and prayer gatherings?

If we look at the Hindraf protest, it would be easy to conclude that the main issue is ethnic and religious discrimination, which has left many Indian Malaysians feeling disgruntled.

But then again, it is not only Indian Malaysians who have protested. In the case of the Bersih rally, large number of Malay Malaysians, many of them low-income, have also turned up to voice their unhappiness.

Prior to that, during the MTUC demonstrations to demand a monthly minimum wage of RM900 and a cost of living allowance of RM300, the vast majority of those who protested were also Malay Malaysians.

There is a common denominator in all three of these protests. The majority of those who protested were from the low-income group. Why was this, I wondered. Could it have something to do with the wide gulf between the rich and the poor in Malaysia – a disparity which is the highest in the region? And if so, what has contributed to this huge divide, which cuts across all ethnic groups in Malaysia?

From my conversations with various people, I narrowed it down to two factors:

No wonder ordinary people are disillusioned and disgruntled. That is why, I believe, there is an air of restlessness in Malaysian society today as more and more Malaysians demand justice and accountability.

PENANG, Dec 18 (IPS) – After a series of street demonstrations in recent weeks top analysts and activists say the government is not tackling the economic roots of grievances among marginalised Malaysians, but appears stuck in its old mould of race-based thinking. 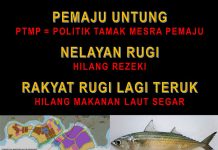 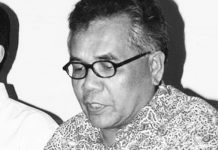 After 50 years of independence, the expecetations of its citizenry has, without doubt increased. Promises made by the ruling political parties are more often than not not kept. Most people, more so the downtrodden, will only see some goverment’s positive action come election time, after which they are left on their own again until the next round. The new generation of Malaysians are also better informed than the forefathers, who are by nature more trusting of goverment’s promises, and are more forgiving of unkept promises. Not the current one. The other aspect, as has been mentioned so many times, are… Read more »

Its all about being fair and listening to the rakyat.
People are not cattle that can be nose pulled.

I just went through PM’s Islam Hadhari’s basic principles and was surprised to note that it has all the elements for a successful nation building. But where has he gone wrong?

We have had a lot of unrest for the past weeks and its high time we calm down and learn something from these experiences because life cannot go on with brick bats thrown at each other . We are a multi-racial society with a wonderful climate, resources , cultures, traditions and lastly we have practised tolerance towards each others’ beliefs and way of life. We have to continue to live with the hope that the future will be better for all of us irrespective of race or religion. We have to learn to appreciate and acknowledge the contribution of all… Read more »

Shobhan: ….But where has he gone wrong?

You mean you believe him to stick to what he preaches? Since when were you born that makes you so trusting of politicians? Remember Nixon yelling “I’m not a crook!” even when confronted with the proof he had prior knowledge of the Watergate burglary?