Remember Felda Global Ventures? Its share price continues to hovers around its IPO price of 4.55, well below its high of close to RM5.50.

The reason for the bearish trend touted by Felda chairman Isa Samad is the uncertain crude palm oil price.

Meanwhile, a couple of FGV’s substantial shareholders, EPF and Kumpulan Wang Persaraan (Diperbadankan), have been frequently going into the market to transact shares. See the listing below for the transactions in recent weeks. 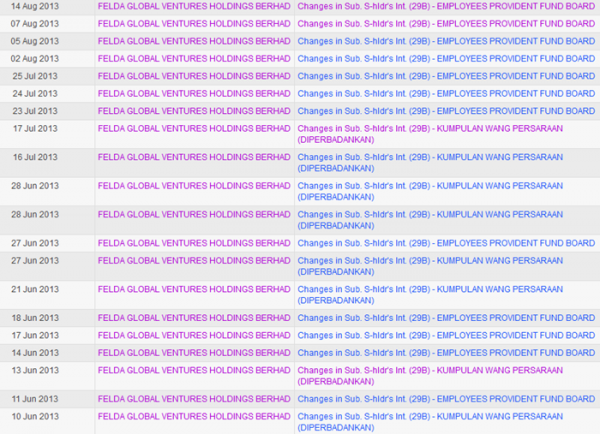 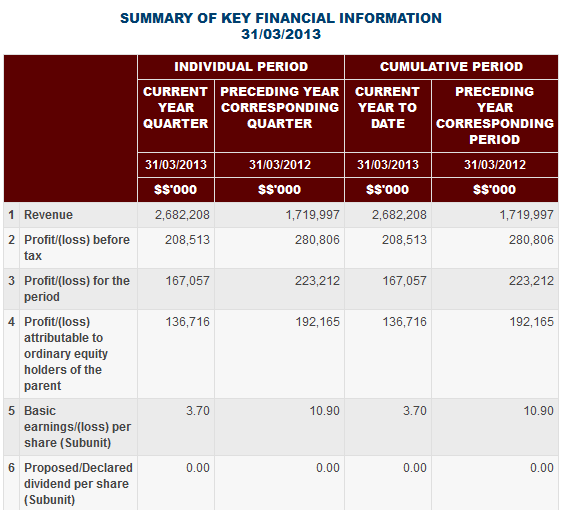 Meanwhile, Felda is involved in a string of legal suits classified as ‘material litigation’.

One such case, Abdul Rashid bin Abdul Wahab & 350 others v Felda and Felda Palm Industries Sdn Bhd, is due to come up for trial in the Temerloh High Court on 17-19 March 2014.

In this case, 351 settlers had commenced legal proceedings against the two entities alleging that Felda had defrauded them and/or conspired to defraud them over the sale of oil palm fruits they had cultivated through manipulation of the weighing system of the palm fruits and the grading of the graded extraction rate. They are claiming special damages from 1995 to now, general and punitive damages for fraud and breach of trust, interest and costs.

The other cases include:

A couple of other cases to look out for:

No matter how devout some folks believe themselves to be – whether they profess to be Muslim, Christian, Hindu or Buddhist – when it comes to Money, they seem to lose sight of all sense of right & wrong. They will applaud the derring-do of Robin Hood – but at every election they will continue to vote for the wicked & corrupt Sheriff of Nottingham – because that’s where the lucrative contracts come from. This is how the misrule of evil is perpetuated, generation after generation. Our only hope is those living in the rural areas acquire some street smarts… Read more »

And they will have to continue buying raw sugar from Robert Kuok after taking over his sugar business in Malaysia.

More reason to buy Massimo and not Gardenia!

If those UMNO folks continue to talk about boycotting Robert Kuok’s business in Malaysia, which he is doing to provide jobs and employment to Malaysians, not profits, Robert should also stop buying CPO from Malaysia. There are so many alternatives, Indonesia and Thailand produce quality grade palm oil at affordable prices, hence Robert should stop buying from Malaysia. Robert controls 40% of the blended oil in China’s vast consumer market, hence, Malaysians should know very well what will happen to the price of crude palm oil should Robert stop buying. Who can take over Robert’s purchases from Malaysia? Those stupid… Read more »

Well, the really bad news is that EVEN if there is a rally for the price of palm oil in the near term – it won’t be good news, its likely because of inflation from all the money printing that has gone on for the last two years. Eventually any short term rise will result in severe crash as GDP falls off the cliff.. FGV simply is TOO BIG to grow and would be better of broken up into smaller pieces and THEN each part seek growth on their own. I won’t be surprise eventually some banker will propose this… Read more »

Many kampung folks don’t read internet or alternative media may be of phobia of truth that can be hurtful. So they continue to sitch on eg TV1 like today’s live telecast of Najib “rewarding” Felda settlers at Pendang Kedah. Even Hello on 2 host Terence in traditional dressings (baju Melayu & songkok) singing praises of such transformation of felda where the winner from Johor Bahru earns RM1 million ! for the Felda village !

So who cares about declining palm oil prices when petronal oil can be substitute to generate funds for the peneroka-peneroka.

The only place in the world where the indigenous people can be assured of good money ala durian runtuh regardless of how the economic situation might be or how the stock market behave. The Red Indians of America and the aborigines in Down Under must be looking with envy that they cannot be soiled sons in their native country.

My malay friend told me he sold his share of FGV and bought Amanah Saham Bumiputera that fuarantee 8.8% dividend yearly. So he could sleep soundly however low oil palm price may go.