Photos by an eye-witness in Ipoh 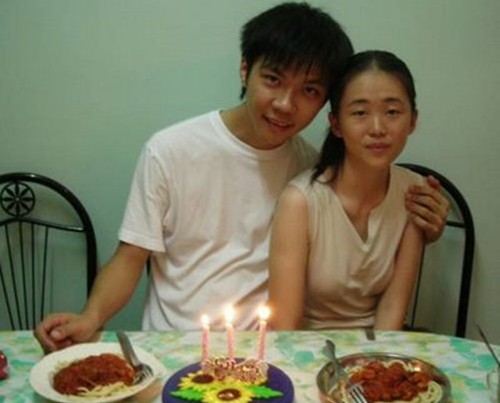 2209: The cops move in after 30 minutes or so, and the crowd gradually disperses. “It was a very solemn gathering, ” says the eye-witness at the scene. “The cops didn’t really seem in the mood to make arrests although a ‘Black Maria’ arrived at the scene.” A few left early as they were not taking any chances…

2126: Some 300 people are now gathered outside Wisma DAP in Ipoh, according to an eye-witness at the scene. Among those present is Kit Siang, who addresses the crowd, followed by Ngeh Koo Ham and a few others.

About 30 police personnel are there as well and they have given the crowd 20 minutes to disperse. The cops are being ‘generous’ today; usually it’s more like three minutes!

2105: A solemn crowd of between a hundred and two hundred Perakians tried to gather outside the Ipoh MACC office, near the Perak state government complex.

But red-helmeted police blocked the entrance to the office, according to an eye-witness at the scene.

So the crowd are now walking back to Wisma DAP opposite the complex.

Meanwhile, the question that is being widely asked is, how come, in all these years, there have been hardly any investigations (that we are aware of) of the constituency allocations to the BN MPs and State Assembly members, and now suddenly, in Selangor, there is an investigation involving a string of PR politicians?

MACC is just another Government UMNO/BN… just dismantle (it) and let this Corrupted Government go to the….
…we need another 100 years to grow out of what our fathers cultivated in their 52 years of reign.

…WASTE TAX PAYERS MONEY TO FEED AND UPKEEP THEM…!

WE ARE NOT BEING RACISTS – A DEATH BY ANY MEANS IS A DEATH…EVERYDAY MORE PEOPLE DIE FROM: 1. ROAD ACCIDENTS 2. DENGGI FEVER 3. AIR CRASH 4. TRAIN CRASH 5. DROWING 6. FOOD POSIONING 7. H1N1 8. CANCER 9. FREAK ACCIDENTS 10. MURDERS, KILLINGS & MISHAPS. BUT ONE MALAYSIAN DYING IN THE HANDS OF THE ENTRUSTED BN & UMNO GOVERNMENT MACHINERY…NO WAY…WE THE RAKYAT ARE NOT STUPID! WHAT EVER EXCUSES AND ANSWERS WILL NEVER BRING BACK A LIFE. ALL WE WANT IS THE TRUTH AND THE REAL TRUTH AND THE WHOLE TRUTH ….NOT COOKED UP HALF PAST SIX LIES.!… Read more »

looking at the past action of the Police and take over of Perak State, what can we do but continue to fndure the Authories abuse their authority

You know why No Further Action on Khir Toyo???? (What is to stop him from spilling) the beans on other UMNO leaders if action is taken against him? Likewise no action will be taken against other prominent UMNO leaders because they (may) also threaten to tell all about their comrades wrongdoing. Thats why the idle MACC have to go after the opposition law makers.

Teo Beng Hock had paid a very heavy price for being truthful in Malaysia. Therefore, we should not allow TBH to die in vain. Let TBH be our guiding star. With multiple injuries but bloodless, TBH died in a highly questionable and dubious circumstances while in MACC custody.

According to Tan, abusive and threatening words were used and according to Dariff, he was forced to deny the truth. Imagine the very long session… to obtain a statement from a witness (not a suspect) in the wee hours. If from a suspect, I don’t what will ….

Thanks Anil for a superb coverage. Question – where is Hindraf in all this? He can travel all the way up to Penang and make a rukus out of this. Where is Uthayakumar in all of this? He can call MY CHIEF MINISTER A LIAR.So where is Hindraf? Writing statements not enough lar Wayne Moorty. You are a … that deserves no better treatment like Barisan Nasional. A disappointment from a true Hindraf supporter.

I Must Speak Out for Teoh Beng Hock !!!!

I remember a while ago, there were two cases where the persons being investigated ‘jumped’ off their office buildings (STA Builing?? and Bangunan Iskandar) in Kuching. In one case the family suspected foul play and the police did re-open the case but we do not know of the outcome.

It appears falling/jumping off buildings is the preferred method for those ‘small fries’ investigated under corruption.

My condolences to the family.

It is about time that MACC re-look their standard operating practices when to come to interogation.

We need change of Goverment Now!!!!!

true malaysians, who were you or which comment were you refer to when you said dont bring the race issue?I cant see any comments here that raise the race issue. Anyway MACC or ACA they are the same, the only difference its the name!

Thanks for reporting, Anil. Good of you to post the photo of Teoh Beng Hock’s 29th birthday. I will never forget this victimised young man. My heart goes out to his family and fiancee.

this issue has got nothing to do with race and please stop offending each other.

they are just as sad and angry as you and many are crying their hearts out with deep condonlences to the deceased family and wife to be.

this is the time for all malaysians to be united on this one issue and not let TBH death be in vain.

I m sure tat MACC r aware tat d general pubic r not stupid. They shud come to their sense & perform their duty fairly & not by practising prosecutions. There r a lot serious public concern disturbing cases like the scandalous Maika ( MIC ), Toyoland & few other big BN related cases & r waiting to see if MACC r bold enough to start their investigation…. Come on lah MACC pls dont show wayang kulit. U can cheat some people sometime, but u cant cheat all the people all d time.

Its an open secret: Recapture Selangor! First work up a perception of corruption; coerce suppliers/workers etc to point fingers; threaten or whatever; the ends justify the means….

The MACC (allegedly) practices selective prosecution of Pakatan representatives.How come corruption only exists in Pakatan ruled states and not ruled by BN.

MACC must stop this persecution of the opposition. Its salary is paid by taxpayers,who are supporters of both PR and BN, not BN alone.