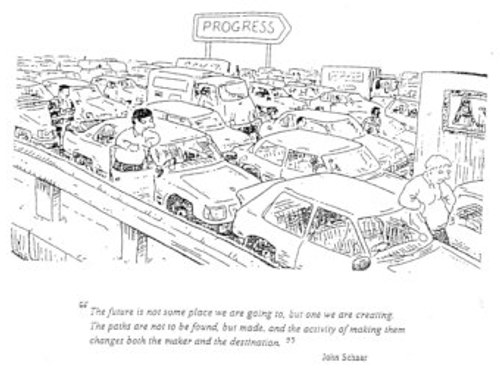 In July 2007, the estimated cost of the second Penang bridge was RM2.7 billion.

By October/November 2007, it had crept up to RM3 billion.

By January 2008, it was between RM3 billion and RM4 billion.

In April, we were told it would come to RM4.3 billion! (See 10 reasons why the second Penang bridge is not a great idea.)

Now we learn that that figure of RM4.3 billion does not include quite a few things:

Preliminary estimate of land acquisition – RM110 million (final estimate could be higher, no?)

This brings us to a grand total of RM4.8 billion – and rising. There is also a kos variasi harga (Price variation cost? What is that?) – for which no figure was provided.

From RM2.7 billion in July 2007 to RM4.8 billion in May 2008. That’s a 77 per cent hike in 10 months – amazing! And work has barely started… Watch out for the squabbles between the Chinese and Malaysian partners as to who should get a bigger slice of the inflated profits.

The contract was awarded through “rundingan terus” (direct negotiations) – otherwise known as kow tim – to UEM Group Berhad. UEM is the parent company of Syarikat Penang Bridge Sdn Bhd, which holds the concession for the existing Penang Bridge, which has raked in a profit many times over its original cost of RM750 million.

Up, up and away! It’s a bird; it’s a plane; no, it’s the cost of the proposed second bridge… soaring into the Penang skies.

Scrap it and build a shorter cross-channel rail link. Think of more sustainable, environmentally friendlier alternatives. Come up with a public transport masterplan for the whole state.

I am just wondering how we are going to afford it.
Our “PROVEN” oil reserves is approx 3.5 billion barrels. Which at $100 a barrel it would translate to $350 billion dollars = RM 1050 billion.
But since we consume half of the oil we produce – what we can now sell is only worth 500 billion.
Current 2010 infrastructure project RM 60 bil – not to include other poject such as the Penang bridge.
Point here is if I only had RM500 in my pocket, I would be carefull how I spend RM60.

First of all,im sorry if i make a wrong opinions bout this.

For me,2nd Penang Bridge is the most wonderful and intelligent design and management.It is the largest bridge in Asia about 23.5km.It will give gorgeous perspective to all visitor.

If it is cause by traffic congestion,try to look for the advantages.It shows that Malaysia also have the engineer,architect and contractor who has ability to built the marvelous bridge.

Lots of competent engineers,quantity surveyors with specific experience in bridge building (and without any biase or in fear of losing favors)in the PR camp >>why don’t they review the costs of building the bridge..do proper estimates..after all UEMB hv the designs ready.It can be the counterpoint to the special task force set up by our PM to fast track the job. LGE can officially request for details of the design to setup the whole review process. And if eventually there is a deadlock..an open tender can always be called..and if the tender proves conclusively that UEMB:CHEC Consortium is price gorging… Read more »

Anil
You are forgetting december is six months away, how not to increase price,have to pay delegates ma.

nothing has changed. this government will continue its mismanagement ways and cronyism is not going to fade away. no, the gravy train has to go on to feed the fat cats. meantime, the government is telling us to change our lifestyle to accommodate the inevitable price hikes as subsidies are removed. sure, the government cannot afford the subsidies anymore but it can throw away billions into frivolous projects and fatten the alreadt well-fed fat cats. the rakyat better remember this and when the next election comes, this time round it will be more than tsunami. just kick the corrupt BN… Read more »

Your call that they come up with a master plan for the entire state is something very much in need. It is always due to lack of planning ahead that causes the problems in the end. In Auckland NZ, it is exactly this same problem of non-planning that has gotten the city to where it is. The problem may not be as serious as those in Malaysia because there are less people and cars in Auckland, but it’s a problem, and one that could possibly happen in Malaysia. The roads and highways that link to the city centre or Auckland… Read more »

The reason it keeps escalating is because UEM is umno is involved and what better way to make all the money possible to fund the umno machineries of sorts and also to fatten the privileged few. To make life easy and instead of increasing prices every now and then why not simply declare a cost of 10 billion. After all the government is so used to screwing the People. At the way things go, where does it put Malaysia in the eyes of the world. To the honest ones – dont deal with them and to the corrupt ones you… Read more »

In response to Jughead’s question, “How to putus contract?”, I believe any contract up to now has been between the Federal Govt (Read UMNO) and UEM and of course the selected partner- a Chinese Company. Putus what contract then? Did Penang State (meaning Koh Soh Khoon – stupid Khoon for non cantonese speackers) put their paw print on the agreements so far? If not, the Ball (I don’t care whose ) is in the BN’s Hands and they will have to unravel the s*** they dug themselves into. Alternatively, the contract or agreement stands at 2.7 billion, the soaring numbers… Read more »

Penang Island is choking Traffic jams and ugly toxic smoke And yet the BN government wants to go ahead Promising it costs $2.7 billion now jumps to $4.8 billion And the final figure isn’t confirmed yet There are other incidentals to calculate In my mind what contract is this? This is the work of greedy runners Pocketing it in broad daylight Since it is on state land The Pakatan Rakyat government should review the bridge plan Is it serving the people or will it cause traffic woes in the end? My bet the traffic will become bad………….. And who will… Read more »

What RM 4.8 billion when the longest bridge in the world 36km long
spanning the ocean at Hang Zhou Bay cost only USD1.70 billion or
Rm 5.61 billion. For detail on the bridge click to the site below.

Cannibalisation of the first bridge. Where do they get these speech writers?

The 2nd Penang Bridge Project is heading for a major disaster as the implementation of this project has overlooked the original reason for a new bridge ie to reduce the time to travel from the mainland to the island. The correct decision is to locate the crossing in the northern part of the island connecting the population centres and easing the traffic and the chronic congestion problem on the island. The State should immediately relook at the southern option as this was not the original option proposed in the earlier studies. The decision to locate the bridge in the south… Read more »

If it is scrapped….pay back to contract 4.9 billion.

dear anil
thanks for the article. in fact, thanks for nearly all of your articles that i’ve read.
efficient public transport and less reliance on private vehicles are the answers; amongst others. not more brigdes.

How to putus the signed contract? Or it is going to be like the crooked bridge to Singapore? No bridge but we the rakyat still has to pay for breaking the contract.

What happen to the original Penang Bridge? Did Professor Chin design the bridge without future extension? If there is a provision for future extension, we should have a monorail and go all the way to the city and to different townships in Penang.

Anil, I know I have commented on the SECOND PENANG BRIDGE in blogs published by established blogs like yourself and I will repeat my view of the plan for the Second Bridge – Penang needs the second bridge like it need a ton of c4 !!!! With the proposed 2nd bridge, traffic flow into Penang is expected to be very smooth. But hey, does Penang have enough roads to handle this added traffic? I do hope CM Lim Guan Eng will seriously reconsider this hair brained proposal of the UMNOputras whose main interest in coming up with Bridge 2 is… Read more »