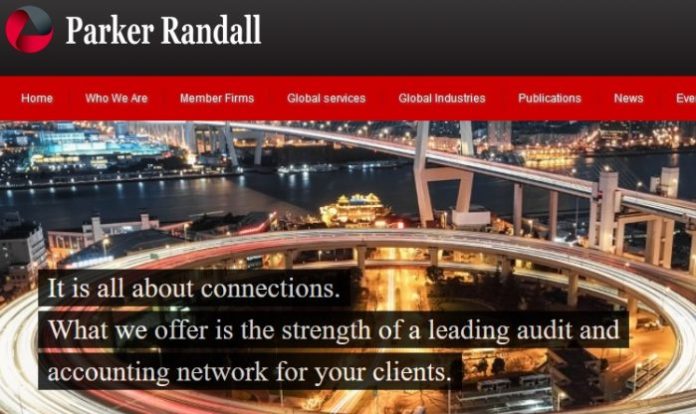 Parker who? That was a common reaction on 5 January 2017, when 1MDB revealed its latest auditor – a little known firm – after three Big Four auditors had fallen by the wayside for one reason or another.

Parker Randall was reported to be an “international auditing firm” with its website revealing “independent member firms” in 50 countries around the world.

One of them is a Malaysian firm by the name of Afrizan Tarmili Khairul Azhar, also known as aftaas with its head office in Rampai Business Park in Setapak and offices in Shah Alam, Ipoh, Kuantan, Johor Bahru and Kota Bharu.

aftaas’ website can be found here.  Strangely, the “About Us” website pages on the aftaas website describing “The Firm”, “Parker Randall” and “Team Profile” are all inaccessible. See, for instance, the “Team Profile” profile page.

Not to worry; the same page archived on the internet in August 2014 reveals the Malaysian firm’s  line-up. Here you can see that the firm’s name (Afrizan Tarmili Khairul Azhar) appears to be a combination of three of the partners’ names, with the managing partner listed as Mohd Afrizan Husain.

State funds amounting to RM74 million has been traced and found its way to the PM’s account and it has taken investigation agencies the past two years to unravel the scandal and mystery before making a report. Paul Low had the cheek to reply and report in a terse single-paragraph statement that only said ‘MACC has completed its investigations’. This wishy-washy open-ended answer has not addressed a single issue in SRC’s losses and left the issue unattended and has created more questions now than answers. Only an ignoramus person will make such an irresponsible statement in reply to a serious… Read more »

Switzerland, which has launched an international fraud, bribery and money laundering investigation into Malaysian sovereign fund 1 Malaysia Development Berhad (1MDB), says it is making progress in its probe despite the refusal of the Malaysian government to cooperate. Swiss Attorney General Michael Lauber said on Wednesday (5 April) that his office, the Office of the Attorney General of Switzerland (OAG), has been going through money laundering reports and bank documents with the help of authorities in Singapore, Luxembourg and the US. “It’s not hopeless, in fact, it’s the opposite,” Lauber told reporters when presenting his 2016 annual report which outlined… Read more »

You have the link?

“1MDB had received RM10.97 billion in cash in 2015 and 2016 through the sale of assets of Edra Global Energy Sdn Bhd, the sale of equity in Bandar Malaysia Sdn Bhd and sale of land in the Tun Razak Exchange”.

The involvement of China state-owned firms in 1MDB-related projects such as buying power assets and taking stakes in property development ventures have raised legitimate fears that some of these may involve quid pro quo arrangements in other deals which may benefit China firms.

In other words, putting it bluntly, Malaysia may be giving China plum deals in return for help in covering the hole of over RM30 billion in 1MDB.

The Bandar Malaysia and TRX prime land rightfully belong to every Malaysians, who received the short end of the stick after the prime lands were literally sold to 1MDB for a song,a scam conspired by the master thief Jho Low and the few untouchables, who used them as assets to raise Billions in foreign bonds,which fizzles into thin air. Can Johari Abdul Ghani explain to Malaysians why 1MDB latest annual financial account is delayed,what are the foreign assets owned by 1MDB and its present market value and the remaining percentage of Bandar Malaysia and TRX prime lands still owned by… Read more »

The attempt to sell a 60% stake of Bandar Malaysia for RM7.41 billion to a consortium comprising Iskandar Waterfront Holdings and China Railway Engineering Corporation fell apart as no payment was made.

What will be the repercussion?

Financial aspects of 1MDB are under investigation in several jurisdictions, including Switzerland and Singapore. But the most important is the ongoing one by the U.S. Justice department. It has already implicated by Najib by description, though not by name. The question now is whether a Trump administration will close this investigation down. Perhaps it matters in that context that Najib was one of the few developing nation leaders with whom Trump spoke on the phone soon after his election. What certainly matters big time in this context is that the one U.S. company whose embarrassing role in raising $3 billion… Read more »

Najib’s Window Dressing Can’t Hide Malaysia’s Woes The embattled premier’s cosmetic measures cannot conceal economic realities in the country. The Malaysian economy has been put through the hoops. In spite of reassurances from the country’s beleaguered premier Najib Razak that the current economic turbulence is only a temporary affair caused by offshore factors, the evidence does point to the contrary. Najib’s government knows this. It has side-stepped long-held promises to win Malaysia recognition as a developed country by 2020. And it has announced a string of statements and measures designed to either distract from these economic realities or aim to… Read more »

Is the AG still saying no new evidence to warrant reopening the 1MDB case ? All you need to do is to contact the Swiss authorities, Singapore and US and you can have all the concrete evidences you want. Mr IGP isn’t it high time for you to call up the “young Malaysian businessman ” and Mr Immigration should’nt you cancel his Malaysian passport. Zahid and Hisham being senior cabinet members are you going to continue to ignore these evidences and betray the trust the rakyat have in you. Redeem yourselves by initiating investigation to bring the culprits to book.… Read more »

Former MACC Chief Abu Kassim says, “All communities must reject political ideologies (when it comes to fighting corruption)”. Sad indeed, wasn’t he the very supreme leader of that very important community which could have saved Malaysia? Resignation, retirement, removed, fired, clipped in the wings, etc. are all collateral damages that comes along with his chosen profession – he threw in the towel…..too easily. Any logical thinking Malaysians would have backed him all the way till the ends, if he had postured more courage and determination, but he chose to shy or fade away and “remained quiet”, even after more confirmed… Read more »

The Cabinet would be spitting on its own face if it consents to probe BMF but not 1MDB which is a current and present danger.

Through 1Mdb Scandal we can see how sick our country is!

Those Invoke fellows should have such ceramah in Bahasa Melayu to reach out to the intended audience in the malay heartland.

Why the ministers from MCA, Gerakan, MIC, Sabah and Sarawak component parties of BN also sealed their lips on the 1MDB? This is precisely a searching and literary billion dollar question on the lips of most Malaysians. Are their silence an obvious indication of fear of hurting Najib; thus losing their grip in power? Their “loyalty” to history’s most notorious PM remains top in priority despite the country being labelled as a “global kleptocracy”! Why bother and who cares with scandals, shame, dishonour and humiliation as long as they’re ‘somebody’ in gov’t? That’s BN component parties such as MCA, Gerakan,… Read more »

It includes recovering every penny that has allegedly been ever “stolen” from 1MDB and the government if they win, he said.

“We will investigate very thoroughly the 1MDB money which has been misappropriated.

The 1MDB scandal has spread across the world …. Malaysia Boleh !!!

This was revealed in a Singapore court during the case of Falcon Private Bank branch manager Jens Fred Sturzenegger, according to Channel News Asia.

On Wednesday, Sturzenegger was sentenced to 28 weeks in jail and fined S$128,000 for failing to comply with anti-money laundering regulations, not highlighting suspicious transactions and providing false information to authorities.

Discontent in Malay heartland may spell trouble for PM Najib By Emily Chow SUNGKAI, Malaysia The Malaysian plantation district of Sungkai has become an initial – and unlikely – battleground for an election that embattled Prime Minister Najib Razak is expected to call this year. Sungkai is home to ethnic Malays who work for the national palm plantation operator, Federal Land Development Authority (Felda). Known as “Felda settlers”, they have long been among the beneficiaries of government affirmative action programmes for Malays, who form the majority of the population. The Felda settlers have been a rock solid vote bank for… Read more »

Bersatu will capitalize on the plight of Felda to sway the votes of Kampung folks to Pakatan?

Rakyat is screwed once again!

Get the big 4 IN THE US to audit. No one will do it. Over here d big auditing firms r independent. Just… https://t.co/DIMd4H6HUG

A Swiss banker was jailed for seven months in Singapore on Wednesday for money laundering and other offences related to a corruption scandal involving neighbouring Malaysia’s state fund 1MDB. Jens Fred Sturzenegger, 42, who headed the Singapore branch of Swiss lender Falcon Private Bank, was also fined S$128,000 (US$89,000) after he pleaded guilty at a district court, making him the first foreigner linked to the scandal convicted in Singapore. Three Singaporean private bankers from another Swiss lender, BSI, were jailed last year in relation to the affair. Among them was Yeo Jiawei, who was sentenced to 30 months in prison… Read more »