Ting Pek Khiing built a shrine at the Bakun Dam site after its cofferdam collapsed more than 20 times, a business weekly has revealed. 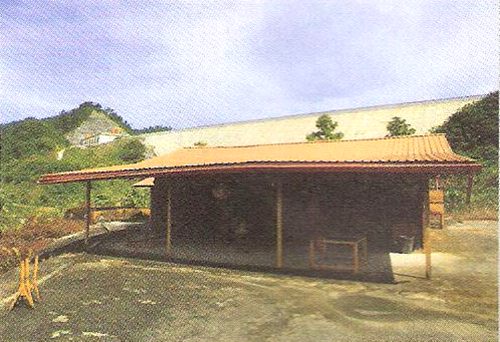 The Ekran boss brought in a priest from Taiwan to conduct prayers, and six animals were slaughtered, the Edge weekly said in its latest edition: “It is believed that the shrine and prayers helped in getting the coffer dam done.” (A cofferdam is a temporary water-tight enclosure within a body of water that is pumped dry in order to create a dry work environment for the construction of the dam proper.)

Perhaps there were a lot of restless spirits hovering around who had to be appeased? Remember the Bakun Dam affects native ancestral burial sites, apart from destroying the forests and uprooting more than 10,000 people – which might explain why the dam appeared to be jinxed from the start.

The cofferdam has been completed and the dam itself is reportedly ready for impoundment – but a host of uncertainties and cost overruns continue to haunt the project proponents.

The original contract sum for the revived dam project was RM1.8 billion and then came an additional sum of RM0.7 billion, making a total contract amount of RM2.5 billion.

But the total cost incurred so far is RM3.3 billion.

This resulted in a forecast loss of RM0.8 billion of which just RM0.4 billion was provided for.

Sarawak Hidro could impose a further RM460 million in claims (for late delivery etc) on the joint venture consortium, but this is unlikely, says a source quoted by the Edge.

Based on news reports, Ting received compensation of close to RM1 billion, the paper said. Along with turbine costs and claims from turbine suppliers, the switchyard contract, the diversion tunnel and the coffer dam cost, the bill for Bakun so far is RM7.3 billion.

And that doesn’t include the undersea cables (if at all they decide to go ahead with that), which could come up to another RM10 billion. That would bring the bill to RM17 billion – a far cry from the original bill of RM6 billion in 1994.

I have a feeling that the Bakun jinx is far from over.

Meanwhile, we are being distracted from all this by the Umno/Perkasa-MCA wayang about Malay/non-Malay interests.

Just bring in better engineers instead of priests, then all those who believe in the supernatural will have other stories to make up!

Man against Nature? No Way.
Our intention is as clear as blue sky, and Nature knows how to deal with Man.
Man will never learn.

Actually the most scary type of huntu are not those who passed on. They are usually quite harmless apart from showing themselves from time to time. The worst huntus are those living ones who practically suck the blood from us. They are also know as corrupt politicians.

If there is any malpractice in the Bakun Dam construction, (the culprit) will have to face the final music at the Hell’s Gate, with or without the temple and the Taiwan priest.

It is not about malpractice. The building of the dam itself go against nature….

People seem to believe all this are superstitious. You better believe it is true. I was forced to communicate with the other world since last year Ghost festival. Until today, I have encountered numerous incidents involving ghosts. The latest is last Saturday, I have to ward off ghosts that threaten to (harm) my patient. I even encountered a god that enter the body of a guy. Now I have a magic hand when ever I touch anyone with foreign stuff entering their bodies, I can wake them up and communicate with them. One of my strange encounter is the complaint… Read more »

“I am keeping watch at the hill side development at Farlim where thousands of ghost are rumor to be residing at one of the high rise building where less than 10% of the units are occupied.”
Ong,
Can I guess it is on a slight uphill after turning left from Lorong Batu Lancang traffic light T-junction into Lebuhraya Thean Teik? It sits on the left of the road facing a graveyard opposite.

Yes. There is one weird incident, a security guard who worked there, fell off from his bike at the site. He suffered a very strange injury, he lost a big piece of his skin at his thigh without any tear or wear on his pant.

Two more construction works are pending next to this building. One at the upper level while another is at the side. The one at the side is build too close to the road without fulfilling the 20ft setback requirement. Will both construction works caused disturbance to this haunted building? Let wait and see. If our friend think there is no harm to approve the project and without proper monitoring, I am glad to wait and see what will happen…

The look of it is not a very conducive site to stay. Too many ‘sha chi’ – front, back, left and right. Especially the front. And the ‘hill top’ position though commanding a great view could harbour a very strong ‘naga’ tail which can be unpredictable in Nature.
Disturbances to its natural structure can cause havoc to the living.

No wonder there are a lot (thousands!) of ‘Ho Hia Tee’ taking abode attracted by the bad chi accumulating.

Wondering the developer think of any Phor Tor show for these restless ‘Ho Hia Tee’?

The site is ok the real hantu is the BN government Dump the BN Government and close the dam all will be well.

More reason to get rid of this wasteful government, hantu or no hantu.

Speaking of occult practices in the construction industry: Have you heard of the Penang Bridge during its construction in the 80’s? It was hear-said that the Korean builders had to give pig offerings to some sea creatures at each pillar stage in order to safely continue building to the next pillars. After completion of the Bridge, the same creature or creatures continued to surface expecting the same offerings but finding none. That could likely explain why there were numerous deaths at Penang Bridge in its early years. A religious guy was finally engaged to fight off these creatures in the… Read more »

The solution is simple. Tomorrow order the Mint to print 20b. After deducting the 17b there is still change of 3b for bonuses on a job well done.

The cofferdam collapsed 20 times, an imported priest, a shrine, prayers and six animals slaughtered, all these are cost associated.

Now, do you understand how the contract works in M’sia? I read that joke in IEM magazine.

One Night
Reply to  Erick Nicholas

Don’t be surprise. The native ghost speaks many languages besides Chinese. He knows many languages like Thai, Japanese, Korean, English, Spanish, Italian, Russian, French and German.