A submarine that has problems diving?

John Berthelson of the Asian Sentinel has given us something more to think about here. 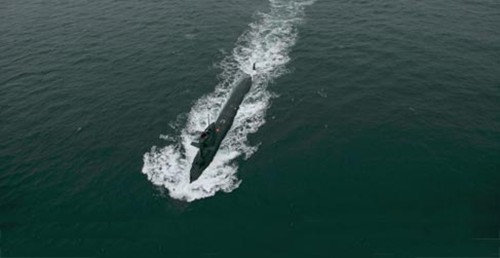 So far, 10 Scorpene subs have been ordered from DCNS – two for Chile, two for Malaysia (at a cost of RM3.4 billion) and six for India. DCNS designed the Scorpene and developed it jointly with Spanish naval shipbuilder Navantia. The second Scorpene for Malaysia, the KD Tun Razak, is expected to reach Lumut in the middle of the year.

Services for the submarines in Malaysia are supposed to be handled by Perimekar, which is reportedly associated with the Boustead Group. This is the same Boustead that is claiming damages from the Penang Island Municipal Council because it was asked to scale down its hotel in the heritage zone of George Town.

(Apart from selling Scorpenes to Malaysia, DCNS was also involved in a Stealth Frigate Programme with Singapore.)

Meanwhile, Pakistan is reportedly interested in acquiring seven submarines, three of them French Marlin class latest diesel electric conventional versions “in a bid to meet any challenge from the rapidly expanding Indian navy”.

And where is Pakistan reportedly turning to for the French submarines? Why DCN of course. $$$

With French prosecutors investigating several submarine deals, some people could be in for sleepless nights.

The French have more in common with Malaysia. Money and sex can easily make people forget about details of transaction or make up new data even when none exists.

(Some of) the French are equally corrupt! As far as the deal is sealed, as far as they get their share of profits, they are prepared to do anything. Otherwise just how could they marked up 114 million euros on the cost of purchase, which they are sure are absolutely out of this world and absolutely unethical, as they are clear it is the Rakyat who is going to pay ultimately. Banking on (these) French to solve your problems? Go Fly Kite. The French are no angels, if they are so morally high ground, then conduct a thorough and professional… Read more »

Stop listen to rumours from RPK. Everyone can say anything or make a SD and run away. This is just one way communication.

Hello bro! You are finally back from Hulu Selangor? Good. I saw you at your outlet, I guess, without offense meant, not a very profitable one, right? Difficult in retail business. Luckily there are no hypermarkets there, otherwise you can close shop, bro. I read your comments with your advice to Yang, I have not seen your other outlets bro, but in KKB, difficult. Looking at your outlet in KKB, I think you should be happy if you can net RM2,000 per month after tax. You see, assuming your outlet’s revenue sales is RM3,500 per day or say RM100,000 per… Read more »

I have started a civil boycott of the this company and it’s products and services.

I beg to differ Sean and reason being this is France we are talking about and not the Brits. Recap for the benefit of those unaware, the Al Yamanah investigation by the Serious Fraud Office(SFO) in UK made inroads following the “money trail” that sufficiently proved the involvement of (the) former Saudi emissary to Washington… receiving kickbacks between Saudi govt and UK contractor BAE amounting to some US$1 plus billion. Having established the fact, the investigation ended prematurely when “pressure” was exerted at the highest office only for the House of Lords to stepped in instead to put an end… Read more »

“sleepless nights” Joking, right? The only ones in for sleepless nights will be those staying up late to write job applications for those plum ‘prosecutor’ jobs. After the terrible punishments French prosecutors exacted on the French establishment for sinking the Rainbow Warrior in a New Zealand harbour, I bet any French citizen involved in bribing a few foreign officials – even if they are C4 fans – will be sleeping like a baby. I don’t mean to be cynical, but I expect this to go almost exactly the same way Al Yamamah went in the UK: nowhere. If you view… Read more »

In the “Al Yamamah” case, no British life was lost.

In this case, 21 French lives were lost in a bomb attack in Pakistan…

You mean this one?
http://en.wikipedia.org/wiki/2002_Karachi_bus_bombing
Point taken about loss of life, but ‘National Interest’ is almost always the ultimate trump card in these things. Let’s see how this evolves. All the news reports I could find about the French case seem to be around June last year. Has there been a development since?

All I know is what I’ve being told by someone from the French military – they are still looking for the (person) who ordered the bomb attack.

Remember the French has their legionnaires…