This is a report from today’s Philippine Star, page 15:

You can also find the same report online in the Philippine Star website.

“It appeared that the Malaysians who had also fallen prey to Amalilio’s supposed pyramiding scheme were alerted when they saw on television that the head of the Aman Futures Group Philippines Inc. was set to be deported on Thursday, prompting them to seek the help of Malaysian authorities in holding Amalilio so they could get their money back,” said the Manila Standard in a report.

Why is Amalilio wanted? See this report in Philippine Star. 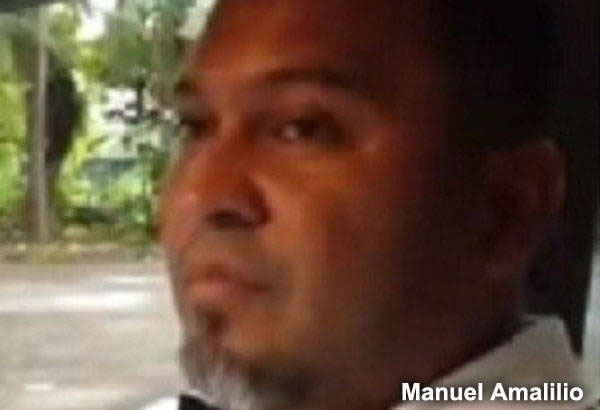 I trust the MACC is hard at work(!) investigating these allegations in the Philippines’ press so that the Malaysian personalities mentioned can be cleared if they are innocent.

Anil, Sounds like the backhanders will continue while you have this government?

Crook, liars and deceivers all for monies for their cronies. This is what UMNO BN and their sycophants stand for. Does they really care for the people.

A report released by a prominent German environmental research institute has warned that the controversial Lynas rare earth refinery in Gebeng, Pahang has not met safety standards

Scandals after scandals are being revealed daily in Malaysia, it is just like a cancer in the final stage, there is no much even an Oncologist can do. Malaysia presently is in a similar stage, the cancer has spread to all parts of the body, it is way beyond salvation and as such there is only one way to ease the whole shamble is to put Malaysia to sleep. Put Umno to sleep !
Just kick the Umno morons out of Putrajaya in the coming GE, period.

We have in Malaysia, illegal leaders and illegal Governments who are bent on all sorts of illegalities…

STOP these illegal leaders to destroy more of the country.