A storm is blowing over Pakatan Rakyat in Selangor and the mainstream media are going to town over it.

One of the issues that was bound to crop up sooner or later revolves around the Pakatan Rakyat leaders’ relationship with the the business community including developers. PR representatives need to keep the business community at arm’s length to protect the interests of the public. It cannot always be a “win-win” situation. Sometimes, PR leaders have to choose whose interests they want to protect and uphold – vested business interests or the people’s interests (e.g. workers’ rights, public safety and environmental protection). For instance, PR leaders need to respond decisively to the people’s demands for a ban on all steep hill-slope development.

The other issue is whether CAT is really being put into practice – or is it just a slogan? For instance, why haven’t Pakatan leaders declared their assets publicly? Pakatan reps were elected to power in five states because people felt they would be  different from the BN folks. The non-declaration of assets so far is a major letdown.

I made a quick call to economist Charles Santiago, the DAP MP for Klang and one of the more principled politicians in Pakatan, to find out what was going on with the move of the main bus station to Klang Sentral, about 15 minutes away.

He explained that there had been public protests and opposition to the move to Klang Sentral. In view of this, all he was asking for was for the concession agreement between the Klang Municipal Council and the developer to be made public and for a public inquiry to be held before a final decision was made.  Sounds reasonable to me.

READ MORE:  So they want to build a monster highway on sensitive hill slopes in Penang

Pakatan had better resolve this quickly, but I suspect this is just a symptom of a much deeper problem that is bound to manifest itself in different ways and on other occasions. 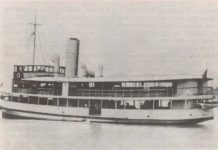 Ahmad, you are 100% correct, correct, correct. That over sensitive “Mike” shouldn’t think like BN… Maybe he is doing “Samy no value” trick again. We don’t need anymore race championing MP.
We want peoples MP for all.

Folks Let’s not turn this topic into “Bash Manikavasagam” thread (not that this clown doesn’t deserve it). The real issue is Klang Sentral and at least in this matter I think Manikavasagam’s views are valid. Aaron I think you are missing the point here. This is not about people not liking change. Suggest you fully understand the complexities of the issue before making posting. Also please do not defend the PR government when they are wrong. If we keep defending them, it would be only a matter of time they will be equally corrupted as their predecessors. As I had… Read more »

On K’s comment on benchmarking against the best practices, I would agree but you need to make a start from somewhere, right ? When you inherited a system that needs a major overhaul , you do not expect the new machinery can to made to tip top efficiency overnight. You must recognise that the system is made up of people and to change the system you need to change mindset of people and this needs time. There can never be the ” best ” of everything in this world. Even the best companies do have their failures as well. Yes,… Read more »

No, Klang Sentral is not that far away from the old Klang Bus Station. It’s within 15-minute drive and if you are used to using public transportation, 15 minutes is not that long. Plus, how many of us are really using buses to commute everyday? Let the frequent users decide whether or not the Klang Sentral is worth a cent, after a few months. Some people really love to grumble when they are not in the position to do so. Some argue that businesses would be affected if the old Klang Bust Station is shut down, but have they ever… Read more »

Many readers and writers in the blogosphere are very skeptical of the current PR government, and possibly the future of Malaysia. I don’t blame them. I mean, the three parties just got into a relationship, it’s supposed to be smooth flowing right? What’s more, fresh grads are supposed to be good at everything, and new brooms are supposed to be better at sweeping floors right? But certain statements like “kicking them out the next elections”. Come on, you’re telling me you want BN back in your state? I rather give the vote back to PR! Do you want people like… Read more »

Dear Anil, I want you to take my message to one Mike, the MP for Kapar. Kapar MP should be told that he wasn’t elected by Indians in Kapar. Indians form only 12% of the voters while the Malays form 50% and they gave him 12,000 majority just like the Malays in Padang Seria (Kedah) of Gobalakirishnan gave him almost 12,000 majority as well though both were parachute contestants. Yet he (Mike) is behaving as if he was elected by Indians alone and says his can only consult Hindraf as if the party didn’t invest in him, didn’t campaign for… Read more »

Dear Edwin, Care to suggest what would be the best solutions to these problems. Dear all, Based on all comments posted, I can derive the following conclusions: 1) The Future Bus Terminal is 15 minutes away from the present one 2) There is a severe congestion in the present terminal 3) Most who protested vehemently are traders at the present bus terminal Edwin has proposed the bus terminal to be 1 or 2 kilometres. Er, that means the state government got to build another bus terminal. Which points back to what happens to the new bus terminal? Another white elephant!… Read more »

Llan Sang Seong how wrong you are what makes you think that are no new napoleons now.Go around to the ground and just don’t hear hearsay
as these politicans are all the same with only difference being one a thief the other a robber.

The Association for the Improvement of Mass Transit (TRANSIT), Klang Valley, has tried to give feedback to the Klang area councillors, MP, and ADUN as well as the Selangor state government regarding public transport issues in Klang. We were happy at first to get feedback from Selangor speaker Teng Chang Khim (who is also an ADUN in Klang) as well as MP Charles Santiago. TRANSIT supports the call to make the concession agreement public so that Selangor residents will be able to see the CAT principles put into practice. TRANSIT also asks that the government and wakil rakyat become more… Read more »

Edwin Please do not speculate on something that you do not have any knowledge on. While the Klang Sentral developer might had had some connection to UMNO is not far fetched, this is not a place for recycling conspiracy theories and rumours as facts. If you do have the facts please share, I am all ears. At this juncture it is not clear who or when the agreement was signed or what are the terms and conditions. I think if the agreement was signed during Khir Toyo’s time and was unfavourable to Selangor govt, the current MB Khalid Ibrahim can… Read more »

I notice that whenever there is a problem pertaining PR govt, be it Selangor or Penang, is discussed, there are a bunch of people tend to jump in and become very defensive and protective. If UMNO have their Cyper troopers, perhaps PR have their Cyper Propagandists ? There is no attempt to discuss the issue objectively or in non-partisan way. And when someone makes a comment that is considered not pro-PR, he / she is attacked and some even ask that comment removed. These folks never fail to point out that the previous BN admin was worse off. I think… Read more »

Whatever you say about the PR govt. the rakyat thinks that they have done much better than the BN govt.

Little Napoleons like Zakaria with his huge mansion in a low cost housing area is gone. Gone too are the arrogance of power like allowing advertisment boards all over the place ; massive corruption in high places like approvals for high rise buildings close to residential areas and hillslopes etc

If you still want your states to be robbed in broad daylight then vote in BN.

Since March 8, there has been little change in Penang that is visible to the common man. Just a lot of blame and finger pointing at the previous administration. Penang today, looks like Koh Tsu Khoon is still running the show, which means no progress and daily traffic woes.
PR made a lot of promises, but has yet to implement any. Need more time? 3 years more and we will vote again. Looks like BN, PR are all the same. Time to relocate to another country as I see no hope, just promises of hope.

Dear Anil, I am from Klang and of course commuters are very angry that they have to travel so far to catch a bus. On the other hand the old bus terminal was causing a some congestion to the town centre. But it could have been relocated much nearer to the city centre … a kilometer or 2 away perhaps. Moreover, the congestion and the bad traffic situation is not really caused by the old bus terminal but more by the poor ingress and egress planning of the traffic police and MPK. The New Terminal was planned by the previous… Read more »

why no complain about Pudu? Or terminal 1 in Seremban ( and they have build Terminal 2 yet now the NS government still did not agree on the change,

Anil has yet to answer to all of us – if certain architect seems to allude his point of contention, why is he diverting our attention to this? I think PHT (penang heritage trust) should share some limelight…or is he transparent in the first place?

Public Transport – efficient, affordable, accessible and seamless will help all especially the low income group to go to work, go to school, go for shooping, go to hospital, visiting famlies – enable sociao-economic access. Current planning of bus terminals (supposed ‘domestic’ & ‘international’) and services by the operators and government servants, do not serve the customers – passangers. Have we learnt anything from RapidKL? When RapidKL introduced ‘circular’ route, there was no promotion or publicity and enough period for people to ‘buy-in’. Routes from residence to work place or school, can not be changed at will. This change over… Read more »

Agree that the concession must be made public and more so if they are signed during PR’s reign. Also, it is necessary to decentralised the terminals. Just look at Puduraya. The jams are caused by peoples cars stopping at the terminal and police are not doing anything at all as the rakyat are double parking and cause constriction

one question, anil. when was this concession signed? any way to get out of this concession or is it the usual stuff that is skweded in favour of the developer?
i smell a rat, here.

If Pakatan Rakyat behaves like the previous state government, we will just kick them out in another 4 years, simple. They better perform for the interest of the rakyats and the country and not for their own pockets.