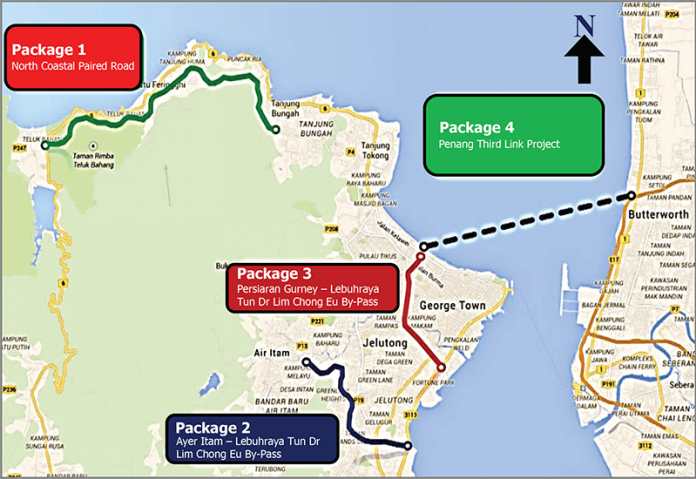 This is getting a bit bizarre. Fashion apparel firm Voir Holdings Bhd has proposed to take up a 13.2 per cent stake in Penang tunnel developer Consortium Zenith for RM9.9m in cash as part of its “diversification” plan.

Consortium Zenith was awarded a RM6.3bn contract to build Penang tunnel and three highways in 2013. In return, under a controversial land-for-infrastructure swap deal, the company was supposed to receive 110 acres of reclaimed prime land under phase 2 of the Seri Tanjung Pinang project and a tunnel toll concession.

But the project has been bogged down by delays.

The chairman of Voir Holdings Bhd is Zarul Ahmad Mohd Zulkifli, who is reportedly also a 43.4 per cent shareholder.

When BUCG was removed as a partner, Zenith Construction Sdn Bhd effectively became the main shareholder when it took over BUCG’s 95 per cent stake in Consortium Zenith BUCH Sdn Bhd, increasing its stake from 1 per cent to 96 per cent last September.

Thus the shareholders in the original consortium awarded the contract have changed dramatically.

Voir Malaysia Bhd now proposes to acquire 3.5m new ordinary shares in Consortium Zenith Construction Bhd, representing a 13.21 per stake, for RM9.9m. By now, the consortium has RM74.6m in audited net assets (even before major work has started); so a 13.21 per stake comes up to RM9.9m.

Voir had posted a profit before tax of RM1.0m for its 2016 financial year.

In the run-up to the announcement of its proposed acquisition on 30 August, the Voir share price rose significantly: 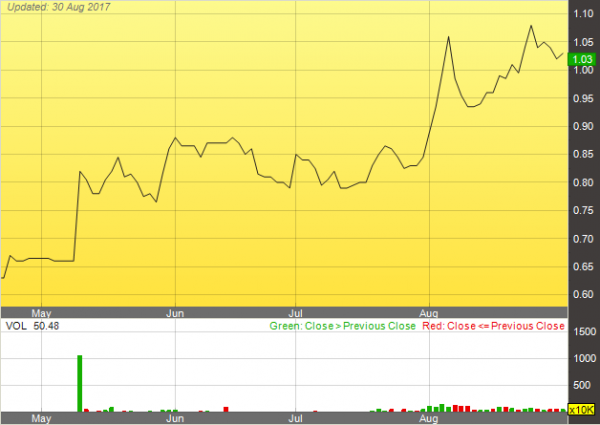 All a bit confusing – but one thing is clear is that the stakes, direct or indirect, of the major players have changed signficantly since the award of the contract.

The coveted end prize is of course the 110 acres of reclaimed land, even as the prospects for the tunnel remain hazy.

Maybe Zarul is going to raise funds from the KLSE ? Without the Chinese factors at all ? Pipe dream only !!!!

Speculation is rife that the new Proton CEO is from China, Geely’s Li Chunrong.

An insult to ‘Ketuanan Melayu’ if this is true since Geely only owns 49.9% of Proton.

Standards terms of construction contracts from govt, especially PH govts has “material shareholder change” terms – if it changed too substantially its voided or require re-permission/re-tender.

Anil,
In your opinion, China rail or Japan Shinkansen can get to operate the KL-Sin HSR? Who has more say in awarding contract, Umno or PAP?

I have no idea. Though I believe China was aready eyeing this.

China could be applying pressure. The original China investor in a “city” within KL pulled out, ostensibly due to new China restrictions on FDI. The potential replacement (a real-estate group from China) also pulled out, maybe for the same reason.

najib smart to apply pressure to china by visiting trump in usa.
mo1 cleanse all his 1mdb sin before doj, by allowing us to station its 7th fleet navy at Sabah and Sarawak(?)
come ge14 mahathir cannot accuse najib side china. smart move?

How to compete with Singapore when staff come late, take heavy lunches and are confident they will never be fired – even in a private cusiness? How to develop plans that are truly in the national interest when we depend on con-sultants.

We’ll get a designer bridge/tunnel!!

Penang’s chief minster Lim Guan Eng has chased out their China’s partner due to an accident in KL !
Now, China Railway is no more interested in the project too ! One of China Railway’s officer has just put it bluntly in a recent gathering dinner : 全都意兴阑珊了！ （Can’t rekindle any interest at all !）

This world only one Chinese construction company and yet the Chinese are begging indo to build Bandung rail and compete with nippon?