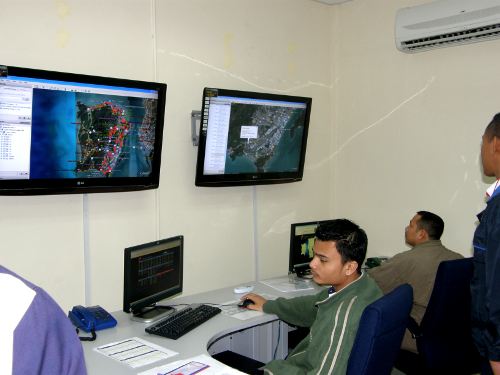 The Commercial Vehicles Licensing Board (CVLB) has rejected an application by Rapid Penang to transfer 30 buses from RapidKL for use in the mainland, reports The Star today. This is the same CVLB that is largely responsible for the sorry state of public transport in Penang.

CVLB chairman Markiman Kobiran said the board had to reject the application because Seberang Perai currently had adequate bus services provided by Rapid Penang and other bus companies. Oh yeah, everyone is satisfied with the bus service on the mainland? Between the CVLB and Rapid Penang, I think I would trust the latter’s judgement more.

Get this, CVLB is blocking the transfer because they are afraid of “unhealthy competition” among the bus companies:

“If Rapid Penang brings in more buses, it will jeopardise the original intention of improving public transport, and create unhealthy competition among these bus companies,” he said via a telephone interview from Kuala Lumpur yesterday.

Unhealthy for whom? Rapid Penang is a federal government-owned entity based in Penang. And if they feel that mainland Penang needs additional buses – and I am sure the public will be delighted to have more buses on the mainland –  why is the CVLB blocking the move? Surely a little more competition would help to improve the bus service and benefit long-suffering ordinary passengers.

The government has created RapidKL and RapidPenang (GLC Operators) and Prasarana (GLC Asset Owner) but has not created Local Authorities to control public transport in the Klang Valley and Penang.

Hence, the GLCs must operate low-demand and social routes at high frequencies, maintain a website and call centre, and provide a certain level of service (ultimately, losing money) while the private operators get to operate profitable routes at low frequencies, are expected to provide nothing to customers and can get away with extremely poor service and maintenance.

It does not make sense that government-funded operators are losing money while private operators maintain profitability?

Remember, these 30 buses from RapidKL are just a temporary measure. Rapid Penang has already order 200 European-made buses, of which 100 are meant to be used on the mainland on more than a dozen new routes.

These buses are scheduled to be delivered in January. Is the CVLB going to block the deployment of the 100 new buses to the mainland as well?

At the end of the day, decisions about what is best for the bus service in Penang are best made in Penang and not in KL. That is why Rapid Penang must eventually come under the Penang local authorities or Penang state government perhaps via a Penang State public transport or bus regulatory body. It would be ideal if the ownership of Rapid Penang is eventually transferred to Penang as well.

Unhealthy competition exists because the caretaker for people’s mobility needs never bother to set up proper support systems for investors (as players) to compete in providing the best services for the caretaker’s own constituents.

Demand your RIGHT for a better public transport. PLEASE join our dicussion group. Send an email to [email protected]

Who has to obey who, CM Lim GE or CVLB chairman Markiman Kobiran? This is like the case of an ordinary school teacher shooting down the orders of his Headmaster, and getting away with it

just allow them to give service to SP folks. stop being a b…… la

I think the ACA should look into this. In true Malaysian style, some one from the other bus companies (could have influenced the) CVLB to make this decision.

This CVLB chairman is a sick reflection of the political leadership who put him there in the first place.

Equally shocking is the deftening silence from the CM office so far.

another idiotic statement which is as good as that coming out from the mouth of the governing party which appointed this idiot to the position in the first place.
in simpliciy, it takes an idiot to appoint an idiot.

Wherever the federal govt can, they will put a spanner in the works. Be prepared as this will continue with amny other situations and even get worse when Najib is PM

This is a very sad case of the people of Penang losing out. It is no wonder the Rakyat is frustrated with the whole delay of the improvement of the public transportation in the whole of Malaysia. It is time for CVLB to wake up – get rid of those unable to assist the public from its company.

Heh heh… you hit the nail right on the head again, Anil! I also thought the CVLB is not looking after the interest of the bus commuters on mainland Penang or even the government-owned Rapid Penang. I think they are looking after the interests of the “other bus companies” operating on the mainland owned by you-know-who-lah from you-know-which-party lah!!! Oh Malaysia Boleh!