At 5.20am on 8 March, an unnamed Captain, based on known information, felt that MH370 “never left Malaysian airspace”. But the search and rescue in the Straits of Malacca was only carried out more than five hours later, after 10.30am (though the South China Sea search had begun earlier that day).

The Captain’s name was edited out of the preliminary report that was released. 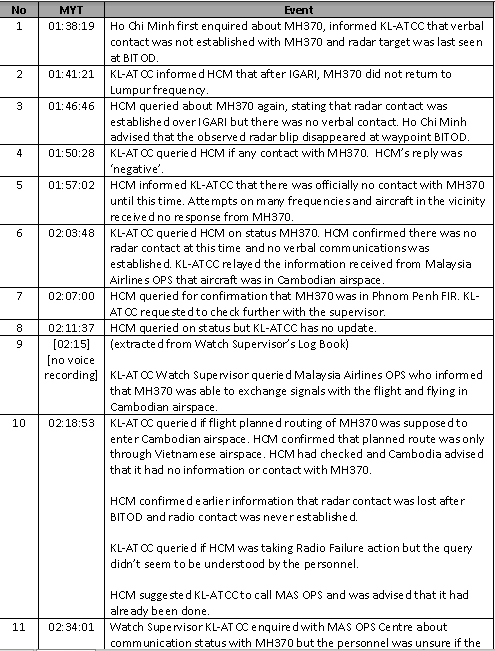 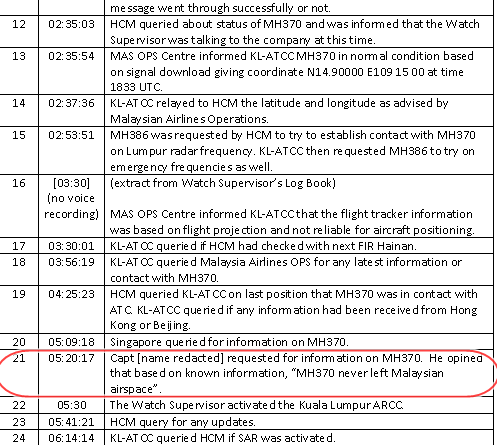 Who was the captain whose name was edited out? And why was his opinion not immediately acted upon?

Ah Nar Such a long view from you. Let’s put this way. It is definitely an aviation mystery that will unravel with time. Ah Nar You are using the disaster as a political tool for you to manipulate to your advantage. Please be more humane. Do show respect for the passengers of flight MH370. Oops I have forgotten! You are 100% under the BODOH group. Ah 2 dislikes. More to come

What has the mysterious disapperance of MH 370 got to do with the HUDUD issue???
If you cannot make intelligent comment better shut uuup..!!!

The Malaysian authorities for Search & Rescue(SAR) often repeated “we have nothing to hide, ..world will judge us well” Why then was the “Captain’s” opinion registered and recorded in Preliminary Report and deem fit his name left out? Is this classic case of ‘transparency Malaysia’?

When a dog lost its puppies, both its ears will immediately stand 90° straight, its nose breathing in more scents to scan for traces of their whereabouts. It seems MAS OP was taking it slow & easy when obviously suspicious flight behaviour flied straight in the faces. SOP was nothing but pre-curse-ser for sobs for later wailings accusing who done it. As usual, important verifiable data like the captain’s name was deleted. Not surprising that past Mongolian beauties visa records too got deleted from immigration records. Co-incidentally or inescapable karma-reminder, our Endless Possibilities tagline was Mongolia’s initial tagline for some… Read more »