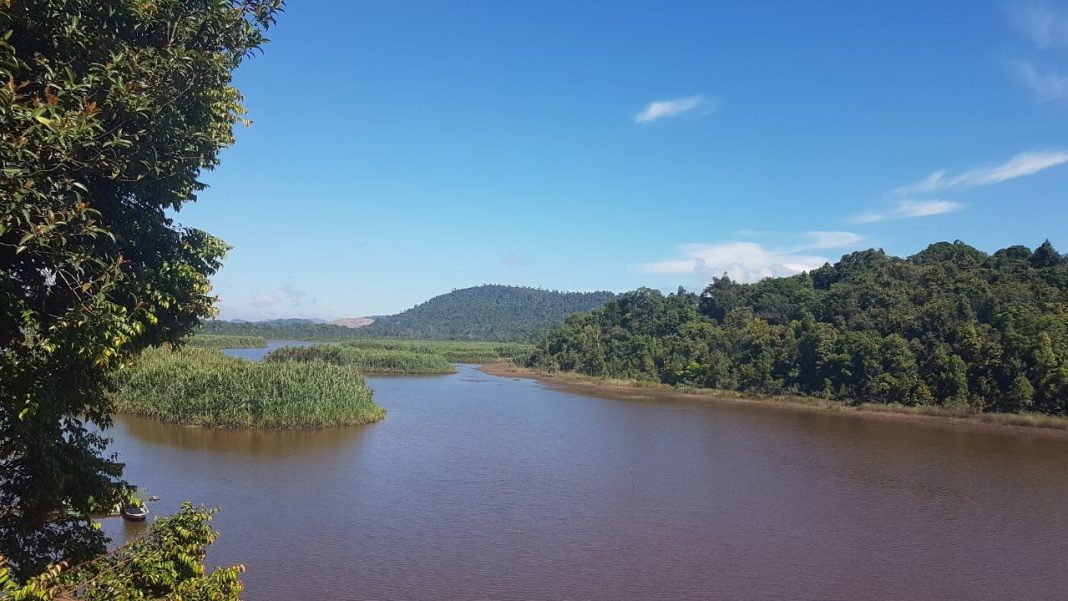 The biggest threat to Tasik Chini in Pekan is not the legendary Naga Seri Gumum (Malaysia’s answer to the Loch Ness Monster) but corporate activity and the greed of outsiders with vested interests.

A friend of mine who visited the 12,565-acre lake in Pahang reported some alarming developments that have left the lake a pale shadow of its former self.

Tasik Chini, awarded Unesco Biosphere Reserve status in 2009, is the second largest fresh water lake in Malaysia. But from his conversations with local Orang Asli and Felda settlers in the area reveal, my friend learned of deep-seated problems at the lake, which has five tributaries, and its surroundings.

He listed them down and sketched the sources of the problem:

Even though the dam was later lowered, the damage had been done. UKM set up a Tasik Chini Research Centre but there is little to show from it.

With tourists now shunning the area and fish stocks declining, the residents lament their sources of livelihood have dwindled. And although the water is now more polluted, the Orang Asli still use it for their daily needs.

A whole herd of dragons couldn’t have caused as much carnage. It is time to stop all environmentally harmful activities in the area and remove the dam once and for all.

Anil
I hope you put focus on rivers near Bayan Lepas, polluted by factory toxic discharge.
Being Penang centric, your publicity can spur the authorities to take quick action.

How can justice flows like a mighty river at Bayan Lepas IF no care for the polluted rivers there ?

Ideal Properties SHOULD rehabilitate the river instead of glorify its logo at the Bayan Lepas roundabout; likewise SP Setia at Airport Roundabout, if we talk about true CSR !

Foremost is tasik chini is gazetted as a forest reserve or natural park, why a dam and a training camp is built there? Of tun Lang only meow when major rules are broken and a great hue and bark when there are some development on hillslopes

On the other hand we still blame lky for changing once a black tea singkapor river into water recreation beaming with fishes and source of newater for drinking.

Many have said that Singapore has no natural wonders and is all man-made. The island city of Singapore is surrounded by water yet struggles with scarce inland freshwater sources, so the city comes up with a unique plan to create entirely new sources of water. A pivotal part of this visionary scheme is the Marina Barrage, a 300m flood barrier that will provide flood control, enhance water supply and quality and create recreational opportunities – all in the heart of the city. Singapore turns the tables on nature to become a world leader in the provision and management of water… Read more »

Who were and are responsible for this?

Your question should pose to the well being of Malaysia as a whole on who were and are responsible for Barang Naik ???

Murder in Malaysia: how protecting native forests cost an activist his life
https://www.theguardian.com/environment/2017/mar/24/in-malaysia-how-protecting-native-forests-cost-an-activist-his-life

I always hear and read the stories of this mighty lakes Chini many years back.The thrill of anglers fishing for toman,kelah and the beauty of the lotus flowers blooming. That time i don’t have the means or $$$ or time to spare to view the Chini Lake. rajraman.When i have the time and the $$$ its already dying.Its likes a fairy tales now.Too late for me to go and see a dying lakes.Its will remains as part of fairy tales stories in my life time.Hopes the greeds of Political Traders stop and the next generations will enjoy what i will… Read more »

Need to create a dongeng (tale) of Tasik Cini monster to pull in visitors paying entrance fee. Money collected to maintain and sustain ecosystem of the lake.
This can only be done when Barang Naik ousted otherwise money collected go elsewhere instead.

Bolehland has created dongeng tale of 1MDB starring MO1, that have made Bolehland well known for the wrong reason.

What a disaster, and all for greed!

of course it comes late. Who wants to care about ulu place ? But this ulu place is the prime source of natural and unpolluted environment. No one bother to report this place until now. Instead it concentrate where there are human social and economical activities. By the time the report is on tasik cini, don’t cry for me cini. Others don’t twist and zoro twist the words again?

This time you talk like grown up.A point for you zoro
rajraman.Why are you keep repeating the same words Zoro? Are you upset or angry dear Zoro.Please calm down.Take a deep breath of air from your belly and release it.
I worried you might get heart attack.Cool buddy.

no i fear it is you and your mate tun lang. always ranting nothing but compains. but full of complains depress the society. you always right and others always twist their words?

Zoro is ok until he is ridiculed by tunglang.
Both traded nonsense to one another.
Rajraman wants to be referee?
Rajraman is sane for now until he is challenged by tunglang?
Many readers came and go and never return after the insults from tunglang.
Rajraman disappeared for a while but could not resist the limelight on Anil’s.
Anil would not care less so long as readership increase to boost his takings.
What heart attack you are talking? More likely to get diarrhea eating contaminated nasi kandar, mind you.
Anyway good to go for health check once a while.

Everyone, please stick to the topic of Tasik Chini here.

Mutu
I am and what i am.I can turn around whack anyone.
rajraman.Don’t be fire stone Mutu ( batu api )
Please allows this comment aproved Anil.
Thank you.

Please everyone, stick to the topic.

of course you think it is your right to whack others but does not means others do not have right to whack too. you think you are always right and only see your universal truth? also please have a good look at one’s moral before condemning others.

Please everyone talk about Tasik Chini instead of ‘whacking’ each other.

How many restaurants in Penang have grease trap installed to prevent direct discharge of all the oily waste direct to the drain, into the river and to the lake or sea? Else you get all the above.

What about those street hawkers operating on roadsides, disposing their waste direct to the drain?

Want to emulate SingLand’s Cosmopolitan Flavor but have no brains to enforce the use of grease traps or proper food waste management system tied to hawker license issuance.
How can be fully Cosmopolitan Penang???

grow up man. you always complain snd on black tea. you are really a pasar mlm snake oil seller. talk about jams and global warming but drive a 4wds. you give stupidest comment. Oil interceptor does not comd from singland. dbkl is going to implemenf oil interceptor.our indah water treatment cannot cope with oil and grease. smart alec try to shot off waste treatment experts.again you are raising singland when it is a technical solution to black tea you are raising. grow up instead complain like a kid. raj must be glad to have you as a mate???

Not a Troll
Reply to  Willy Shibuya

Now China people are top property buyers, ahead of Singaporeans, in Malaysia.
Soon Mr tunglang will attack Mainland China as he has previously done on Singapore?

Another Tasik is threatened: Tasik Temenggor @ Belum-Temenggor rainforest Remote locations hamper investigations http://www.nst.com.my/news/2015/09/remote-locations-hamper-investigations?m=1 GERIK: Most of the logging compartments in Temenggor forest reserve are located in the remote parts of the jungle, making it difficult for the authorities to make frequent checks on site. Located around the man-made lake Tasik Temenggor, the forest reserve is part of the 300,000ha Belum-Temenggor rainforest which also covers the Royal Belum National Park, Belum forest reserve and Gerik forest reserve. It is also home to wildlife such as elephants, tigers and various types of poisonous snakes and insects. When launching the second phase… Read more »

Tasik Chini represent the ruling party mirror image.Years of abused of powers without caring for the nature like abusing the peoples rights and welfare.

rajraman.For the sake of $$$ the ruling party destroying the nature and this country

Our rainforest have to make way for oil palm plantations by Felda settlers?

Sometimes when a country need to develop we have to sacrificed.Its can be felda or whoever but the Political Traders job is to maintain the nature,wildlife,water catchment area and the rights of orang asli first.
Abusing the nature for more pocket $$$ by Political Traders is morallly wrong.
A good example now is Tasik Chini.

This is so wrong in too many ways! I went in the early 90’s & it really was a paradise.

Aborigines are an existential challenge to capitalism; hence the efforts to eliminate them. When “opposition” states try to join the party, we hear mealy-mouthed statements on the need to tighten the laws on EIA, Detailed EIA, SIA, etc. Most of the time, the reality is this: – insanely useless projects – theft of project plans or “persuading” the proposer to take on an approved partner – bloated, no-bid contracts – vague “public-private partnerships” – even Donald Trump is now emulating Bolehland – contract hawking and subcontracting – “approval in principle” – superficial oversight as an alibi – payments for poor… Read more »

The monster of Tasik Chini has no match compared to the terror of M01zilla from Pekan!