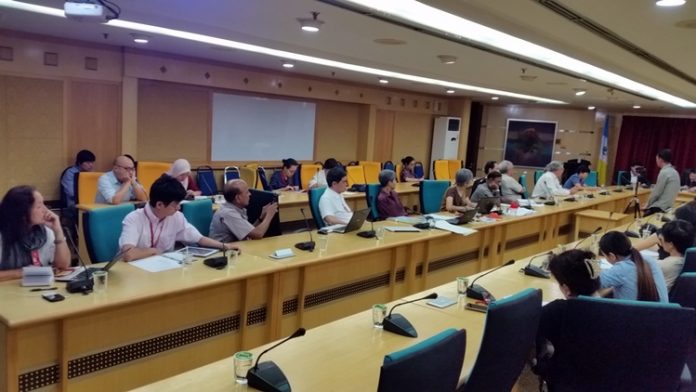 The Penang Forum steering committtee released the following ‘executive summary’ to the media during its meeting with the chief minister of Penang:

To address public concerns over hill degradation in Penang, the Penang Forum took the initiative in September 2015 to co-organise a public forum on hill development with the MBPP and relevant Penang state authorities.

But the council and the state decided not to participate in the effort and missed the opportunity to engage with the public.

In organising the public forum, the Penang Forum is non-partisan and has not been influenced by any other body or organisation.

The Penang Forum has not been misinformed. Its information and data came from two sources:

The scarring on Bukit Relau has grown into an unmitigated disaster. Despite a stop work order and a fine against those responsible, major earthworks, including the building of road infrastructure, have taken place.

While it is technically possible to build safely on hill slopes many stringent conditions must first be in place and complied with. The present approach to environmental and engineering impact assessment done in isolation for individual hill development projects should be reviewed.

The Penang Forum calls on the Penang state government to comply with its own stated policies of prohibiting development on hill land above 76m (250 feet) and/or with a gradient greater than 25 degrees.

Special projects should be limited only to those of public interest.

We recommend that the authorities implement a holistic planning and monitoring system that takes account of cumulative impacts for the whole hill area under development.

We call for violators to be prosecuted to the full extent of the law, including jail sentences and to be blacklisted for future projects.

Did he even turn up for the meeting? What were his response to your views and inputs?

What Penang wants now is – settle the crazy traffic issue !

The Penang Forum made noise about public transportation last time but they achieved nothing. Now they are making noise on properties. They have to be constructive and not just complain.

Do you know Rapid Penang buses, which replaced the cowboy ‘mini buses’, was the direct result of NGOs campaigning under the banner of Citizens for Public Transport or Cepat. (Penang Forum was not yet formed then.)

I think we should not blame diwa as many people are confused by the antics of too many politically-motivated NGOs in Malaysia. Penang Forum somehow gets little mention on mainstream media. It is good that Anil highlighted the constructive role of Cepat in realizing Rapid Penang.