Trees have been removed in the area so that a sales gallery can be constructed.

According to the Malaysian Insight, Kuala Lumpur City Hall approved the development of a 29-storey block of 350 ‘affordable’ homes, and eight blocks (42-54 storeys) of 1,766 high-end apartments on a 4.86ha plot of land in Taman Rimba Kiara. What is shocking is that the area has reportedly been designated as a public open space under the Kuala Lumpur City Plan 2020.

Save Taman Rimba Kiara working group coordinator Leon Koay was disappointed that clearing work has begun despite an ongoing court case. “We can see that we have lost some trees. It looks like the destruction has begun,” he was quoted as saying.

“We spoke to the onsite supervisor. They uprooted trees in the upper section, behind the guardhouse, and transplanted them to the lower section. But, not all the trees were relocated. Some are gone.”

The survival of Taman Rimba Kiara should be turned into a major election issue. It’s not just this green space we stand to lose. We need to stop put a stop to our vanishing public spaces including our green lungs.

Remember, the total fertility rate for Malaysia has fallen below the population replacement level of 2.1 children per couple, so we are not facing a population squeeze that warrants losing our open green spaces. 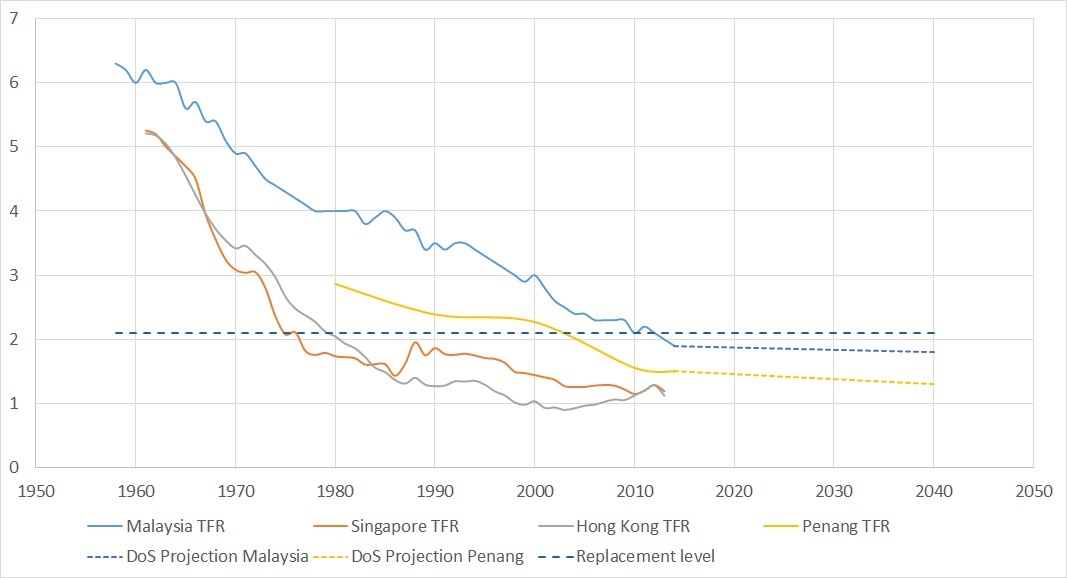 New York Times: A Malaysian Insta-City (Forest City) Becomes a Flash Point for Chinese Colonialism and Capital Flight https://mobile.nytimes.com/2018/03/13/magazine/a-malaysian-insta-city-becomes-a-flash-point-for-chinese-colonialism-and-capital-flight.html Forest City raked in more than $3 billion in 2016 alone, according to the company. Much of this money was Chinese flight capital, but Country Garden has tried to make buying into Forest City seem almost patriotic. One Olympic-themed show unit features the gold-medal shooters Du Li and Pang Wei, who have invested here, too. (A sign proclaims in Chinese: “Welcome home, Olympic champions!”) Throughout the sales tour, potential buyers are reminded that Forest City sits in a strategic geographical position… Read more »

Forest City is built for PRC buyers, with Msia as 2nd Home as incentives, a way to bring money out of China. Nobody complain, except Mahathir, since a very influential person in Johor is involved.

Lucky pg, kl under dummo has more botak, hot weather, flood. But why calvib and it shiess are like silencer? KL has smart tunnel, retention pond witb huge pumps and sg. channelised with s… piles. Of course, dummo spend millions on river of life on this projects

tunglang can take this course to qualify as Belum Ranger.

Wait a minute. zoro > shriek > Zori!
Maybe Anil knows the IP addresses of the 3 above to prove I am wrong.

It’s all about money, simple as that. Politicians can claim cleaner + greener bla-bla-belah! But as soon as they tango just one step with developers, all that C + G Commandment is throw into the rubbish bin. Yes, rubbish to a new tango manifesto strictly for greedy developers. The only way to curb this ill-manifesto is public protest, green warrior confrontation & a legal team. (Protest) to the end. The Orang Asli can do it, why can’t we who are armed with smart phones, facebook & WeChat & some who are more outdoor survivalists…. I would like to relate one… Read more »

Ah pek, you have camp fire every night and use firewood for cooking? Without electricity, ah pek will not be here writing jungle book. Go and play with babu