The calm and tranquility of two popular parks in Penang will be destroyed if plans proceed for an elevated six-lane Pan Island Link Highway that will slice through these green lungs.

and the Youth Park:

Perhaps we can learn from the Edinburgh experience. In 1963, a plan was mooted for a six-lane ring road highway that included a flyover over the popular Meadows park in Edinburgh. But this plan was finally defeated.

Here is what one blog GCat’s World of Stuff had to say of the 1960s plan for the Edinburgh ring road highway:

The road plans fascinated and horrified me, a bit like a horror film that you somehow can’t bring yourself to stop watching. The audacity of them seems incredible now, although it was probably par for the course back in the 60s. Basically, as far as I can piece together from what I’ve read, the plan was to have an inner ring road (possibly a full three-lane motorway but definitely at least a dual carriageway) encircling the city centre, running through Haymarket, Tollcross, the Meadows, St Leonards, Waverley, Leith Street, Inverleith, Craigleith, and back round to Haymarket again. When I say “running through”, I really do mean right through. Many of these places would have been either destroyed or at least blighted forever under the plans. In a few places (such as under Donaldson’s School) the road was to be in tunnels, but these were the exception…

The Meadows. A lovely green space in the heart of the city, with imposing old tenement blocks on the south side and views of Arthur’s Seat. Always busy with pedestrians and cyclists, especially in the summer. Melville Drive, the road through the park, would have been turned into a motorway if the plans had gone ahead…

READ MORE:  Why the SRS Penang transport proposal should be reviewed

So there you go. People may somewhat justifiably bitch and moan about the disruption caused by the tram line construction, but the ring road plan was on another level entirely. It’s easy to complain about the traffic congestion as well, but it’s far from certain that the planned motorways would have helped much in the long term.

Par for the course in the 1960s? We are planning something like that in the 21st Century and living that horror film in Penang right now. That shows how backward our mindset is – half a century out of step.

Come and make your voices heard at the town hall meeting with the Department of the Environment on the environmental impact of the Pan Island Link highway on Thursday, 20 September at Spice from 8pm to 10.30pm. 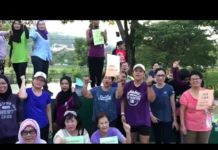 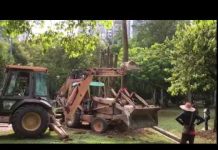 Clearing work begins … Save Taman Rimba Kiara before it is too late!

This Ranjit a hot sensation now in social media dissecting PKR like you never know before.
Take a break from Penang Transport Plan and Anil can interview Ranjit ?

Singapore Bukit Timah highway run north south cut through the nature reserves but still the forest reserves can still be maintained without harming the wildlife. Just need to see how Singapore can do it. Learn from them.

Tunnel under the parks and beautiful suburbs, trees and greenery that everyone can enjoy for free. If PH cannot give us this freedom, let’s start a green party for Penang that can in GE15.
Underground tunnels and artificial lakes can also help flood mitigation efforts. With realignment of PIL 1, we don’t need to endanger our hills.
We can encourage employers to allow different employees to finish work at different times, 2, 3, 4, 5 or 6 pm on different days to ease traffic congestion during the evening rush hour.

YB Sim still no plan to revive the Bayan Baru library despite many pleas from its senior citizens?

Remember the residents who voted for you.

Tunnels come chip chip and the ventilation stns to locate your residence?

Green party members must not have personal cars, use air cond to work or sleep otherwise bgreen

Anil should seek his “Penang Source” to unravel more about Jho Low’s family dirty deeds … so as to capture more readers interest about this blog to sustain the flow of Justice.
Keep it up. Have a kopi o to stay alert always

That #69 bungalow at Bath Feringgi where felonious fatso low family lives should be auctioned off to pay the 1MDB debt.

Seize the property first, then proceed with the grand theft case of this suspect in absentia. After which auction off to Cheers of Kopi-O kau kau!

Any ex-Chung Ling students who know about JL? School antics are sometimes carried on in adult life. Parents with criminal intents & deeds also ‘mentor’ their children to follow their footsteps.

Designated vacant land for recreational purpose for every housing development are mostly left unattended. Not many residents can afford to upkeep the park ad they predict pay monthly fees and MPPP can only cut the long grasses and weeds only.

How about erecting a new library with free wifi access on those vacant plots in Bayan Baru? Await respond from my YB Sim.

My hunch is : YB Sim may have forgotten how he got the votes from Bayan Baru senior citizens. So, how can he remember the promised digital library or did he promised one during GE14 saliva-washed-ceramahs?
Take a good look at the Penang Digital Library in front of Penang Free School which opens 24 hrs daily, could you Yang Bernyanyuk Sim?

Not sure how many of those playcard protest fellows ever take public transportation, more likely private car owners contributing to traffic problems.