The film The Hills and The Sea drew a full house at the Majestic Theatre in George Town this evening.

The 16-minute film, produced by independent film-maker Andrew Ng, focuses on the impact of land reclamation among the fishing communities and how hill-cutting was affecting the langur.

This is my short on-the-spot report:

The crowd was rather diverse – young people of all ethnic backgrounds, environmentalists, representatives of the fishing community and other concerned Penangites. 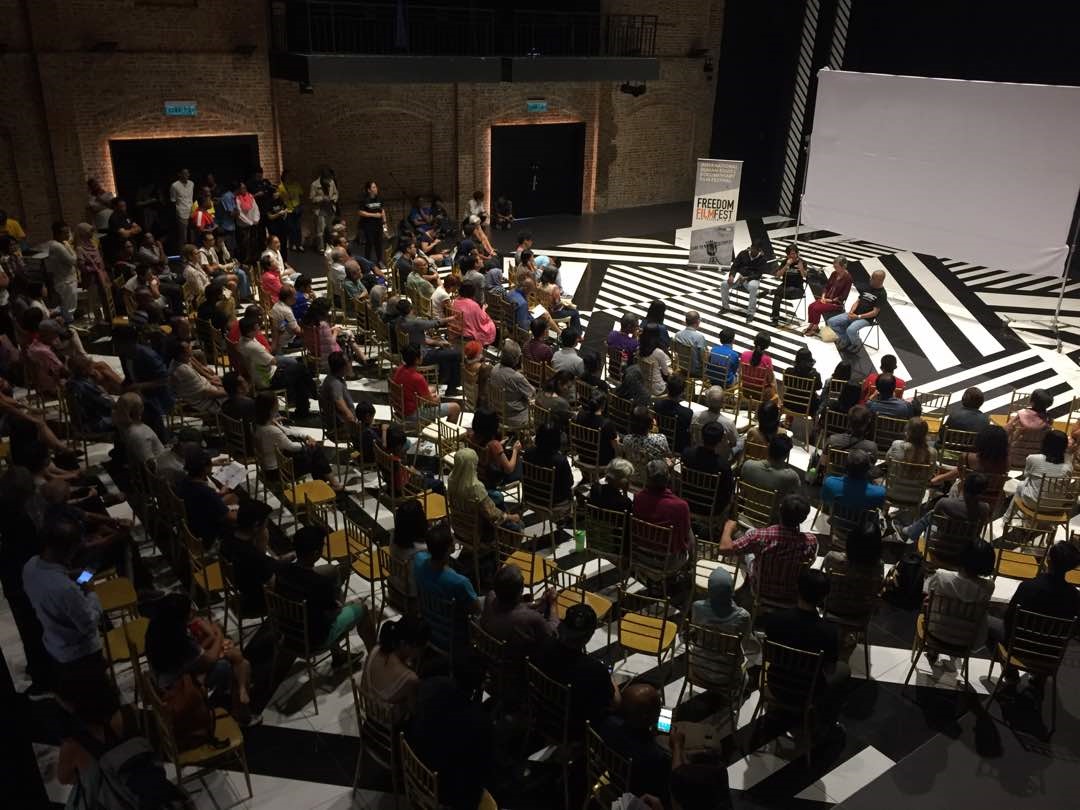 The interest generated suggests that Penangites have become more concerned about the environment in the wake of hill-cutting, the recent floods in Penang and climate change.

One of the most important issues raised during the discussion was whether consultants preparing environmental impact assessment reports were really independent considering that they were paid by developers. This is something that must be resolved if people are to have faith in the EIA process.

Meanwhile, keep an eye on Andrew’s work. He is starting to make waves with his films on the pressing issues of the day. Already, several in the audience have requested him to produce a follow-up film about the recent floods in Penang.

A good local movie to watch is ‘The Kid From The Big Apple 2: Before We Forget’

A delicate story about dementia by pressing on hope. We see a family preparing for a life with dementia instead of dwelling on the sadness that is to come. It’s never too late to make amends or new memories together.

See this movie sure cry one because very touching.

The Kid From The Big Apple 2: Before We Forget is nominated in the Best Film category at the 9th Macau International Movie Festival.

Would the film be released to the public later? For those who missed the chance to attend.

I believe there could be a few private screenings and after some time, it might be put online.

Fmt reports ecrl going to affect huge tract of Virgin land and thousands of jungle is going to be affected by construction work and later who is going to teach those animals to cross railway tracks and read the stop look go? Pg forum is the expert and should the the lead

Penang Forum should organise the screening of “An Inconvenient Sequel: Truth to Power”.

The 2017 film follows the efforts made to tackle climate change and Al Gore’s attempts to persuade governmental leaders to invest in renewable energy, culminating in the signing of the Paris Climate Agreement in 2016.

A Johor politician told the state assembly yesterday that the Johor government had told the developer of the Forest City project to source for its own water supply. Tengku Putra Haron Aminurrashid Tengku Hamid Jumat, an assemblyman for the ruling Barisan Nasional coalition, was quoted by Bernama news agency as saying that if Forest City does not get its own supply from desalination or by other means, it could spark a water crisis in Johor. He added that Johor’s 3.6 million residents should not suffer at the expense of the developer’s profit-oriented motive which could spark a water crisis. This… Read more »