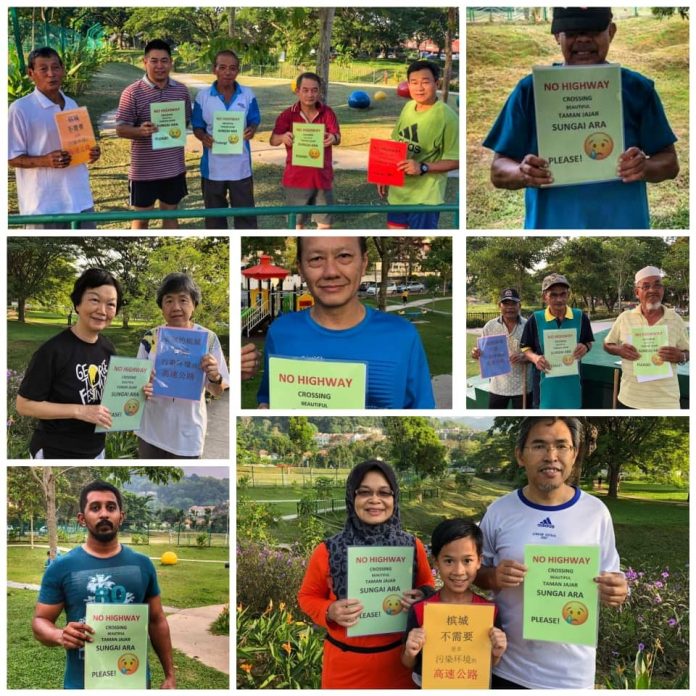 Roger Teoh, a PhD postgraduate studying at the Centre for Transport Studies, Imperial College London, has come up with an immediate rebuttal of the Penang state government’s latest attempt to defend the RM9bn mega highway project proposed by a major contractor and two Penang-based developers.

In the latest press statement/reply from the Penang Chief Minister, YAB Chow Kon Yeow shot himself in the foot by publishing additional air quality data measured in the vicinity of University Sains Malaysia (USM), where the background concentrations for Nitrogen dioxide (NO2) ranged between 18 to 25 µg/m3 with an annual average of 19.6 µg/m3 (See figure 1 below). This further reinforces and reconfirms my suspicion that the Air Quality Measurements reported in Table 6.1.16 of the DEIA which showed 10 out of 12 air quality monitoring stations with excellent air quality of background NO2 concentration of <1 µg/m3 were unrealistic and must be thoroughly questioned. 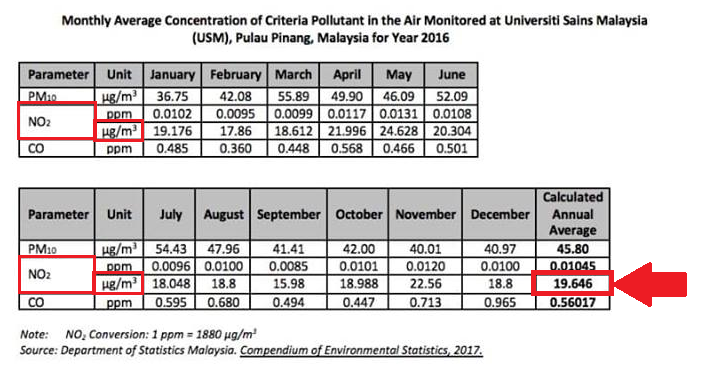 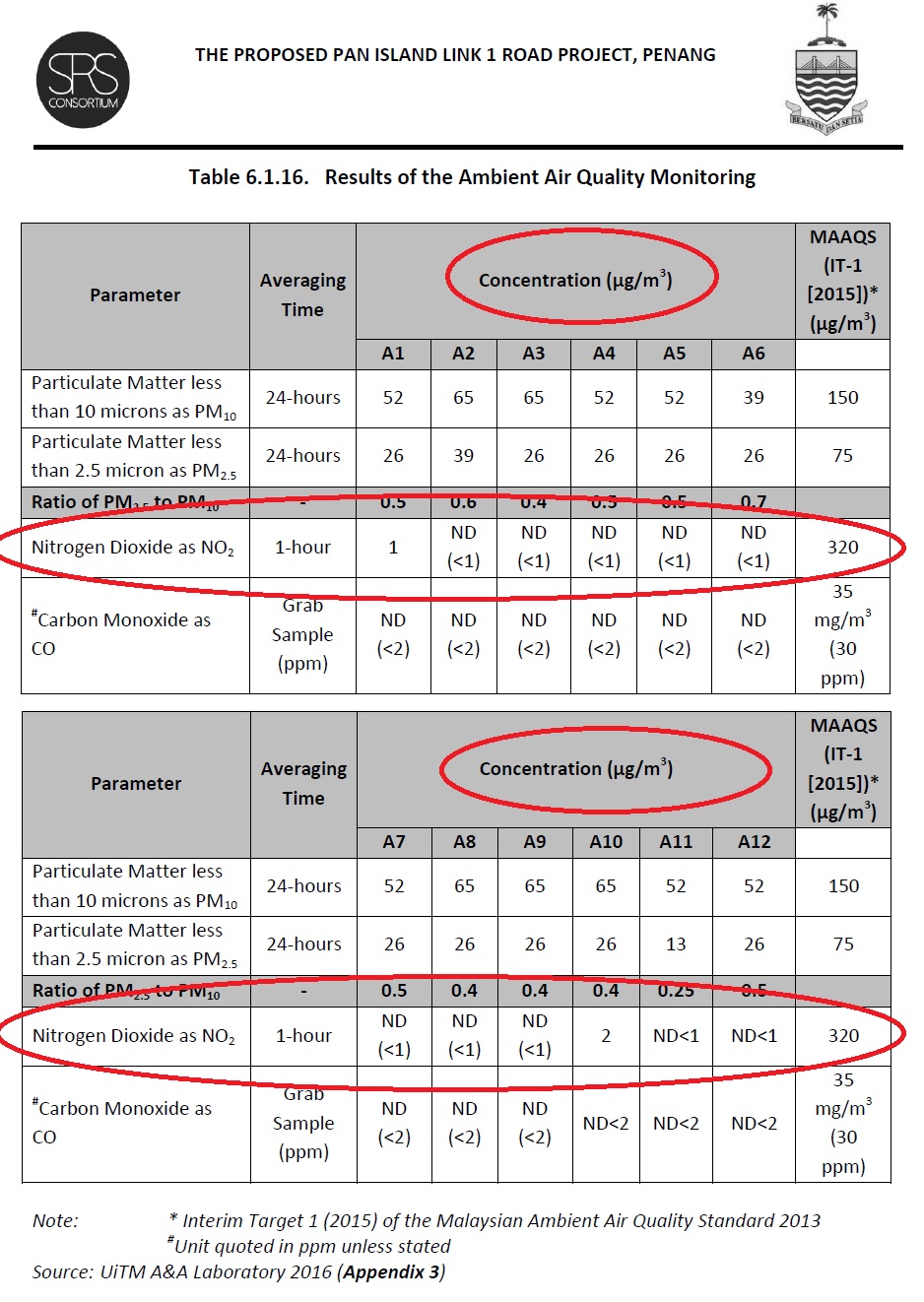 [Point 5 of the extract from CM’s Press Release] “The modelled value i.e. 40 µg/m3 cannot be directly compared to the project site as the climate conditions differ between Malaysia and United Kingdom where there is no winter conditions. The modelled value usually represents this period due to low dispersion characteristics”

In my earlier article, due to the initial lack of air quality data in Penang, a comparative case study of London was selected to illustrate that an NO2 background concentration of < 1 µg/m3 as claimed in the DEIA were invalid and cannot be trusted. London recorded background NO2 concentrations of between 15 µg/m3 (outer London) and 40 µg/m3 (Central London). The latest Penang air quality data released by the Chief Minister (annual average NO2 concentration of 19.6 µg/m3) clearly showed that it is within data range of London, AND NOT < 1 µg/m3 as claimed in the DEIA report.

It is also worth reminding the reader that the Malaysian Ambient Air Quality Standard (MAAQS) is expected to get more stringent over time. Therefore, the expected tightening of air quality regulations in Malaysia must also be considered if the PTMP is really a “long term solution” as claimed by SRS Consortium. We cannot assume that background NO2 and PM levels near the proposed highway will continue to comply with future Malaysian Air Quality Standards. The latest press release by the chief minister fails to adequately address this concern.

Given the latest press statement from the CM, I urge the Penang State Government to engage in more productive and rational debates backed by data, and not to suppress productive debates by labelling NGOs as ‘spreading fake news’. Such moves will not clear the air. Instead, the Penang State Government should take this exercise for public review of the DEIA to get the consultants to provide data for constructive discourse and live up to its Competency, Accountability and Transparency (CAT) slogan. There is no need to engage in rhetoric.

Air quality worsens on island, time to move to mainland?

The better option is to start addressing the causes of worsening air quality especially those caused by human.

Too many cars on the road.
Horrific to note the traffic congestion even at the heritage zone.
Most cars have only one driver each with no passenger, why no car pooling effort?

Not necessary. F1 enthusiasts do not mind the smell of carbon along with the high decibel engine roar when you step on the accelerator.

How about protesting in big group at Komtar after Sunday service?

No need for aerospace science. Layman like me just ask where NO2 comes from. Factories? Gases from man and cows? From vehicles? If from vehicles, why pg lang still use cars?

The amount of carbon dioxide in the atmosphere just hit its highest level (411 parts per million) in 800,000 years, and scientists predict deadly consequences.

Instigators of racial and religious hate could face a jail sentence of up to seven years or a fine of RM100,000 under three new Bills which will be tabled in Parliament soon, said Datuk Dr Mujahid Yusof Rawa, the Minister in the PM’s Department.

All three laws (the Anti-Discrimination Act, the National Harmony and Reconciliation Commission Act and the Religious and Racial Hatred Act) are aimed at curbing racial and religious hate in the country.

Good, see what religious hatred Zakir Naik has to proliferate as a PR (undeserving).

As PR is he a threat to rakyat and obey Malaysian laws?