Much controversy in recent days over that RM1 trillion federal government debt figure.

Let’s look at it a bit more closely:

(These are figures rounded up to the nearest billion. There are a few other firms with less than RM1bn debt. All figures extracted from the latest edition of The Edge.)

Now, the government will only need to fork out funds if these debts cannot be paid. After all, that is what a guarantee is. And that is why, in financial statements, contingent liabilities are not included in a firm’s balance sheet. Instead, they are shown as just notes to the financial statements – something for analysts to bear in mind, in case things go wrong.

So, have all these debts guaranteed by the federal government really gone bad? In particular:

If it is true that the federal government has to service some of this RM199bn debt, does it mean that the entire RM199bn should be deemed bad? Or just a portion of it, until such time as these entities are able to continue repaying the remainder of their debt – in which case, should only some of this debt be included in the overall figure?

That is why all these debts need deeper analysis, one by one, to establish our real total debt figure.

Perhaps this is a good lesson for the new federal government not to indulge in fancy public-private partnerships, swap deals and creative financial arrangements, which could end up overstating, understating or masking the real debt figure. Stick to the basics and don’t get too clever. We saw what that did to the Najib administration, which of course had a lot of stuff to hide.

It is also good that the government is reviewing and scrapping certain mega projects that we can ill-afford at this time such as the RM40bn MRT3 project and the KL-Singapore high-speed train project. (Perhaps it is time to look at how we can upgrade the existing double-tracking line from Padang Besar to Gemas and extend it to JB, pronto.)

So it is also time to review SRS Consortium’s controversial RM46bn shopping list of expensive transport proposals for Penang (including the tunnel project that was quietly slipped into the Penang transport masterplan). More on this soon.

Such a review of exorbitant mega projects is all the more critical given fears of a brewing contagion in emerging markets.

A friend who is visiting Singapore told me economists there are complaining they are unable to have a logical discussion with their Malaysian counterparts as “their heads are still in the clouds”. 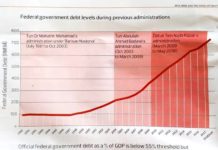 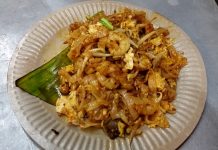 Economic outlook: Who is right – Rahman Dahlan or Mydin boss?

Nationhood for the “new Malaysia” begins by boosting the economy for all races, according to DAP strategist Liew Chin Tong. He said the “old Malaysia” concept divided the nation based on fear and suspicion and urged Malaysians to cast aside fears and insecurities so as to foster better interracial understanding. “We are too familiar with ethnic identities. But in real life and in nationhood, we both need work, food, education for children, good transportation, clean water, and so on. This is not a matter of race because we as Malaysians, equally need it. “We need to remember that there is… Read more »

Trillions of joy to many Malaysians with YB Govind Singh’s announcement of free live World Cup football telecast over RTM, and to revamp Telco mindset by offering Twice tge speed internet at half the cost.

Yes, but have a look at this as well. The real reforms RTM needs:

RTM current affairs host Syed Munawar has not appeared at night time program ever since after 509. Probably he and others being reprogrammed to be more neutral and objective in presentations?

They are likely purged along with BN propaganda programs like Landskap. Need to have more open discussion government and opposition together to discuss current issues for more balanced reporting.

Yes, not everyone can afford Astro sports package. Those who want HD live broadcast csn psy Astro. Others like me are thsnkful to Gobind Singh, no need to watch football at Mamak stalks.

The salaries of all the chairmen of statutory bodies and government-linked firms will be reviewed following revelation that the head of the Malaysian Aviation Commission (Mavcom) earned some RM85,000 a month.

Has anyone investigate or wonder how come the figures for the big projects – ECRL, MRT, HSR are all super-inflated?
Or are these big projects potential ways to channel (some more) kickbacks of big money to private bank accounts?
So much for corruptions via big projects (esp. direct tenders).

Surely inflated to fund BN parties, now Umno can no linger pay the usual RM10K to each branch.

http://www.freemalaysiatoday.com/category/opinion/2018/05/24/how-we-can-streamline-the-new-government/ The staggering scope of Najib’s PMO that cost so much (RM35 billion in last budget?). Departments under it apart from “PMO” itself, PSC, PSD, “Cabinet, Constitution & Inter-Govt. Relations” (BKPP), Parliament, EC, Judicial Appointments (SPK) and Fed. Court Registrar: – 5 for ceremonial affairs – 15 for planning, project mgmt., performance – 7 for anti-corruption, AGC – 4 for intelligence – 6 for cyber/”marine”/civil defence, disaster mgmt. – 8 for training, propaganda – 11 for Islamic affairs – 5 for aid to specific communities – 12 for aid to specific regions or for their admin. – 15 for specific… Read more »

1. Guarantee for an unproductive project is the same as a debt.
2. The debt should also include (or account for) GLC and state debts.
3. I hope the lease payments mentioned are the total due.
4. There is little excuse not to collect dues from citizens for years and decades, except
politics and corruption.
5. I hope someone gets around to explaing the mysterious public-private partnerships (PPP).

Yes, besides going after 1MDB and Najib, the present government should also get its head out of the clouds asap and get down to dealing with some hard issues on the ground which affect the country and the citizens, including at the local level.

The simple answer is that a big portion of the 199bn is completely govt debt. NOT CONTINGENT at all – 1MDB, SRC, Danainfra, plus a lot of the “lease payment” simply are just govt debt. So the bottom line is the debt ceiling, strictly speaking has been breached way above. Its not 1trillion but its not below 55% of GDP either.

But the real problem really the big projects – ECRL, MRT, HSR would have added it up to 1trillion and 80% of GDP because they are all money losers.