Along with Nazri’s straight talking to Utusan comes another pleasant surprise: Khairy Jamaluddin has called on the government to implement a minimum wage. 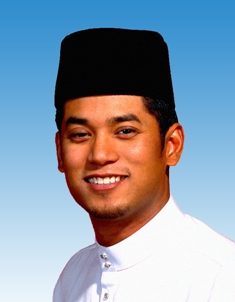 In an opinion piece in The Edge (20 September), the Umno Youth leader said a minimum wage has become a moral obligation that the government must fulfil immediately.

Khairy rightly pointed out that a third of the workers in the country earn less than RM700 a month – which is below the poverty line. And the average annual increase in wages was only 2.6 per cent over the last decade – below the global average of 3.2 per cent.

He pointed out the starting pay in some industrial estates in Selangor is as low as RM450; in Kedah and Johor, workers in some large firms may earn only RM380 while applicants with technical certs could start with just RM540. At this rate, how are we going to become a high-income nation as envisaged under the New Economic Model, he wondered.

Khairy even said the RM900 proposed by the MTUC may not be enough especially if the worker is the sole breadwinner in a family with multiple children and living in an urban area.  “If we want to continue to be a sweatshop, by all means resist a minimum wage. But if we strive for higher value in our economy and higher incomes for workers, we need to be bold enough to institute structural changes and attract the right kind of investments.”

He said the minimum wage was one of the recommendations of the recent BN Youth Lab report submitted to the PM on issues that mattered to young people. “For hundreds and thousands of workers in Malaysia, the market and its attendant dogma have failed them.”

Yes, it’s about time we introduced a minimum wage. Even the Federation of Malaysian Manufacturers (FMM) has come around to accepting the idea of a minimum wage, but they want it set as RM700, as reported in The Star. Huh? Below the poverty line? Typical.

Actually, as Khairy and others have pointed out, even RM900 is too low. In fact, the RM900 figure is actually a dozen years out of date. The figure RM900 was mentioned when the Malaysian Trades Union Congress (MTUC) proposed a minimum wage to Mahathir during a meeting in the late 1990s. To the unionists’ surprise, Mahathir even suggested that RM900 was not enough and suggested RM1,200. Veteran unionist K George, writing for Aliran Monthly, explains:

The sum of RM 900 as minimum wage was proposed in August 1998 when Mahathir met the MTUC leaders at the meeting called for by him.  At that meeting, Mahathir surprisingly maintained that RM900 was not enough for an average family of five persons to survive for a month.  Instead, he proposed that the minimum wage should be RM1,200. His excuse for not implementing his proposal of RM1,200 immediately was the financial crisis at that time in Malaysia.  But when the economy started to improve gradually, Mahathir left the scene in October 2003 without resolving the minimum wage issue.

In the meantime, a few months after the August 1998 meeting with Mahathir, the then president of the MTUC, Zainal Rampak was offered a  senatorship…

I asked the MTUC as to why they stuck to RM900 and did not take up the suggestion of Mahathir which was RM1,200.  The answer was straightforward and convincing: “It is the first claim submitted to the government after Abdullah became the Prime Minister.”

I understand from reliable sources that the majority of employers do not want a Minimum Wage Act enacted not because the proposed RM900 is too high a wage.  Then, what could be the reason?

Well, all private sector employees are entitled under the law to EPF contributions from their employers at the rate of 12 per cent of their basic salary  while the employees themselves contribute another  11 per cent of their basic salary. Both contributions must be sent to the Employment Provident Fund office monthly. This is a form of retirement benefit fund to enable workers to retire with reasonable savings to carry on with their life with peace of mind.  For example if your basic salary is RM1,000 a month, the employer must contribute 12 per cent, which is RM 120, and the workers should contribute 11 per cent, which is RM110, from their salary, making a total of RM 230 savings a month (plus interest)….

… Some unscrupulous employers will cheat the workers by preparing a pay slip stating that the basic salary is RM300 for example and the remaining amount of RM700 will be listed as allowances for overtime, transport and for working on weekends and public holidays etc. Thus the EPF contribution by the employer is based on RM300 rather than on the actual pay of RM1,000.  As a result, the employers’ contribution is drastically reduced to RM36 instead of RM120 and the workers contribution is reduced to RM33 instead of RM110.  In other words, the workers lose out RM84 per month in the savings account for their old age.  Of course, the employees concerned could report this matter but they would not because they would be afraid of losing their jobs as a consequence of their action. If there was a minimum basic wage, the employer cannot play with the figures but will be forced to  calculate not only the EPF contribution but also any payment for overtime and for working on weekends and public holidays based on actual salary.

Finally, a minimum wage law is usually applicable nationwide, not based on industries or on the cost of living in certain states or regions.  Such problems could be taken care of by introducing special allowances and/or other facilities on a temporary basis.

People who are too powerful or wealthy or too well networked will cause conflict of interest and control YOU the VOTER, not you control them to ensure more liberal laws or lower taxes or TRANSPARENCY. So NEVER vote the rich, powerful or well networked, or those intent on reserving seats for relatives. They will destroy YOU the ORDINARY Voter.

Such people must never be voted for if the citizens are to be free from NEPOTISM, CORRUPTION, OPPRESSIVE LAWS, FORCED MILITARY CONSCRIPTIONS, TOLL CONCESSIONAIRES, VEHICULAR APs and APARTHEID.

If KJ is willing to relinquish all his (questionable) wealth and directorship posts that create conflict of interest with him being in politics, and expose how he got all that … money, PKR should offer him a post of some sort, but not the PMship in any case, because since his (father-in-law) was PM, he cannot be PM, and NEPOTISM is still wrong with KJ already being an MP creating conflict of interest – AGAIN! How about it KJ, material wealth for conscience and soul? It could set a precedent for a cleansing of the Malay psyche as your followers… Read more »

Hon. Mr KJ, Sir, I am so glad that once in a while a politician dare utter the phrase ‘moral obligation’. So while on this issue, please now make another statement that to NOT BE CORRUPTED is also a moral obligation.

Interesting what KJ and Nazri have been saying lately. But it is more likely they amount to all in the day’s work in politics. Nazri’s cricticism of Utusan is rich in a perverted way. To see his criticism as a breath of fresh air distracts us from what is really the problem: the MSM are still beholden to component parties of BN while hypocritically selling themselves as dispensing facts or truth. Nazri is not championing an inclusive Malaysia. He is just reminding Utusan that his boss (PM Najib)is the boss now. So stay with the program! KJ appears interested in… Read more »

KJ is in the wrong party. We offer an open invitation to KJ to join Pakatan Rakyat. A team comprising the likes of Anwar,Nurul Izzah,KJ in PKR, and the top teams of DAP and PAS will make PR unbeatable in the coming elections.

Decades of BN’s policy of importing cheap labour from the 3rd world has resulted in ‘stagnant wage’ for the low level jobs.

Why would an employer pay a local a decent wage when these ‘pendatang’ are willing to settle for a very low pay? They do not have to pay for housing since they stay in makeshift houses.

Min wage may not be suitable for country like MALAYSIA. People will take advantage and just do nothing on it as its a law that they have to be paid such. But, RM900 is way too low for a working person to survive.Paying according to the qualification (not “kulification”) skills set and capability should be the way forward.

The real ‘problem’ is not people taking advantage but firms taking advantage. If people want to be lazy, they can be lazy regardless whether their pay is RM5000 or RM900. But with a minimum wage of lets say RM1200, firms could possibly hire less people, they could sack people to save money. For them, it is their bottom line that matters. What their board of directors think, not what their employees think. In essence creating unemployment for those the very minimum wage seeks to protect. At least thats the theory. That is why minimum wage levels(in any country) has always… Read more »

I agreed. Min wages is the easiest marker to used to erase poverty, US today is also facing the same problem But unlike US the ratio of Civil servant against citizens are a marked difference compared to Malaysia. Q: Where and Who is funding their wages? Q: What’s the used of too many Civil servants doing repetitive jobs, worst still working for individuals? Q: What other jobs opportunities Government can provide for the rest of civil servant to pursue? Anyway, talk lah easy, right? Giving money is the easiest if there’s enough. Just not sure if its viable in the… Read more »

Both Khairy & Nazri are coming out of age finally and it’s good to see them use brains for the good of the nation instead of joining those lawless ketuanan warlords circus whose wild partying has to end soon.Yes,if an employer can’t afford to pay RM1k minimal to thier staff pls.close shop or think of a smaller size biz.I see so many tycoons/biz owners (both malay & non-malay) driving sleekest cars in town but kedekut like mad in salaries especially to the lower rank staff-these poor staff have got kids to feed mind you.As an employer I feel sad whenever… Read more »

The … “Fat Cats” are finally feeling ashamed and embarrassed, to see the wide gap between the ‘haves’ and the ‘have not’…is’nt this was the doing of a tainted and immoral ruling govt?
Forget the average global average of wage increment, should the wages of the nation run correspondingly with the inflation in the nation? It didi’nt happen for umpteen years in Bolehland…what rotten scumbags we have in the Administration! KJ, you are 30 years too late…it is better late than never I suppose!

I always ask the similar question of how a person with RM 600 basic salary support his/her family. Let’s say if we raise the min salary to RM 1200. What is the consequence? Will it cause inflation? Will it force MNC to move else where? Will it make local companies to be less competitive and closing down? Would all these increase the unemployment rate? Let’s look at Penang as an example. There are a lot of MNCs and quite a lot of local companies survive serving these MNCs. It might make labour intensive MNC to move to China/Vietnam/India and causing… Read more »

No, we should not learn from US, eg went to war, attempted to burn Quran, sky high government debt, etc.

I guess you will change your tune when a US$100 bill is dangling in front of you.