BARANG NAIK! The price of RON95 petrol will be hiked by 20 sen from midnight today as the government tries to narrow its fiscal deficit – but this will only add to the burden for Malaysians faced with poor public transport options. 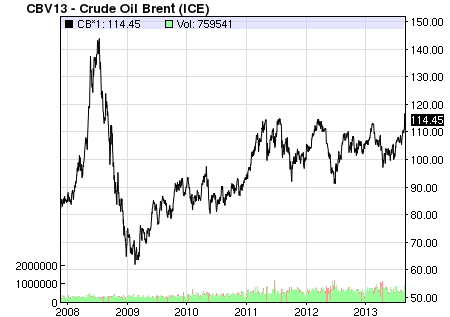 The could save the government RM1.1bn this year and RM3.3bn next year, but it is also expected to announce higher BR1M cash payouts at this year’s budget.

In principle, petrol price subsidies only benefit those with cars wheras the BR1M payments go to all low-income households – so this target group is really those who need the subsidy the most. But what about the money that is lost through corruption and illicit outflows? And the ripple effect that a petrol price hike will have on the prices of other essentials?

Malaysia’s middle- and working class are already squeezed by higher house prices (where are the low-cost houses?) while working class wages are suppressed by the policy of allowing cheap and more easily exploited migrant labour.

If your car gives you 7 litres per 100km, this would mean you would have to pay RM1.40 more for the same distance. It basically means your petrol expenditure will rise by 11 per cent.

If you spend RM70 a week on petrol, you will end up paying about RM30 more a month.

Expect petrol prices to get more expensive as reserves of fossil fuels are depleted and non-conventional fossil fuels become more difficult and expensive to extract.

When will we we get better public transport so that we won’t have to rely so heavily on private motor vehicles? One of Mahathir’s greatest follies was to come up with the scheme to produce a ‘national car’ while neglecting public transport such as trains and light rail systems.

Meanwhile, we appear to have made little progress in putting a lid on high-level corruption.

If UMNO is seriously for the Rakyat, then get a Good Economist as Finance Minister to review our Economic Policy to sustain another 100 years without burdening the rakyat. Now we taxpayers are all leaving not only to take care our family but also to service our lending or loans to meet a normal life. Cutting Fuel subsidy is not the answer becomes we are an … Oil producing nation. The oil is for the rakyat who pays taxes. Foreign laborer benefits even more by sending 2/3 of their wages back to their home country to educate their children and… Read more »

They need more money to distribute around at the next UMNO Baru
General Assembly.

Thanks for your votes, suckers, you must know who is in charge now!
Whine all you can Malaysians, the 2nd wave two days later ..15sen per litre increase in RON97 is total defiance, so what!

The harsh reality today is Money No Enough, no thanks to BN failed policy!

BN makes our life dependent on BR1M?
is this Wawasan 2020?
think carefully, the 49% especially.

if the poor spend RM200 on patrol monthly, now they jhave fork out RM20 more a month with the price hike of RON95. After one year, it’s RM240 more.

So if BR1M is incresead from RM500 to RM750, then it’s basically “Left Hand to Right Hand” as the poor is taken for ride.

UMNO has made the Malay to depend on crutches.
Now they want the poor to be the same so that they can forever clutch them

Crutches will not be needed if you have the desire to walk freely and independently.
Do not shout ‘Merdeka’ when you are still been ‘colonised’ by tongkat mentality.

Better to have the subsidy than letting the govenment waste away the money supposedly saved from the subsidy reduction. Until and unless the government can seriously commit itself to austerity especially on those luxurious expenditures at the tax-payer’s expense, there is very little the government can do to convince the public on the benefits of any subsidy reduction.

To tell you the truth, in principal, I think we should wean the public of subsidies gradually. I would loved to have seen more use of public transportation. But I agree the “savings” will probably go to some useless project. Similarly with GST, which in principal is an efficient tax system, but I think it will be abused.
Oh well, I guess I have to adjust my life accordingly.

The problem is BN may not necessarily channel the savings in subsidy to projects that could benefit the citizens, and more likely the money be channeled to the pockets of the cronies, as before.

My son take two LRT services to get to Tropicana near Kota Damansara. The Star takes him to Masjid Jamek and then connect to the other line to Kelana Jaya. That would take all in RM 5.50 with feeder and a bit more of `legwork’ to his office’s entrance a total of 2hrs journey. But if he drives it would cost him about RM20 return trip and less than 40 minutes. So if one balance his options, it would be better to drive as now the rainy season signalling the onset of the NE Monsoon! so it is a necessary… Read more »

Try Car pooling which will save further and make it faster.

Be careful who you pool as there are robbers and rapists preying on the opportunity!

The middle class is being destroyed by capitalism running amok. It has already been done in USA and Europe.

It is just the beginning of BUMNoBN revenge against the 57% voters who voted against them. More to come in budget 2014 in October. Be prepared for more shocks, They had spent tens of million for GE13 and its time to take it back through means of increased taxes in coming years. People will never learn that what is promised by DUMNOBN is all lies to fish for votes and they are in power will do the ultimate to fill their pockets and we the rakyaat have to suffer in our daily life to survive. Expect more crimes as jobs… Read more »

Didn’t someone warn you pre GE13 ?

soon we have to take 3, instead of current 2 of roti kosong for breakfast as it is likely to get smaller in size in response to shrinking ringgit and barang naik.

Where is the Skim Kawalan Harga on roti canai?

I think they must have a standard for all 90 sen roti kosong, in terms of minimum diameter and thickness. Otherwise the roti kosong will continue to shrink althought the price stays the same.

CAP,
What say you?

I still see many tour buses leaving their engines running for 2-3 hours while waiting for passengers from Penang Hill. These are the people who are wasting our precious resources. Penang state government should impose and enforce a rule that tour buses can only turn on their engine 10mins before passengers board the buses.

Last time Pak Lah increased fuel prices with the excuse that savings from subsidy will go to improving public transportation. Rakyat see no improvement at all and he was sent packing for full-time sleep. Najib said he would used the savings in subsidy to help the poor via BR1M in an effort to keep his 49% happy. Rakyat should know that hike in fuel price will bring about a chain reaction in Barang Naik, and it could not be off-set by any increase in BR1M. Higher transportation cost is an easy excuse for increase in other prices. What about those… Read more »

Pak Lah could sleep in peace after retiring (after) the windfall from the Limbang deal?

Patrol price hike cost Pak Lah dearly when he was forced out.
Najib doing likewise not learning from past mistakes angering the Malays ???

We had one 3 term, 4 term(?) Member of Parliament from Kinabatangan to say the petrol price increase …”will not affect the poor”! Oh God, how could this specie got elected term after term?

Such brainless statement coming from an MP who can only see as far as his nose, no wonder Malaysia is in such … state!

Does he not realise that with another .20sen increase in Ron95 and diesel, it will open floodgates for spiral increase in goods – eatables and non-eatbles, food and essentials especially!!!

This idiot has not brain in his head only …

In failed states and collapsed states :

The fuel hike, as predicted before the GE, is only the beginning of the claw back of what they gave out before the GE. I say this is only the beginning, just you watch a lot more are to come. You know why ? The people who are to balance the spending do not know how to do it to begin with, also to win the votes the real spenders behind will never ever get enough of the income. This is especially so when you have people giving away in one hand but it is now, after the GE, are… Read more »

They already have an excuse for public transport which is that its being build. UMNO/BN is the party of excuses. That is not the main problem.r The real lie is that BR1M is lessens the inflationary impact. ANY FRESHMAN ECONOMIC graduate will tell you that DIRECT PAYMENTS WORSENS INFLATIONS ESPECIALLY IN AN INFLATIONARY ENVIRONMENT.. Najib is talking like a complete INCOMPETENT when discussing this. WE KNOW THE NEW FUNDS IS GOING TO FUND HIS AND UMNO/BN POLITICAL INTEREST MORE THAN ANYTHING ELSE – only if it fits within that will the rakyat be given what is THEIRS IN THE FIRST… Read more »

Anil,do not think fuel price increase only affect car owners.
Every goods and services have certain amount of transportation cost so everybody will be affected.
You can bet even the hawkers and stalls will hike their pricing too as they will want to maintain their earning.

So GE13 free food, lucky draws, free entertainment isn’t so free anymore. Why am I not surprised?

Nothing is free in this world.

Penang folks are now paying back (via ‘instalment’ as they pump petrol each time) for the free 1Malaysia dinner they enjoyed before GE13, not forgetting the appearance fee of Psy in Han Chiang.

Do the minority who voted for Bee Anne listen? Apparently these group of people weren’t in the know They voted for the devil they knew for so long They just couldn’t change for a new… Now the petrol jumps to 11% The Bee Anne will say it will not hurt The BRIM will payout more to the people It is just peanut while the leakages go undetected The costs of goods will jump the wagon This is the reality the people will be squeezed The rich people will not feel the pinch It is the other groups who will face… Read more »

Malaysian minorities are missing out on university places despite good results, as reported by BBC:

In education, the Malay students study matriculation. This has resulted in Malay students outnumbering the non-Malay students in scoring full 4.0 in CGPA by 10 to 3. The non-Malays though score full 4.0 CGPA by sitting STPM but are not able to get to study the courses of their choice in the public universities. With the race-based policies, the Malays do not have to work hard in order to have a comfortable life.

this is a good topic that Anil and readers can pick up. there are plenty of good students deprived of local u education because of the biased policy, leading to brain drain.

As expected, after GE 13 prices will start rising one at a time. After Petrol, Electricity, Renewable Energy, GST, Water, and the list goes on except salaries. Those who had voted BN to govern us for another term should wait for their last nail.

CONGRATS TO ALL WHO VOTED BN, semua barang naik…..take the cue, this is just the start, wait for GST 4-8%, the poor will be hit the hardest. Somebody has to pay the price, I guess it is us