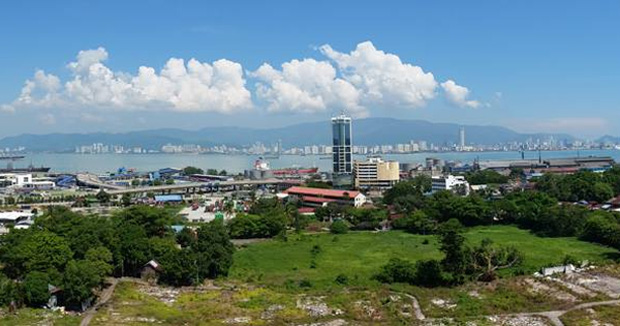 This statement has just been released by Penang Forum:

Penang Forum would like to respond to Penang Chief Minister Chow Kon Yeow’s statement that the Penang population, as projected by the project delivery partner for the RM46bn transport proposal, would be “at least 2.3 million” by 2030.

According to a Free Malaysia Today report:

Chow said the population projection by the project delivery partner of the PTMP was based on data from the Statistics Department.

Chow said by the time the PTMP projects are completed, around 2030, Penang would have “at least 2.3 million people”, as revealed by the country’s statisticians.

“NGOs sometimes pluck figures from the sky, without referring to official statistics. The PTMP population estimate was based on the number available when the projection was made, which was in 2015.

“Based on population growth data and the current population, by 2030, we will have 2.2 to 2.4 million people.

The chief minister says its forecasted population for the Penang transport proposal came from data from the Statistics Department, and its projection was made in 2015.

But last year, in 2017, the government came up with mid-year population projections for 2020, 2025, 2030, 2035 and 2040. The projections are calculated using a component of change model that incorporates information on natural increase (births and deaths) and net migration (net internal migration, net international migration).

The source website data.gov.my is a public sector open data portal that was launched during the Asean CIO summit in 2014. It is a one-stop service centre for the people to access and download open government datasets online. The website is copyright of Malaysian Administrative Modernisation and Management Planning Unit (Mampu). And as can be seen from the left column, the data comes from the Department of Statistics, the real experts in population forecasting.

From this dataset (download the spreadsheet file), we can see the projected population for Penang by 2030 would be 1.983 million (and NOT “at least 2.3 million”). Even by 2040, the projected population would be 2.113 million – well below the state government’s figure of “at least 2.3 million” in 2030. Download the dataset spreadsheet file.

So the projected population of 1.983 million by 2030 is a tiny increase from the estimated present population figure of 1.77 million in 2018.

Are the state government and project delivery partner projecting a much higher population for 2030 for the sake of legitimising their own plans? Without the projected population increase to “at least 2.3 million” by 2030, it would be difficult to justify the proposed massive land reclamation (an additional 7,700 acres as stated in the draft Penang Structure Plan 2030), the controversial RM46bn transport proposal and the idea for a new airport.

So where did the state government or the project delivery partner pluck its projected figure of “at least 2.3 million” population in 2030 from?

How Singapore is building eco-cities to help the elderly age in place https://www.star2.com/culture/2018/11/28/how-singapore-is-building-eco-cities-and-helping-the-elderly-age-in-place/#Xmst4QpgzsATjV92.99 In March 2007, Singapore started building an eco precinct called Treelodge in Punggol town, a pilot project to demonstrate that innovation and sustainable development can be both practical and cost effective, with the emphasis on green living and increasing green awareness among the community. The project was completed in December 2010 and the precinct, measuring 2.9ha in size, features seven apartment blocks with a total of 712 units. Following the success of the Treelodge, in 2012, Singapore’s Housing and Development Board (HDB) launched the HDB Greenprint programme… Read more »

Penang Forum should learn from Singapore experience to promote sustainable development in Penang!

let them split hairs over numbers that yet to happen, what is pretty darn obvious is traffic is pretty bad now..

If only 23k who signed on line orso signed to take public transport, then building more roads are less required

Chow Kon Yeow 曹觀友 Pls check where you pluck your data! Don’t be like BN, talk without checking with facts!

peng land kias working outstations or jumping planes down under will eventually return with family to roost in Penang island with cash and cpf money to afford newly-built properties to enjoy their retirement comfortably.

CNN says Cendol is from Singapore!

Exports of premium durians to China are expected to jump from from 5.8% to triple digits by end-2019 following the signing of a frozen whole fruit durians export protocol with the economic giant.

Deputy Agriculture and Agro-based Industry Minister Sim Tze Tzin said the optimism was based on the fact that more local companies have been dealing with China for the export of the fruits and were positioning themselves to target the largest durian market in the world.

Ps: so Sim has got no time and priority for Bayan Baru library?

GEORGE TOWN: The number of cruise ships which called on Penang this year dropped by 866 from last year raising concerns that Penang is losing its lustre as a destination for cruise line operators.

No big deal. These cruise passengers only stopover for a few hours and do not spend on F&B and hotel since the cruise ships have provided for them.

Business of small retailers in heritage zone selling souvenirs like key chains and T-shirts are affected by fewer cruise passengers.

Why full stop?
Full Stop* – some parents may buy a new car, new smart phone, new apartment, etc. after ONE child graduation as rewards but I don’t encourage that in the list of an already expensive support of ONE child which PM Sin Chow may not be aware of or simply don’t care to project it’s financial implication for M40 + T20 Penangite population growth.

Call Me Handsome
Reply to  tunglang

One child spoilt little emperor born with priviledges without hardship, pampered with gaming consoles after UPSR, a smartphone after form 3, a car after SPM, a condo after marriage. Are you one of them hehe…

Wonder tun lang is so active. Giving many comments, question the gomen and challenge me to duet.

hehe..me think the PTMP plan already taken into account the inevitable delay and time lost due to sabotage by green fighters , that is why they provide for higher capacity, otherwise it would be under capacity by the time it complete..

Backpackers, local and over the sea tourists included? If hotel occupancy rate is 84% how many heads?