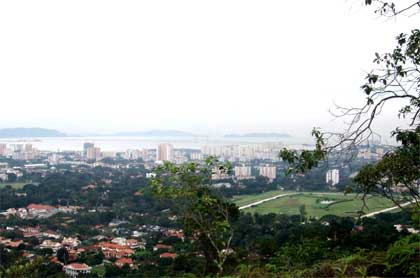 This is an actual picture of the Turf Club land and the surrounding low-rise properties. (Photo credit: PGCC Campaign Group) 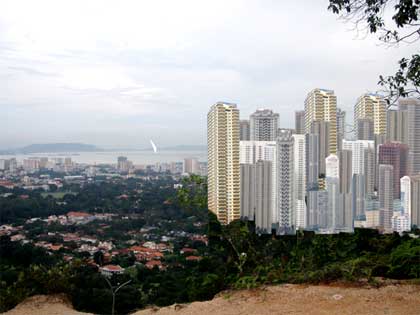 This is what it would look like with towers… gulp! The towers here are replicas of 37 existing towers from all over George Town transplanted to the Turf Club site (The wonders of image editing by the PGCC Campaign Group!) 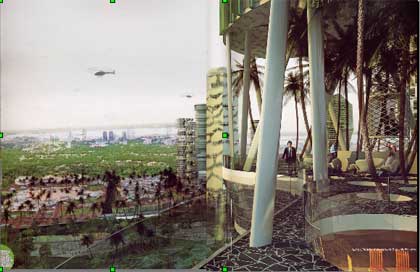 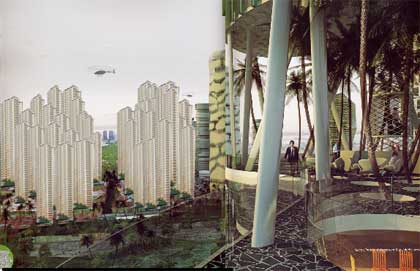 What they didn’t show you – the view with 37 towers added in (Image editing: PGCC Campaign Group)

It is not just the PGCC Campaign Group and ordinary Penangites who are critical of the Penang Global City Centre project. Now, the Umno state assembly member from Bertam, Datuk Hilmi Abdul Rashid says the project is too costly.

“If it is too expensive, no locals or companies will be able to afford any of the commercial lots. In the end, the project will fail because there will be no buyers, or no tenants if the lots are leased out at a very high rate,” he was quoted as saying in theSun (27 November 2007).

He said five years down the road, the government may have to step in to save the project and force government agencies and departments to take up lots there. (Like they did for Komtar?)

“I am not against development as we need investments to generate income but we must monitor the investments to ensure they are not at the expense of the public,” he said.

Wise words, Hilmi. Of course, there is also the need to save the green lung that is the Turf Club land and ideally turn it into a Penang state park as a legacy for future generations. Now that would be really zero carbon and sooooo eco-friendly!