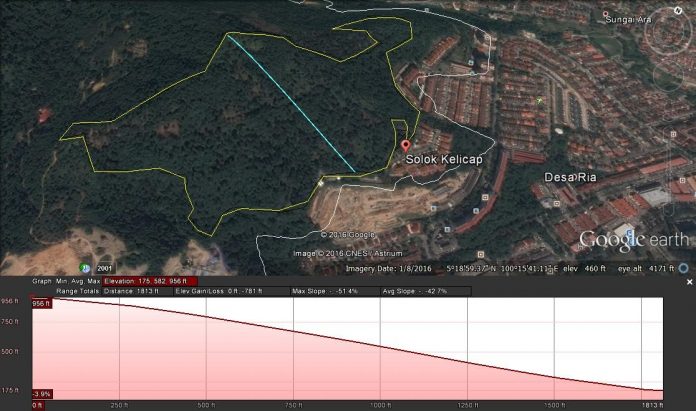 The raid on a M Mall, a shopping complex run by MBI International, yesterday hit the headlines. Officers from the police, Bank Negara, the Companies Commission and the Ministry of Domestic Trade, Co-operatives and Consumerism swooped on the mall after MBI fell under Bank Negara’s alert list.

This comment in a Star report caught my attention:

“This is not like (failed money game) JJPTR. MBI fulfilled its pro­mises. What wrong has M Mall done?” Jeffrey, a long-time MBI member, said.

He said he enjoyed spending his virtual money in M Mall, especially on dinners with his wife and children at the mall’s restaurants.

Jeffrey maintained that despite the raid, his virtual money was still intact when he checked online.

They can buy cars and properties with their points? This is news to some of us.

Residents in Sungai Ara are in a state of shock and disappointment after the High Court decided in favour of Sunway Group in judicial review sought by the developer thus overturning an Appeals Board decision in favour of the residents.

In his judgement, Justice Lim Chong Fong said the planning permission granted by the then Penang Municipal Council (MPPP) on Feb 21, 2012 in respect of Sunway City’s application to develop a gated and guarded housing scheme is confirmed and maintained.

He said the proposed development, comprising 600 landed and high-rise units with two clubhouses, was below the maximum density.

The zoning of Lot 14345 for general and low density housing was made under Pelan Dasar Perancangan dan Kawalan Pemajuan which was approved by the State Planning Committee (SPC) on July 16, 1996.

Lot 14345 is situated more than 76m above sea level and approximately 43% of the plot has a gradient exceeding 25 degrees.

Justice Lim said MPPP could process the developer’s application for the project without having to refer to the SPC as it came within Category Two of the SPC Guidelines for ‘special projects’.

I haven’t seen the details of the judgment but I think the decision will have implications for what kind of legal position the Penang Structure Plan.

Let’s see what the residents decide to do next, though they probably have financial constraints. Legal costs were awarded against them yesterday.

Osram, which is a major driver of innovation in the semiconductor opto sector, has chosen Penang
as its first global Solid State Lighting (SSL) headquarters and Research and Development Centre, a vital operative centre outside Germany for the past 45 years.

One major Malaysian story on Singapore’s Straits Times: The administration of Prime Minister Najib Razak regularly boasts of reducing poverty and increasing per capita income, and yet Malaysians complain even more often about the increasing difficulty of making ends meet. Whether it is a perception problem or not, ministers are acknowledging that this is the key concern for an election due in 15 months. The Straits Times’ Malaysia Bureau delves into this prickly issue. http://www.straitstimes.com/asia/se-asia/malaysians-worry-about-cost-of-living-amid-slowing-economy “The biggest factor is the worsening economy, which includes rising cost of living, and dwindling opportunities and employment. But as election day draws near, the… Read more »

Many Malaysians are still reeling from the GST, petrol price hike and plummeting ringgit, thus now blaming the government, our nation’s leaders and the poor management of the country’s finances as the cause of their sky-rocketing living costs.

High cost of living will be a hot issue in the coming GE.
It is a topic worth further discussion in this blog.

Thanks for the suggestion.

If BNN cannot detect Mcoin moving what makes Huan and Ooi doing a bette,r job? They are church mouse to MO1 and part of BN. u are telling ammo to use this facility better than MO1.

Huan/Ooi are basically BN agents out to discredit DAP in every way.
Gerakan and MCA want to maintain good image in the eyes of Penang Chinese. Umno is (allegedly) using Huan/Ooi to split Chinese votes to ensure Gerakan/MCA both have a chance in Penang.

Not only huan and but also tunglang and kalvin. They favour continued present gomen with millions of migrant workers, giving extensions to developers and doing nothing with abandoned projects and continued lower education standards. Kl and PJ gets free MRT without transport master plan but Penang can gets its monorail and tram ONLY they have a master plan to cover interchanges to PLUS highway. See how tunglang and kalvin are deep silent to serve their blue saga seed master.

MCoin concept is the extension of the Red Cafe concept years ago, yet people are silly not yo see the scam.

Too many private motor vehicles on the road of tiny Penang island.
No need big highway on the island if the residents being cooperative to give up cars and depend on public transports or rely on Uber/Grab or motorbikes/bicycles.
The Link Bike is good initiative which Anil has failed to alert the readers.
For a start, ban private vehicles in heritage zone from 8am-10pm. The business can load/unload stuffs during night time. Does CAT or BN etc has the political will to push for that ???

Good idea and who wants to work overnight and paid them overnight? Overnight means more cost snd consumer pays.if cars jams them blame pg forum and cat basher for causing pollution and global warning for only tram is the solution for all.in some countries bus must turn off idle engines. Of course 4wd is more equal than others

One major story in JB as reported by China Press:
http://www.chinapress.com.my/?p=973574

A 25-year old Chinese guy living in JB shuttle daily to work in a bakery in Singapore – left home on motorbike at 3.30am and back to JB in the evening, where he set up a roadside stall to ‘Man Chien Kueh’ til 10-11pm, in order to support his wife and 2 young children.

Moral of the story: work hard to earn more income instead of complaining about high price, since barang Naik Regime will continue to stay.

But others are rich. They can afford 4wds and 10 tires. They rear dogs and have time to bash CAT.But many are wheeless.they can boast of RAPID but is another slow service not fit fof CAT basher

Man works around the clock in Singapore and JB http://www.thesundaily.my/news/2017/06/01/man-works-around-clock-singapore-and-jb JOHOR Baru resident Du Cheng Fu spends around 12 hours a day in Singapore, where he works in a bread factory. That leaves him with half a day to himself and his family. His time is hugely spent in traffic and crossing the jammed Causeway during peak hours. On top of that, he is a hawker at night in Johor Baru, selling abam balik until 11pm. Du wakes up at 3.30am and rides motorcycle to the Johor Baru Sentral. At 4am, he takes a bus to work in Singapore. He… Read more »

The way financial transaction happening now, won’t be long Anil may have to switch from Public Bank account to Mcoin account or Barrel2U account to solicit contribution to keep justice flowing.

Please sell Komtar to Singaporeans. They do a better job with malls. Gurney and Queensbay so ong when Singaporean take over. Local people quite lousy in management. Komtar walk is a zombie walk because of lousy Penang management. Actually Penang tak boleh.
I support our CM let Singapore open hospital…

Komtar Level 2 has developed into ‘Little Myanmar’ since 2012, brimming with shops and cafes offering all kinds of products ranging from handicraft to services.

The area has become a meeting point for the close-knit, local Myanmar community, where they can catch up with their countrymen as well as obtain products from home.

Looks like Penang Island now famous for being the incubator for the birth of money schemes like JJPTR, MBI and many more.
No need ringgit to shop in Penang. Mcoin can get you a condo …!

Virtual currency is an easy means for money laundering? Can move your money via MCoin to Danok Resort, without detection from BNM?

To protect Penangites from Developers, perhaps should vote in Huan (PCM) and Kaffa Ooi (PFP) in the next GE to make more noise at state assembly?