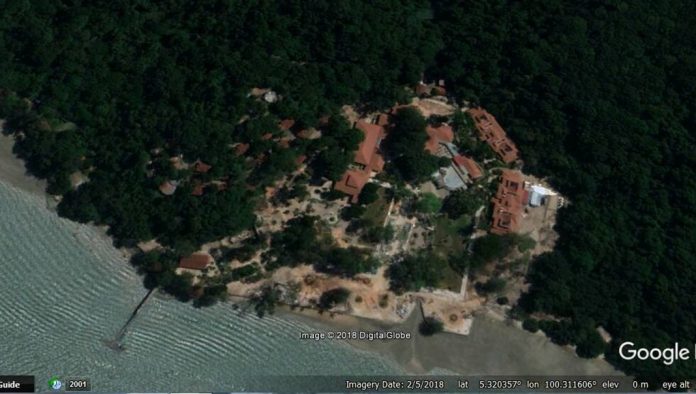 Check out the recent satellite image above. 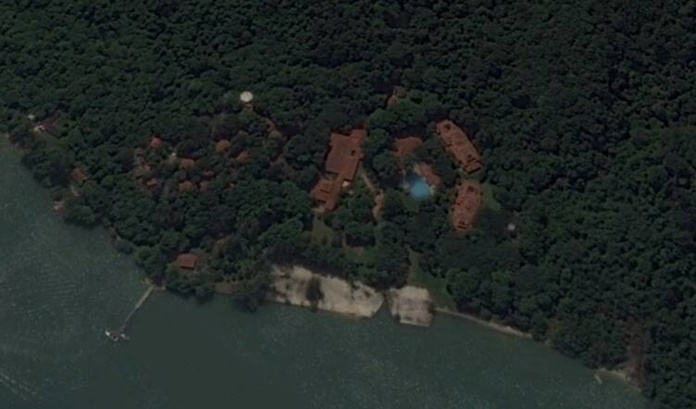 If we are not careful, we could see perhaps half a dozen highrise blocks on Pulau Jerejak (the plan is for 1,200 homes and luxury hotels) and a four-lane bridge to the island. I dread to imagine a traffic jam on Pulau Jerejak!

Our guest writer today is Teoh Seng Aun, who draws a parallel between Pulau Jerejak and Ellis Island in New York. Over to him:

Can Penang Forum prevent Pulau Jerejak from turning into a mini-‘Hong Kong’?

According to an earlier article written by Judy Cheng-Hopkins, the likelihood looks remote. Unless, Penang Forum avoids two operating principles: 1) no dissenting voices 2) no further action. (I just want say that Penang Forum has never discouraged or stifled dissenting voices. In fact, many differing and dissenting views are brought up at steering committee meetings, where no single person dominates, and at our public forums – Anil)

Her concern regarding the effectiveness of PF was raised after attending a public lecture on Pulau Jerejak: Past and Future. It didn’t help that the Q & A with a representative of a developer raised more questions than answers.

The representative couldn’t (or wouldn’t) clarify to whom his company was accountable. It is understandable that local authorities often have to share a bed with developers. The question is, who gets to hog the pillow and blanket. The local authorities must have the upper hand.

Judy sensed the palpable frustration over the extreme asymmetry in power relations between the three parties (civil society/ state government/developers). She didn’t mince her words about who has leverage over whom. It amazes me that she harbours hopes of “enlightened” developers who give priority to people rather than profit.

Penang Forum and the state government: You have to be clear about how you want Pulau Jerejak to end up – Hong Kong or Ellis Island. (Ellis Island, in Upper New York Bay, was the gateway for over 12m immigrants to the United States. It was the busiest immigrant inspection station in the US for over 60 years from 1892 until 1954, according to Wikipedia.)

Penang’s rich history deserves more respect. As concerned stakeholders you have a right to demand the kind of development that can take place on that fragile island. Can you demand that no structure be built above 15 metres in height? Or nothing built on land more than 20 feet above sea level?

Penang Forum has to make these demands and ensure that they’re fully backed up by the local authorities. If the latter practices NFA, then Penang Forum has to push for local elections. Try saving the little island first before the big one. For starters, all sides have to learn to listen to one another. Once you’ve ironed out the wrinkles, the outcome should benefit all parties. It doesn’t have to be a win/lose situation.

Your choice and actions will determine how Pulau Jerejak ends up. Hong Kong or Ellis Island*

It is for tigers, not for sheeps!

Buyers from Middle East, Indonesia, Singapore and India are snapping the properties in the controversial Forest City project, filling the void left by Chinese citizens who had dominated the multi-billion high-end property enclave.

With Chinese buyers shying away, new buyers are taking advantage in the project built on four man-made islands overlooking Singapore, with an estimated population of 700,000.

Pf, everything and everywhere cannot. But they want to live in relatively big house with greenery. Better still with backyard and have at least one car or more per household. Akin to wanting to wanting everything and not willing to give something in return. Just look at the amount if rubbish people are dumping. Where are the spaces for landfill? Built incinators, then we need more power plant and ice melt faster and more super rain like last November. Someone suggest bury the dead in jerejak. What happen when dead population increase? Jerejaka become island of the dead. Who wants… Read more »