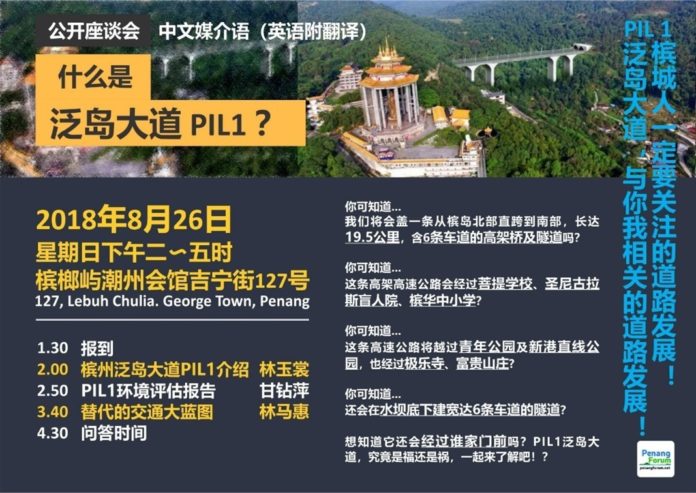 Today I feature a response by Penang Island city councillor Dr Chee Heng Leng to a letter that appeared in the press.

My fellow councillor Nicholas Theng basically made two points in his article “Penang transport improvement initiatives being discussed and implemented”.

First, he disagreed that cost is a good reason to ask for a review of the Penang transport masterplan, claiming that it is “secondary compared to the suitability of the proposed system”. I had argued that the high cost estimates of the South Reclamation Scheme (SRS) Consortium’s transport proposal, coupled with the length of time it will take to construct, make it reasonable for us to request for a review of the whole proposal so that we can seriously consider other alternatives.

SRS’ transport proposal is estimated to cost RM46bn in total, and the first phase will include, among other highways and an undersea tunnel, the RM8bn first phase of the Pan Island Link (PIL1) and one RM8.4bn LRT line (from George Town to Bayan Lepas). I had highlighted how the earlier Halcrow transport masterplan (officially adopted by the Penang state government in 2013) was only estimated to cost RM10bn for the public transport component (using modern tram systems and bus rapid transit) and only RM27bn for the whole proposal.

Theng’s second point is that I should not compare the cost estimations of Halcrow’s transport masterplan and SRS’ transport proposal because the former is a “broad-construction-cost-only” estimate and “unsubstantiated and understated in its cost” while the latter is based on “studies carried out by internationally reputable engineering consultants”.

It should be noted however that the chief minister himself has pointed out that the RM46bn for SRS’ transport proposal is also an estimate that can only be finalised after approval is given, an agreement signed (between the state government and the consortium), and “more detailed engineering designs and call for tenders for the various work packages”.

But let us address Theng’s first point. If cost is indeed “secondary compared to the suitability of the proposed system”, we need to ask how is the SRS proposal “suitable” to the transportation needs of Penang’s population? What are the methodologies used to assess the costs and benefits of different public transport systems, and what criteria did SRS use to select LRTs and monorails over trams and BRTs? 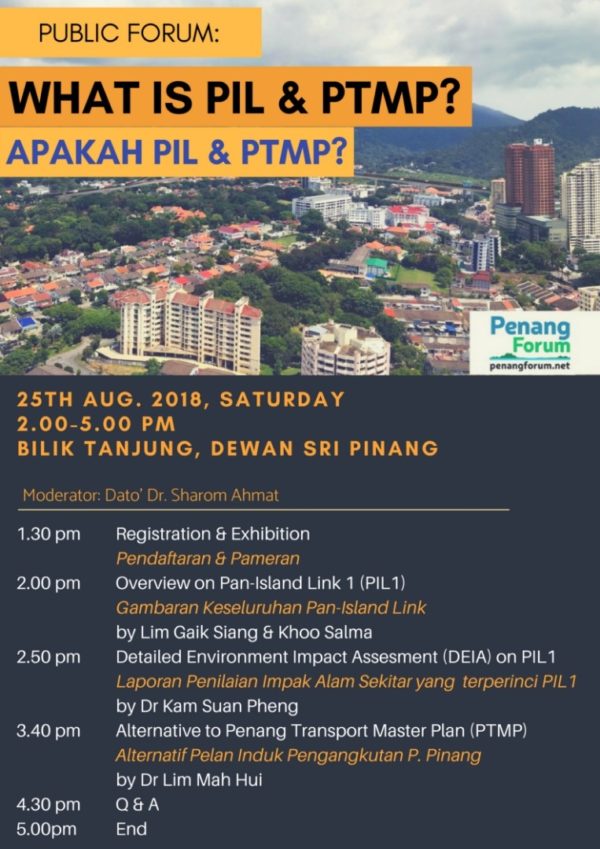 Penangites will not be able to know this answer or understand the methodologies used unless the detailed SRS transport proposal is uploaded online for public scrutiny, assuming that this detailed plan contains all the information needed to answer these questions.

Instead of a systematic cost-benefit comparison of various options based on realistic population and ridership figures, Theng gives spurious arguments using selective case examples. It is disingenuous for example to use the Sydney tram line construction as the reason why Penang should not have a tramway system. Sydney’s problems could be due to many reasons, and one report cites inadequate planning and poor governance, with some seeing it as “the legacy of a rushed process designed to deliver an outcome by a politically motivated deadline”.

One could also cite other examples of very successful tram systems, such as the ones in Rio de Janeiro and Kaohsiung, or examples of cost overruns in LRT construction, such as in Hawaii. Likewise, it is misleading to imply that BRTs where buses have dedicated right of way will mean “intentionally cutting road space” and will “upset the logistic needs of businesses”.

Indeed, I accept that there will be disagreements among us, but let us not confuse the issues by conflating different arguments. For example, it is one thing to agree that a “healthy road network” is necessary, but whether or not a 19.5 km PIL1 highway (that consists half of tunnels through our fragile hills and the other half on elevated viaducts) is healthy or necessary is another issue altogether.

For better or for worse, the transport proposal will have vast and lasting effects on Penang’s environment and will affect the lives of all Penang residents as well as future generations. It is therefore important that we are all encouraged to take part in the discussions and debates, and it is in everyone’s interest that these can be done in a civil manner, without name-calling and the use of pejorative words to discredit those who disagree with us.

Survival of the fittest? Maybe it’s the lazy ones among us who will inherit the earth. Good news for our lepak culture/race?

Out of topic but not out of concern: Pastor Koh inquiry to restart on Aug 27 https://www.malaysiakini.com/news/440000 I have high suspicion that the Polis was somehow (allegedly) involved via mengikut perintah from some high authorities who had ill disgusting designs with certain religious bigots / political parties to “I help you, you help me” in the approaching GE14. And Pastor Koh was a risky political pawn in their believing that they would win the GE14 which they certainly would continue enforcing the perpetual tutup case of the utterly disgusting crime against a peaceful preacher. And part-time worker Lam Chang Nam… Read more »

US President Donald Trump has insisted he will not back down in a standoff with Turkey over a detained US pastor Andrew Brunson.

Meanwhile Turkish currency has devalued 40% since the standoff. If only Pastor Koh is an American…

Ah pek, still on 4wd? Always off track? No wonder can see all the tracks around pg hill. In heritage, walk about in all the back lanes?

What a lousy spin! Pls try harder or you are not following my recent comments with simple comprehension but vent on fake news!
Not a Penangite, but trying hard to shriek from PJ!

If is lousy, then should not call it spin. You go off track. So it is simple like drive 4dw. 4dw is for off track

One good example of ‘they prefer us not to know’ in details of environmental damaging designs before they botak the hills: PIL @ Paya Terubong Paya Terubong’s Bukit Kukus – almost the entire stretch of the hill is scarred to the ‘bones’ leaving treeless landscapes of more than 25 degree elevation. You can see it from the Hokkien Cemetery till the Petronas Station. Below the scars are many houses & apartments which are now at the mercy of muddy flood waters, landslides, mudslides, rock falls & landslips should another torrential rain hit us. Today, it rains relentlessly. Not a good… Read more »

Again, a non-Penangite trying hard to mislead.
In fact, Beach Street in the early days of Pulo Pinang was not a sea-facing road. In fact, the adjacent seafront was a port, a warehouse, a community of wooden houses on stilts & further south were mangrove swamps (now called Sandiland).

Ah pek, you must be very old. Like hongkies, they are quiet when British are ruling and make a lot of noise when local take over. Why quiet when swaps are cleared?

Kek Lok Si Temple, the surrounding ambience of hills, the nearby columbariums (Nirvana Penang West Lake Garden, 槟城极乐寺西湖园 ), the peaceful hill road to Air Itam Dam. All these will be affected by the proposed highway tunnel, whether in Feng Shui, ambience or geophysical disruption. It’s like putting a bunch of disrupting hell’s riders in a meditation centre day & night. Goddess of Mercy Kuan Yin will not like it. Air Itam hills paranormal: I had the privilege to see some photo prints of a 1990’s ceremony by a HK renown priest @ Thien Kong Than Temple (Lorong Pokok Celi… Read more »

Actually Kek Lok Si has never been promoted and now get free publucity thanks to PiL.

Only activist confusing the issues