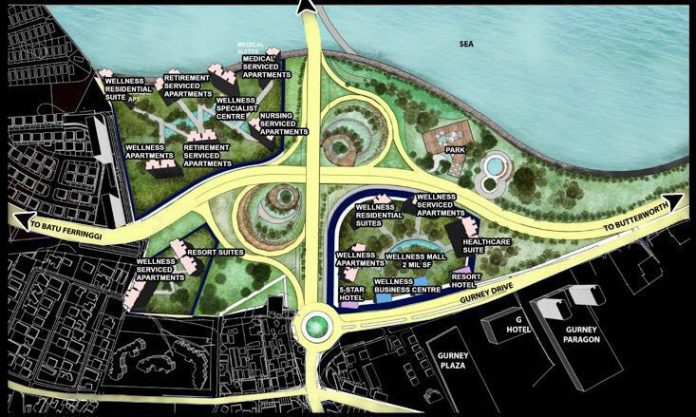 Today, I met someone I know who delivers newpapers to homes in his neighbourhood in Penang every morning on a part-time basis. He told me he used to deliver about 170-180 newspapers on his daily rounds about two years ago. Nowadays, that figure has fallen to around 80.

He said many have terminated their newspaper orders and are turning to online sources of information. A certain English daily is the worst affected though Chinese-language newspapers are holding up.

I told him I expected newspapers to all but disappear within five years. I was surprised when he told me the talk in his circles is that they would disappear within two years. Whatever, it is just a matter of time, especially if the reporting does not serve or uphold the public interest. I doubt that the personal tax relief given for newspaper subs in Budget 2017 is going to stem sliding newspaper sales.

Another friend who describes himself as “a resident of Pulau Tikus losing his seaview” sent in this letter to The Star a few days ago, but as of yesterday it had not yet been published:

The writers of the article “Gurney Drive goes green” published in The Star, 21 October appear to have been taken in by corporate promotion of the so-called ‘Gurney Wharf’ project.

First, by proclaiming that the “Bund turns muddy brown waters off famous promenade jade green”, they ignore the cause of the mud flats that have blighted the Gurney Drive shoreline in the first place, namely siltation apparently produced by earlier reclamation for Phase 1 of the Tanjung Sri Pinang development.

Second, a careful examination of the artist’s impression and promotion for the ‘Gurney Wharf’ project (on full display at the E&O Visitor Centre at Straits Quay) reveals that an eight-lane “Gurney Expressway” running parallel to Gurney Drive will separate Pulau Tikus from the “24ha seafront public park”, accessible only via “two pedestrian retail underpasses”. On the promotional plans, this expressway is shown as “new” and covering “18.03 ekar”.

Worth considering when discussing the future “greenness” of Gurney Drive.

You will notice I am quoted in that Star article he referred to in one bland paraphrased sentence.

Actually, my comments at the talk on Gurney Drive were critical. I highlighted:

But none of this was reported. Instead what readers got first was a positive spin about Gurney Drive. This is what happens when newspapers are reluctant to publish anything remotely critical about property development.

By the way, how much is the bill for the Gurney Wharf project and who will be absorbing the cost (other than the land reclamation cost, which E & O is incurring)?

Jerejak island resort to be redeveloped in JV
http://www.starproperty.my/index.php/articles/property-news/jerejak-island-resort-to-be-redeveloped-in-jv/

The redevelopment masterplan has been approved by the Penang state government which will consist of a bridge linking Pulau Jerejak to the main island, 1,200 units of residential development, a marina, four and five-star hotels, a theme park, 11.5km round-island cycling track and related infrastructure to promote tourism in the state.

Property expos nowadays are ‘laced with’ free gifts & bonanza prizes such as bungalows, exclusive club memberships, cruise trips or just plain cash (in devalued Ringgit) to attract visitors. To capture the numbers (of visitors) to justify selling why potential & repeat advertisers such as developers, home furnishing companies & property agencies should exhibit in their expos, event organisers have to add in the run-of-the-mill attractions (hopefully enticing enough to potential visitors). Even if they have to invite star personalities to ‘jazz up’ the whole event. To successfully capture the ‘golden’ numbers speaks well for their next coming expos. But… Read more »

They are selling lifestyle, not just condominium.

Who cares about lifestyle (unaffordable) when there are free gifts & bonanza prizes?

Many cheapskate like you going for freebies.
No wonder BR1M is a popular dedak.

I read the article 3 times trying to understand the link between newspaper and properties.
There is alternative to traditional mainstream newspaper in Internet, but is there alternative for Penang people for low cost homes on the mainland?
Is this the message by the author? Many readers somehow interpret it this way.

I was just trying to say we are not getting the real picture about the shortcomings of property development and the housing situation from our newspapers. Very little that is critical about property development is reported in the mainstream corporate-owned media. People somehow sense this and that is one reason why newspaper sales are plunging. Why should the public support mainstream newspapers when they don’t uphold the public interest on matters of critical importance.

Actually many English educated folks have already acquired the habit of buying and reading The Star. I have such friend like that who will feel the day incomplete without reading The Star despite the news reported is outdated by internet standard, and its columnists are biased to their master. Forget about NST as it is reporting from Umno/Malay point of view.

You can save RM9 a week by not buying The Star, RM36 a month.
Just read it’s headlines on its website on internet.
The yearly savings could be channeled for better use like saving for cuti cuti Malaysia.

But the problem of the newspaper man has not been answer. 2 years ago he is delivering 180 newspaper when PR is running penang. Now he is BN doing 80 newspaper. He loses his manhood with reduced income and increase in federal tax in gst all because the middle class is no longer buying papers just because ph is in power??

Notice the ‘retirement serviced apartments’ on the map.
Are they meant for the rich (from overseas?) retiring comfortably in Penang?

at least they are not driving alfa romeos or cars unlike the locals. cash is king and why under gilakan liang our money is like banana notes similar to jap occupation?

The Baby Boomer generation is now at retirement age.
Big market for retirement village to suit the lifestyle of grey generation.
Not sure how many local baby boomer folks can retire in peace with their savings when their children could ill afford a home for themselves?

Except for retired gomen servants of executive level, majority (how many %?) can’t afford to retire comfortably (Rm1000+above), not even from the Baby-Boomers. My focused comment: EPF as original retirement fund turns empty Milo Tins before starting age 55 & above. Using EPF savings before reaching age 55 to pay for home loans is a bad idea. Why? Owning a home is good when one can afford to buy in cash or afford to service a home loan long term, but a burden (due to increase in loan interest rate, loss of job, close business) & a temptation to use… Read more »

There should be reversed mortgage scheme whereby a bank could pay you monthly a tidy sum upon your retirement until you kick the bucket, then reposses your property?

Simplest for the Malays to retreat to mainland kampung for retirement.
So the population of Malays on Penang island will decrease over time.

Floodings in Farlim: In front of All Seasons, Jalan Thean Teik.
In just a few hrs of raining, this unexpected flooding reached the top of some cars’ bonnet!
Komtar CAT, what are you doing about hill clearing in Penang???

When fishermen are robbed of their beach access (besides losing out to big fishing boats from neighbouring countries that are studiously ignored) and aborigines are robbed of their forests and streams, there is no organised and officially sanctioned outrage. The Portugese of Malacca have completely lost their little beach to land reclamation, at great cost to their society.

So, are we supposed to sympathise when the ultra-rich lose their nearby greenery in Kenny Hills, KL or their beaches in Penang?

tell anil. he is the representative if ngos and ptc. also he prefers ferry than tunnel. how to disdensity pg population. population is growing and land is shrinking due to roads and beach erosion.

good point. how about the newspaper man! how come middle class also deprive his manhood to feed his wife and children? middle class do something to show to the rich.

Rakyat now realise cash is king.
Got money anything can settle.
Learn from our PM.

Ah Jib’s budget gave tax relief for mainstream newspaper subscription to protect the job of newspaper delivery men? Or to keep us informed of BN policies?

why not the tunnel? pg lang can moves to sp and enjoy the greens and less dense environment but can still work in pg. with tunnel . they can take a direct express bus to sai boey terminal of interchange. look east at japs train astronuat shuttle between tokyo and osaka or down under train between geelong and melbourne. may here they moves and work like donkeys

Resolve ferry outstanding matter first before to proceed with tunneling.

No joke to wait one hour for ferry.

Poor has no choice. No kapcai except two walking legs to take ferries. 4wd can travel by first and second bridge. If tunnel which is nearer and more central will have public buses plying we can tell penang ferry sayonara with its hourly and 10pm service.

One particular local newspaper with diminishing shining star is not carrying news of true interest and justice to its readers and now rely upon publishing properties news to sustain life.

Newspapers (main stream media) & political parties are seen to be controlled by big corporations. More so if they salivate below waist level for $,$$$,$$$,$$$,$$$ (from ad revenues or swap deals). No Money, No Spinning (for corporate bluffs). You scratch my back, I scratch yours. Anil, we appreciate your relentless & brave effort. Your good Karma will be rewarded & also forever remembered by Penangites. Nevermind the monied minds at that newspaper didn’t come off honest in reporting. Karma’s watching them. We may be hungry, we may only have a set of cloth to wear, but we will fight like… Read more »

Today The Sun has one page tribute to Penang Condo King Alex Ooi of Ideal Properties. Likely a paid advertisement to boost own ego?

Ideal was trying to impress us with its CSR plan?