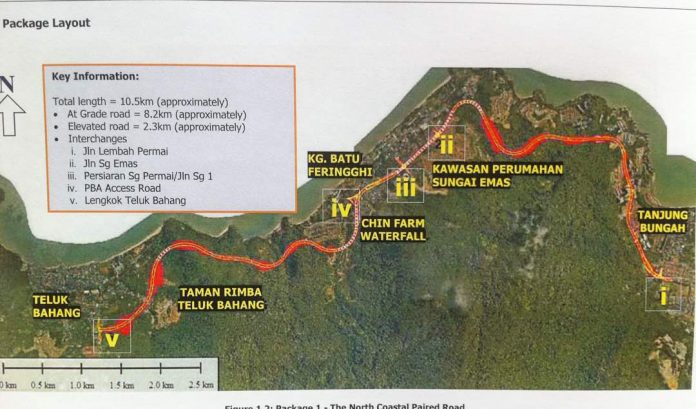 The Tanjung Bungah Residents Association (TBRA) deeply regrets the approval by the Department of Environment (DOE) of the Environmental Impact Assessment (EIA) for the three paired road projects on 10 November this year.

TBRA has learnt about this from the Consumers’ Association of Penang (CAP), who were informed about the EIA approval by the DOE.

We also have learnt that the Penang state government was required by the DOE to submit an ‘action plan’ based on all the issues raised by the public, prior to the EIA approval, and this was complied with by the state.

TBRA therefore calls on the Penang state government to make public the action plan so that we can assess if our concerns have been addressed effectively.

We also want to know if the action plan has addressed concerns arising from the most recent floods and landslides that occurred on 5 November this year and whether and how this has been taken into account in the construction of the roads.

TBRA had raised our concerns regarding the North Coastal Paired Road (NCPR) from Teluk Bahang to Tanjung Bungah both to the DOE and the Penang state government. TBRA had pointed out serious environmental and social impacts of the NCPR especially for thousands of residents living along the road alignment.

What is even more disturbing is the fact that the heavy rains that resulted in the 5 November landslides and floods involve parts of the areas along the proposed NCPR road alignment in Tanjung Bungah. 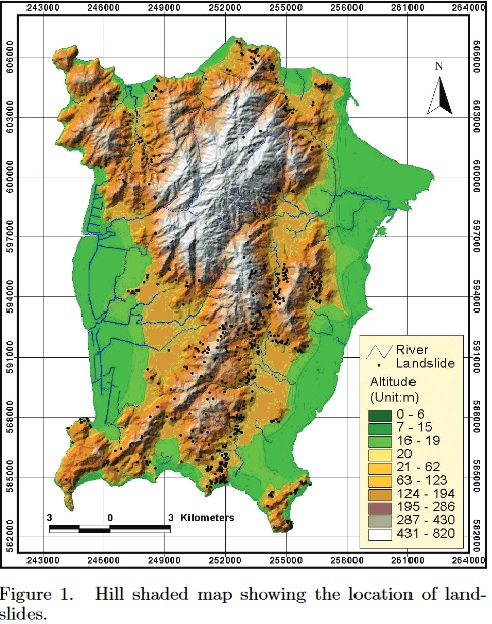 The EIA had revealed that about 46% of the proposed road will be on terrain with a higher than 25-degree slope, which is well known to be ‘sensitive hill land’.

How and whether the Penang state Government and the DOE have addressed this concern remains a mystery to us.

TBRA had appealed to the DOE to reject the EIA and had called on the Penang government to have a dialogue session with all residents along the road alignment of
the paired road to explain the full details of the road and seek their feedback.

We deeply regret that our calls and concerns have thus far not been met by either the DOE or the state government.

Now that the state has provided an action plan to the DOE, it is vital for this to be made public urgently and to seek public feedback, as this will be in line with the spirit of the state government being transparent and accountable to the people of Penang.

TBRA also pointed out and continues to maintain that the ‘saving’ of 14 minutes of time travelled between Tanjung Bungah and Teluk Bahang at a cost of RM1bn for the NCPR will soon vanish once more traffic demand is generated by the new road in the coming years.

What has also not been made clear how the State is going to disperse the traffic from the NCPR that ends in Lembah Permai inTanjung Bungah to Straits Quay.

It therefore incumbent on and imperative for the state government to be fully
transparent on the need for the NCPR, the implications of this to the residents affected
by the road, what alternatives were considered and deemed not feasible and how the action plan addresses all the concerns of the public.

Meena Raman is chairperson of the Tanjung Bungah Residents Association.

TBRA cannot even see the colours of Fig 1. slightly over 1/3 of the tortoise island is green. The rest are non green which is about 180 king foot and above or close to 200 ft sensitive area. With limited non sensitive land, how can the tortoise keep on going with everyone wants to tag onto the tortoise and do not want to lived on the mainland which is more easy going and laid back and ulu. TBRA has self agenda to be self exclusive to others. TBRA argues the 14 min saving will be lost if there are more… Read more »

Feel free to customise and install it on your own website, and help to spread to as many people as possible!

1MDB had divested its stakes in a piece of 310-acre land in Pulau Indah near the Port Klang Free Zone to an entity controlled by Chinese state-owned companies to pay off the latest US$602.7 million debt to IPIC?

Bersatu chairperson Dr Mahathir has promised a slew of reforms to be implemented should the party come to power. Among others, he promised that the separation of powers between the executive, the judiciary, and the legislature would be restored. He said the appointments of some top civil servants would need to have their credentials vetted by a bipartisan parliamentary select committee before the recommendation is forwarded to the Yang Dipertuan Agong for approval. Dr Mahathir apologised for the mistakes he had made throughout his political career. In his speech opening Bersatu’s first annual general meeting today, he said he was… Read more »