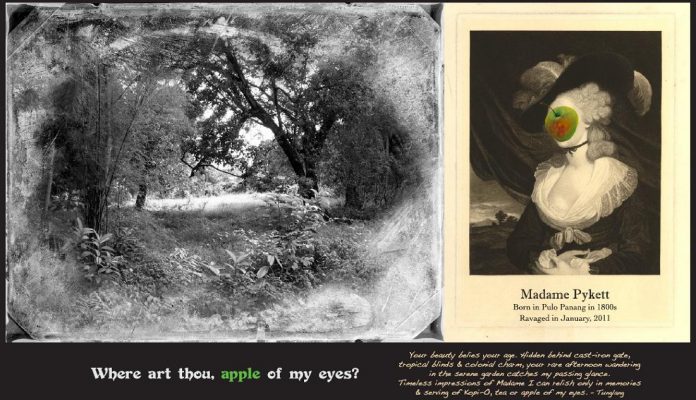 I am baffled as to how the order to rebuild the demolished 19th century historical Khaw Sim Bee Mansion (along Pykett Avenue) could be so easily lifted.

The lifting of the order seems to follow a certain modus operandi – order a halt to construction work, make a big show of ordering rebuilding or restoration, wait until the public outcry subsides or until enough people forget, and then allow business as usual to proceed.

So are you surprised that planning permission for the high density, highrise project was approved in the end after the big show of ordering the rebuilding of the mansion on the site?

A growing number of Penangites are upset over the approval of such high-density, highrise development projects in or around established residential areas.

“This (project at Pykett) goes against all good planning principles as the area is an established low-rise residential area,” said one activist. “(It is a) repeat of the 40-storey block along the two-storey Cantonment Road.”

But the Local Plan has not been gazetted, the monorail project never got off the ground and there are no transit nodes. But that has not stopped the 87 units per acre density being widely allowed for new projects, forget about transit nodes. Penang Boleh?

Penang sure does seem to be a paradise for big-name developers.

This article from the Malaysian Insider:

A group of residents from Lebuhraya Pykett and the vicinity is up in arms over the local authority’s approval of a luxury condo project on the site of an illegally demolished colonial-era bungalow.

Unhappy that the developer was granted planning permission without having to rebuild the unlawfully torn down mansion, and with the high density of the condo project, they have taken their case to the state Appeals Board.

Resident Yan Lee said a group of them filed an appeal with the Appeals Board late last month against the project.

They wanted to try to get the developer, which was building over 290 units of posh apartments in two blocks, to amend its plans.

“We have about 10 objectors. We are trying to get the project scaled down from a density of 87 units per acre to 32 units per acre,” he said, adding that the board hearing has been scheduled for March 20.

The issue concerning the project began on July 26, 2010, when the project developer demolished the bungalow without a council permit.

The incident caused a public outcry among heritage conservationists as the bungalow used to belong to the late tycoon Khaw Sim Bee, who was dubbed the ‘Father of Thailand’s Rubber Industry’ and once served as the Governor of Ranong.

Klassik Tropika Development Sdn Bhd, the developer, was taken to court and in January 2011, the Magistrate’s Court fined the firm RM6,000, an amount criticised by heritage and social activists as too little.

The Penang Municipal Council (MPPP), which tried to get the sentence reviewed for a harsher penalty but failed, then ordered the developer to rebuild the bungalow. The reconstruction was never initiated while the developer tried to get its plans for the apartment project approved.

The rebuild order was lifted following the MPPP’s approval of the developer’s planning permission application in November.

In an open letter to Chief Minister Lim Guan Eng and state local government exco Chow Kon Yeow, another resident Eric Cheah blasted the state for not pursuing the rebuild order and for approving the developer’s plan, despite objections by residents in the Jalan Westland, Lorong Pykett, Jalan Khaw Sim Bee and Jalan Victoria Green area.

He said the rebuild order that was issued to the developer in 2011 was justified, as the state lost one of the most poignant symbols of the Penang-South Thailand historical link.

“For Chow to now say the reason for rescinding the order to rebuild was that the mansion was outside the immediate heritage zone is farcical.

“Isn’t it common sense that all important heritage buildings, even those outside the heritage zone must all the more be given urgent protection?

“… in the aftermath of its heady victory in the May general elections two years ago, has the state government forgotten its law and even more crucially, its values?” he said in a strongly worded letter that was emailed to both Lim and Chow today.

This morning, MPPP president Datuk Patahiyah Ismail and Chow were both grilled by the media over the rescinded rebuild order and the approval of the developer’s application for planning permission.

They explained that the council had stalled the project by not approving its applications from 2010 to end of 2014, and that the demolished bungalow was not categorised as a heritage structure.

It was then revealed that the council was going by an old heritage building inventory, which was prepared in the late 1980s.

“State heritage agency George Town World Heritage Incorporated (GTWHI) has enlisted consultants to update the inventory. They are looking outside the core and buffer zones to list down heritage structures,” she said.

In September last year, GTWHI general manager Lim Chooi Ping told The Malaysian Insider that over 2,500 buildings around the island have been listed in the new Penang island tangible heritage inventory draft, the result of studies conducted in multiple site visits from October 2012 to June last year.

The buildings, she said, were found to be “eligible for heritage listing”.

“Although GTWHI only covers the Unesco heritage zone, we believe the preservation of heritage buildings outside our area is important too,” she said.

Reporters also asked Patahiyah and Chow how the council could approve the new condo project with a high density of 87 units per acre in an established neighbourhood.

Chow replied that the area was categorised as a general housing zone, not a specific housing zone; so higher density projects were permitted.

Meanwhile, according to Free Malaysia Today, the Appeals Board has ordered the MPPP to furnish the following documents to the appellant within 30 days:

1. A copy and particulars of the re-build order issued to the developer by MPPP;

2. Minutes of the council’s one-stop centre (OSC) in relation to the non-compliance of the re-build order;

3. All technical departments’ comments in relation to the non-compliance of the re-build order;

4. A copy of the charge sheet against the developer for illegal demolishment of a two-storey building;

5. A copy of and particulars of the following rejected planning permission applications:-

6. Minutes of the OSC and/or the state planning committee (SPC) and particulars in relation to the increased permissible density of the subject project land;

7. All technical departments’ comments in relation to the increased permissible density, if any, of the subject KM land;

8. A copy of the traffic impact assessment report/study;

Lim Guan Eng is transferring Lim Chooi Ping from the George Town World Heritage back to the Planning Department starting January 1. Be warned.

In the last 5 years of her tenure, Lim has clearly come across as a CM Lim’s favourite. It is interesting that her exact new portfolio was not announced. Typical way things happen — Boss wants her in the department to do his bidding effectively.

Penang, expect to see even more expediency in the way magic happens around Lim Guan Eng!

The developer apply for planning permission to build medium cost apartment, but 75% of the units are (allegedly) above RM400,000. The residents should highlight this to the State Appeal Board.

Many old bungalows along Gurney Drive were torn down in the last few decades to make way for the current stretch of high rise shopping malls and condominiums but nobody complained then?

Because those bungalows don’t have a colonial master and servant flavour hence angmokow lovers have no sentimental affinity?

Anything associated with Mat Salleh could appeal to certain group of people.

What is contribution of the 19th century magnate Khaw Sim Bee (governor of Phuket in the 1890s) to Penang?.

Made money in Phuket and spent in Penang ?

Jalan Khaw Sim Bee was not simply named for nothing.
And neither did Mr Khaw deposit some contribution money into state gomen coffer as some kind of inducement or favours.

This is a difficult title. Anil, perhaps it needs to be even more more direct for people easily confused by legal concept of order, and lifting of order? Perhaps “Stunning reversal: Developer freed from obligation to rebuild demolished historical mansion.” Or “Shock to heritage lovers: MPPP rescinds ban, allows condo to be built on site of demolished historical mansion”

Still not good. Whatever. Just trying to help this article reach more audience.

What’s the difference between the “Comment” box above, and “Leave a reply” box here? The above only for FB?

Okay, I have reworded the title, thanks.

Yes, the comment box above is for fb comments.

Thanks for the reminder. A bit of a rush job!

Not all old buildings have heritage significance.

Want to bet? The same Wayang Kulit Kucing will happen to Botak Hill. Whether it is (suspected) kam cheng or arrogance of CAT gomen, the utter disdain for decency of state development & sincerity of preservation of Pulo Pinang heritage will go on. I am not sure about Mr. Chow’s state of mind, but one thing I am certain about him: he is conveniently used by an unpalatable Niau Kong as a 24/7/365 public punching bag. Not a nice YB perception for a very promising future CM. For the time being, expect more destruction of our heritage for money, money,… Read more »

Any comment on the living heritage of sundry shop (kedai runcit) that will be annihilated by GST …?

There is a cat character in New DreamWorks movie called Home. Nisi lovers will enjoy this movie. You better watch Fast and Furious 7 and can learn to drift your 4WD 🙂

Wandering soul of Madam P without a shelter is seeking help ? Could be the manifestation in the writings of one foodie turned heritage activist ? If so, better get Sia Boay Ghost Adventurer to act as medium ti understand her plight and may be a mini mansion replica can be erected there ?

Just look at our IGP that fits your description.