Our gut feeling may tell us that some parts of Penang appear more landslide prone than others, but are there any scientific or geological grounds for such concern? 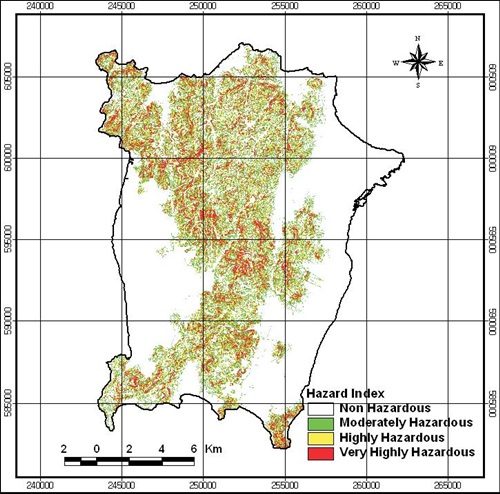 Landslide hazard map – Maps from paper by Lee and Pradhan

Here are a couple of maps reproduced from a paper on ‘Probabilistic landslide hazards and risk mapping on Penang Island’ by Saro Lee (Korea Institute of Geoscience and Mineral Resources) and Biswajeet Pradhan.

This paper looks at landslide hazards and comes up with a landslide risk analysis of Penang Island using Geographic Information System (GIS) and remote sensing data. From this a hazard map (above) was produced with a high degree of accurarcy, the authors say.

Extract from the paper:

There are ten landslide inducing parameters which are considered for landslide hazard analysis. These parameters are: 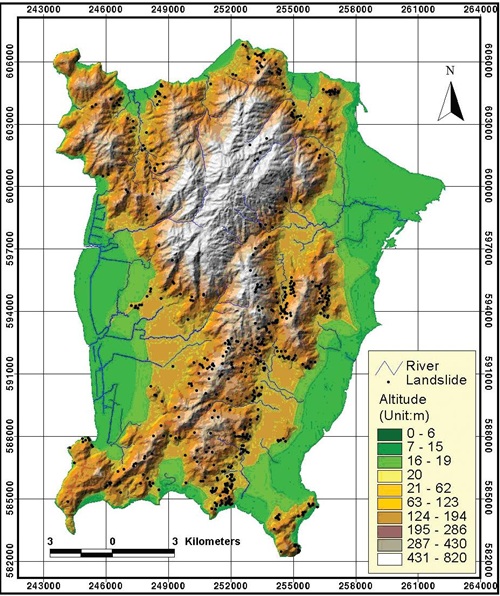 As seen above, there are so many factors that determine the susceptbility to landslides. Among these factors, the authors note:

Well, we can’t say we haven’t been warned to take all this into account in our land-use zoning and regulatory management.

Could this study have over-counted “land slides” by counting hillside denuding for agricultural use?

Denuding is bad, but could this affect the accuracy of landslide counts? Is each of so many sites really verified by eye and field work?

“Landslide locations were detected
by aerial photo interpretation and further verified
by fieldwork. These landslides can be seen in
aerial photographs by interpreting breaks in the
forest canopy, bare soil, and other typical geomorphic
characteristics of landslide scars.”