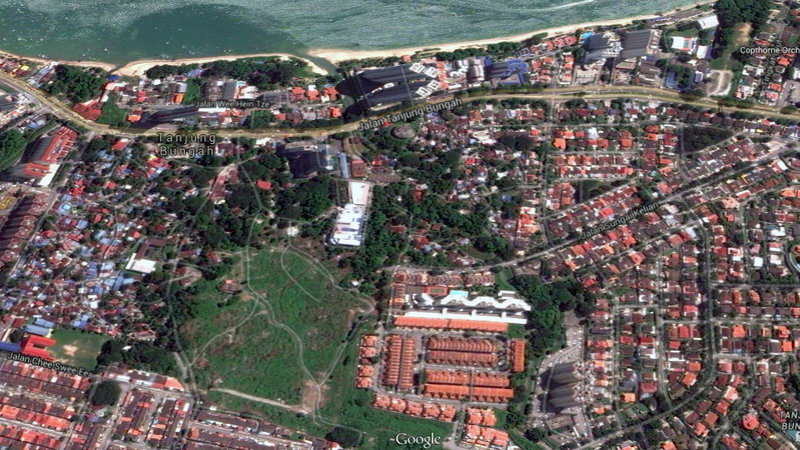 The online petition, launched on 4 April 2015, has so far drawn about 600 signatures. The petition can be found here.  Over a thousand other residents had already signed a manual signature petition.

The project is located on a 19.08 acre plot of land, located between Jalan Sungai Kelian and Jalan Loh Poh Heng, Hillside.

The residents claim the project will have an effective density of 49 units per acre whereas the Penang Structure Plan 2007 only allows 15 units per acre for the area. A lawyer at the affected residents’ press conference on 4 April said MBPP policies and guidelines cannot override the text in the Structure Plan, which was gazetted. The text should also take precedence over the rough sketch in the Plan which was surreptitiously amended to show Tanjung Bungah as a primary corridor with a higher density, said the lawyer.

Moreover, strata title holders in the adjacent Desa Embun Emas apartment complex did not receive individual notices informing them that they could object to the project.

A similar online petition against a high-rise project in Batu Ferringhi has so far drawn over 1200 signatures.

This is nothing compared to what’s coming next. The Tokong is lining up the largest project in the Malaysian history – the Mother of all Environmental Disaster. See the report in the Edge below.

At the rate it is going, the traffic there will sure be a big problem. Where is that proposed pair road running from Tanjung Bunga to Teluk Bahang ?

one 49-storey building and one 34-storey building then Penang will have “Two Protruding Turtle Heads” as Tanjubg Bungah up north has long been associated with tip of turtle.

You ain`t seen nothing yet. The beauty of our beloved island will be finished under the CAT. We must kick him out before its too late.

Middlebank_600GEORGE TOWN: A civic group has questioned the wisdom of carrying out the state-proposed Middlebank reclamation project in the Penang Channel to facilitate implementation of the Penang Transport Master Plan (TMP).

Heng or Huat
Reply to  Yang

Yang not able to gain from new housing projects hence his outbursts ?

Heng or Huat
Reply to  Yang

Yang better state his stand if he still support Najib or has switched over to Mahathir ?

Yang
Reply to  Heng or Huat

Before I supported DAP & PKR but I just like many are now disillusioned with them. I will support BN and Najib next GE. Don`t talk about Mahathir. He is irrelevant just trying to find trouble because he can`t` get even with Singapore. He want them to continue the crooked bridge but dare not do it when he was PM.

Developers are required to pay the state government 200-300k per unit of apartment built as development fund. In return, they are allowed to build very high density projects. The development fund is then used to finance road widening and other projects deemed important by the state gov. That explains why we are paying exorbitant price for new apartments and why high density projects are encouraged by the state.