More and more people are speaking out against the much-criticised contractor-and-developers’ 19.5km highway plan in Penang, which will affect a few hundred homes and cross over much-loved parks in Penang.

All kinds of people are campaigning actively against the project, it is hard to miss it no matter where you look.

A children’s art activity against the highway: 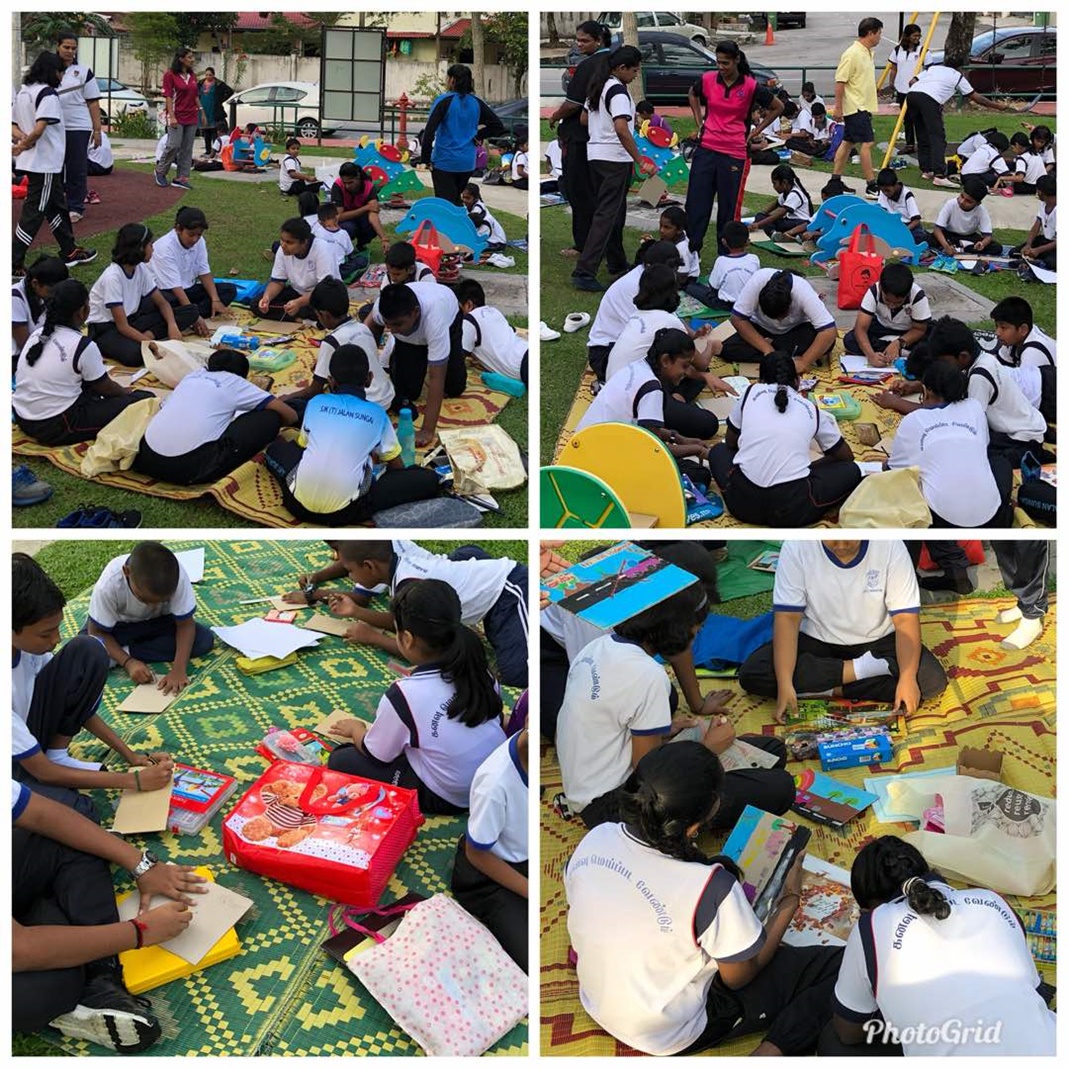 Look at their excellent work: 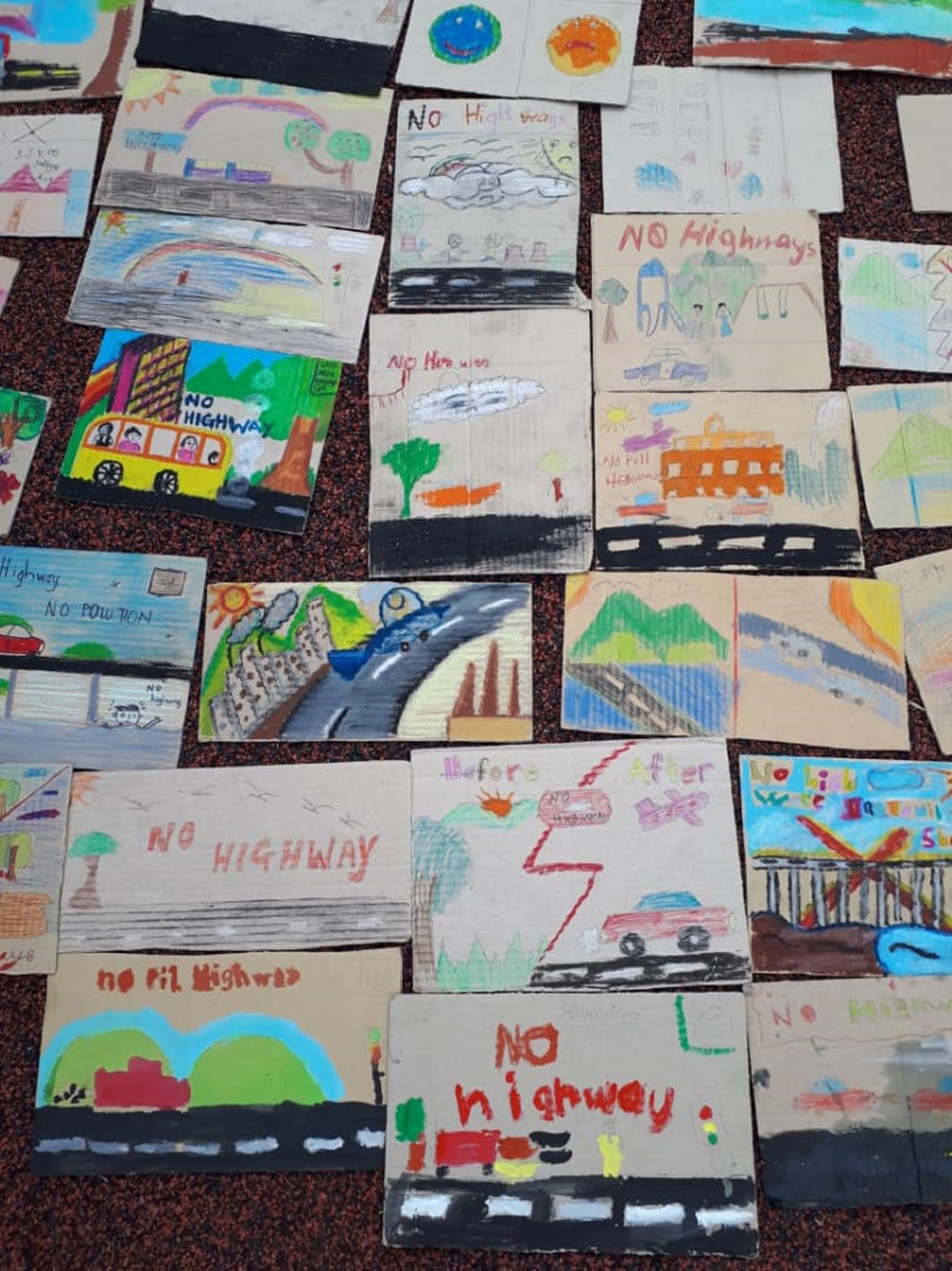 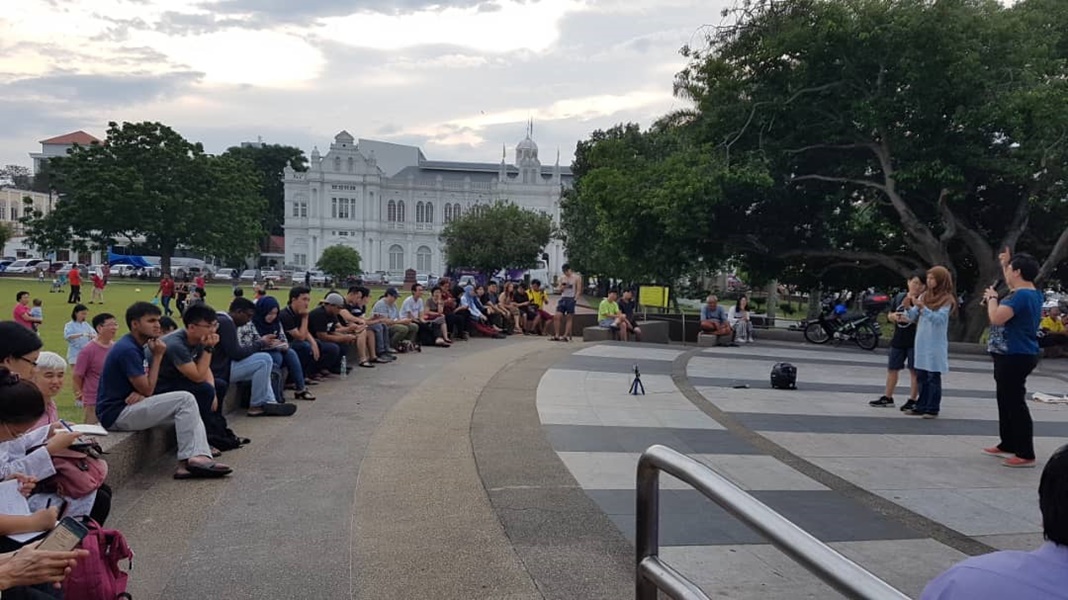 Then there are the many articles popping up all over the media, and some of these are reproduced in this blog. And of course, The Star carried a front-page story about the Kek Lok Si Temple’s firm opposition to the highway.

An online petition calling for the cancellation of the highway has so far gathered over 4,000 signatures and counting.

And now someone else has just started another petition titled ‘Development for Penang, not Penang for Developers – CANCEL SRS!’

Thanks to pressure from civil society groups and widespread concern, the federal government has extended the viewing period of the environmental impact assessment by a couple of weeks until early September.

Meanwhile, residents in Sungai Ara have asked the state government and SRS Consortium, made up of a contractor and two developers, if they were the ones behind the Support Penang Transport Master Plan Facebook page. But both parties have denied they had anything to do with the page, where a lot of the propaganda in support of the highway is posted. Several commenters to the Facebook page have complained that their comments critical of the SRS plan have been blocked or deleted from the page.

The Facebook page has a link to a state government website http://pgmasterplan.penang.gov.my/index.php/ms/. This website link is itself misleading as under the section Muat Turun (download), it actually shows details of the original Halcrow Penang transport masterplan, which does not even mention the Pan Island Link. Neither does it mention the SRS contractor-and-developers’ plan, which the state government is so gung-ho about.

Adding to the ‘merriment’, Someone has even set up a parody Facebook page, mocking the Support PTMP Facebook page that no one wants to admit they are running.

Lots of activities have been held all over the place, it is hard to keep up. 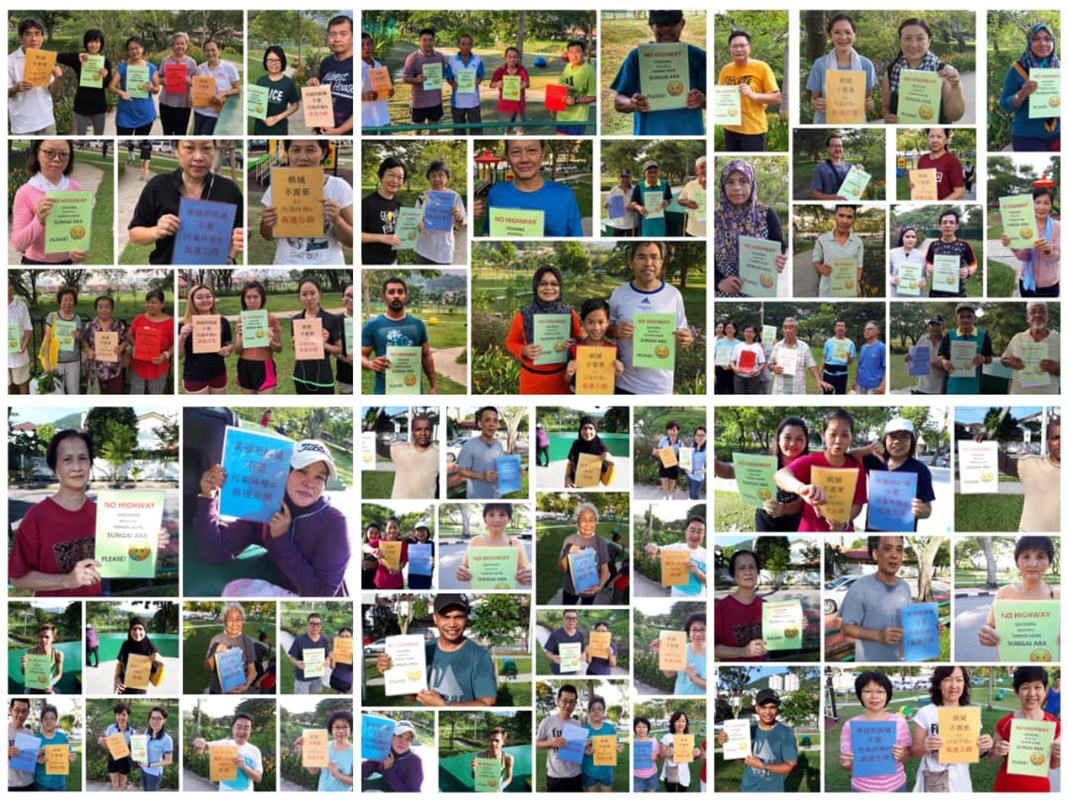 All these efforts are being carried out by many concerned ordinary people using their time and talents. But they have their worked cut out for them as they are probably up against a well-funded public relations team or corporate media propaganda department.

Still, as mentioned last week, the public opposition to this ill-conceived contractor-and-developers’ highway project looks set to grow even further and surpass the Save Penang Hill campaign around 1990 and the Stop Penang Global City Centre campaign in 2007-2008, both of which halted hugely controversial projects in their tracks.

On a parting note, check out how highways wrecked American cities:

YES!!! YES!!! YES!!! My neighbours have registered their protests, as have I, and I am so relieved that many people in Penang are finally waking up to how they are being hoodwinked by this Mega unsustainable, non-environmentally sound highway plan.

Just need to make some small sacrifices for the benefits of majority Penangites.

Window of opportunity for Gerakan to make a comeback.

Thow out developers and bring in genuine transport consultants. So far SRS proposals are sheer nonsense. Pls take immediate action before tarnishing the image of state government any further.

Taman jajar is a very narrow park. A six lane highway crossing on top of it would effectively cover the entire park. And the CM was talking about beautifying the park? What politician crap! Now that dap is government they need to sleep less with the property developers in Penang. I am supportive of public transport part of the pmpt but the highway and tunnel an add on to increase the profits of the developers.

Good write up. Thank you. My park is affected. My neighbours are affected.

Paying the price if high propensity of car ownership.

Why residents and pf no protest to stop 2rd national car?

Air Itam residents worried mega project could worsen flood problems https://malaysia.yahoo.com/news/air-itam-residents-worried-mega-142820658.html GEORGE TOWN: Air Itam residents are concerned that the implementation of the Penang Transport Master Plan (PTMP), especially the 20km Pan Island Link 1 (PIL 1), could lead to more severe flooding. Residents’ representative Tan Seng Chai said the expected clearing of the hills to make way for PIL 1 could worsen the situation. “Please consider people who are staying here,” he said during a briefing session by Penang Forum on the PTMP, here, today. “It is getting clear that the project will impact us. “Even early last week,… Read more »

Depression will be a major mental health illness among Malaysians by 2020 as more people are expected to experience increased stress due to work and family pressure, says Tan Sri Lee Lam Thye.

The Patron of the Malaysian Psychiatric Association (MPA) said according to the 2017 National Health and Morbidity Survey, 29% of Malaysians had depression and anxiety disorder compared with 12% in 2011.

So try not to get too stressed out by the highway plan.

Nice to get rid of that virulent cookie denying my access to this blog. Somebody must be planting that cookie to gag me. Nyiamak!
Hello, bigjoe!
Penang is not your fancied SingLand. Come to Penang & see the many still unrented refurbished prewar houses by your SingLander comrades.

Unrented prewar houses are owners’ problems . it is part of their business investments. They did not cry or beg from pg gomen or from you It is like buying 4 ekor. Either win or lose.

Why worry, singland dollar is about 3 times ringgit. It is chip chip. Singland are loaded can afford to lose. They are waiting for few more years

Wow, can see quite a number protesting there ! Japanese also protest ?

Ah, it’s the flag of Japanese Imperial Army ! Back to world war II ? Or Han Jian ?

It is the logo of Japanese heavy metal band Loudness.

Looks like some self serving old folks who couldn’t care less about the state’s future growth and economy.