While much attention has been given to Botak Hill, that controversial hill actually blocks the view of many Penangites from the extensive hill-clearing and scarring further inland at Paya Terubong, especially at Bukit Kukus.

The satellite image above is shocking. The white line marks the threshold of 250 feet above sea level, above which no property development is allowed under the Penang Structure Plan.

Take one look at the image and you won’t be surprised by the flash flood that struck the area last year. Residents there are already upset with the cutting and clearing that is evident.

More photos have emerged of the scarring like this one below, taken by a concerned Penangite: 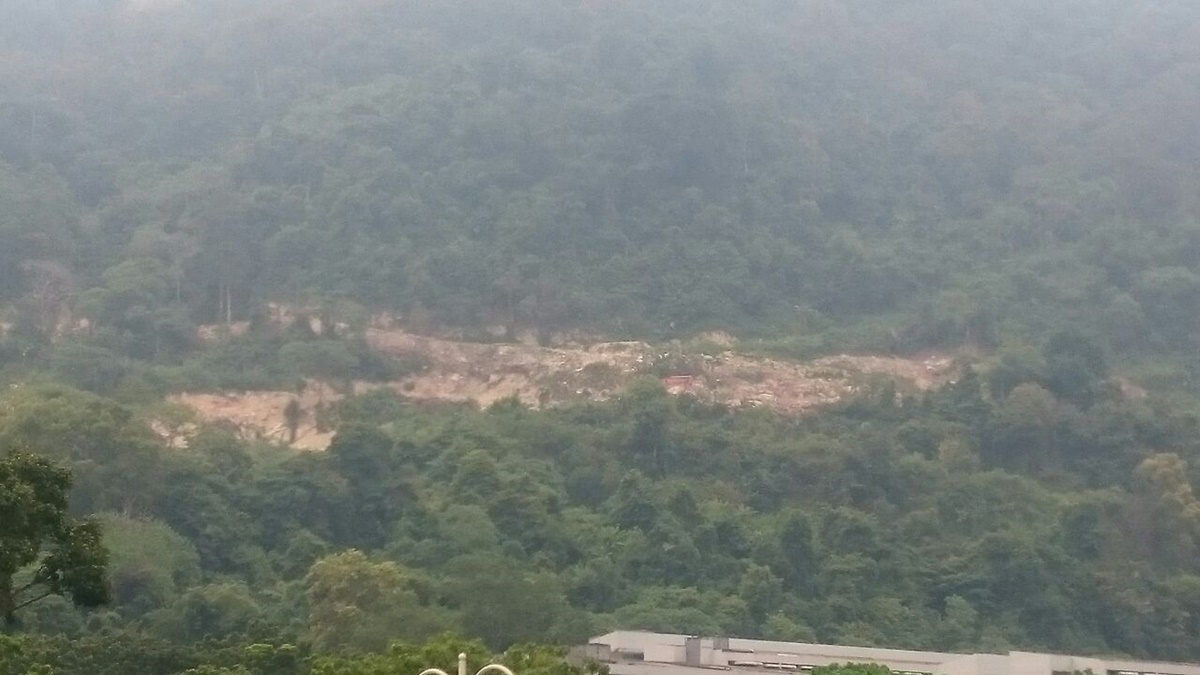 The site is opposite EcoWorld’s Lawn, close to the end of Paya Terubong. And this is the larger view: 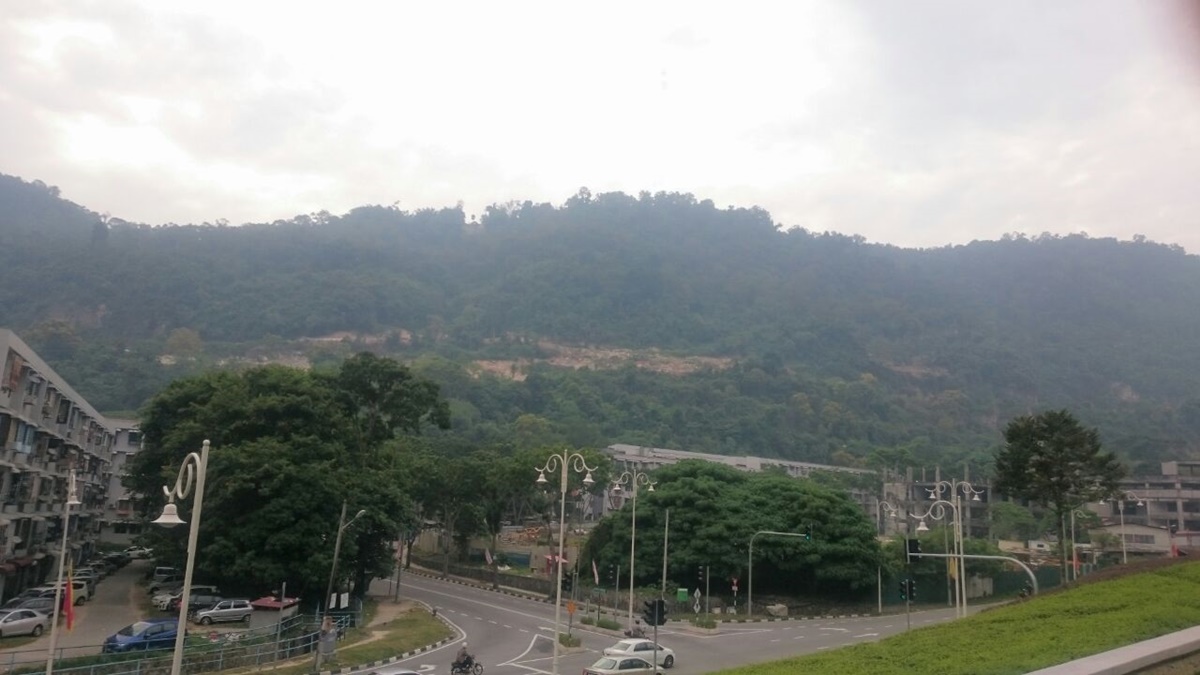 Apparently, this was a long abandoned housing project and a section of it is for the new “paired road”.

Surely the folks in Komtar are aware of all these clearings, a lot of it by property developers. But it looks as if not enough if being done to restore such hill clearings to their original condition. We await the next flash floods in Paya Terubong.

Got pokemon to catch at Paya Terubong? Please advise.

commonwealth gomen needs gst and extra. lrt or brt licensing needs more to get ok. no money no talk.

CM Lim urges civil society to oppose base on facts, not emotions

An act of fury is not emotion?
Cake tak serupa bikin!

Anil
The Forumers must work extra hard now that YB Chow declared in latest Buletin Mutiara that your option is not practical to be implemented. Could he mean your option has no funding the likes of trinity if SRS aka Gamuda, Ideal n who is that Loh Holding?

Of course, we know they will favour Big Business and Developers. We need people like you to mobilise your networks in favour of the alternative.

cleaner and green as there is no traffuc jam for ah soon, rahman and velu to spill out more toxic smoke and burn more petrol with cars at bullock pace. look at ayer hitam how pedestrians like ah pek to cross road? more traffic lights? more jams.

I suspect they want to clear the whole Penang. Damn….

clearing starts with ang mohs. light cannon wirh sliver and people clear the jungle just to find the coins. they are greener than those clear to build houses to live?

I don’t always head that way but each time I drive thru the Paya Terubong area I feel the creeps (“geli”) looking at the extensive steep hill clearing that has been taking place there to make way for medium to low cost high-density high rises. It’s a massive land slip waiting to happen in our tropical climate!

you mean thousands staying in those flats waiting for their day if rekoning?

Do Penangites need a “Karak Highway” in Paya Terubong?
Such a highway (in the building) does not have to wait for 7th Lunar Month for unearthly & deadly things to happen at sharp corners.
Mc Laren (Formula 1) may be too happy to give a PR hair-raising trial-run on this future “Karak Highway” on official opening day!
Note: Green horned MyVis drivers are advised to exercise restrain & caution of max-safe driving without the Cosmopolitan Ego driven-over-the-edge by Starry_Eyed Bucks coffee in the wee hours of the morning.

The new hill clearings running parallel to the main road of Paya Terubong are for a new road linking Jalan Bukit Kukus to Bukit Jambul? This is a new “hair-cut extension” for Bukit Kukus solemnised by Niao Kong? Q: Are the hill slopes (some of which are at more than 45° slopes) stable after hill cutting at the base? Q: The numerous huge boulders dotting the entire Bukit Kukus are potential run-away crushers of homes at the foothill. What guarantee there will not be a repeat of the 1997 hill landslide in Paya Terubong? Q: Residents in Taman Seri Rambai… Read more »

Willing buyers and sellers. Apart from willing complainers why not willing laughters? Developers are throwing money in building houses with no occupiers. Deliveries are willing to transport material to the site. How about the willing long supply chain? Why complain when we are culprits to turn on the lights every night and scar the planet earth with pot holes of light at night

Just wait a while and it will turn into paradise.

Stanley means P Terubong can be transformed into elite homes of the privileged ones?

Another round of economic social engineering in one of the last bastions of local Penangite residences?
Greed knows no bounds in an era of Cosmopolitan Penang Frenzied.
Karma is watching.

Present Penang Government appears very keen to have many new homes (more revenues via cukai pintu) with no regard of the fact that there are already many vacant homes not affordable to many living humans (but could be snapped up in 7th month wandering souls of another dimension)?

Flash flood already a headline at airport, and soon at Paya Terubong. Now the wild boars and monkeys there may have to swim over to Pulau Jerejak to seek refuge?

close down pg airport. airfiekd collect water and no where to go. let rainwater soak into the ground. otherwise water will create flood like landside.